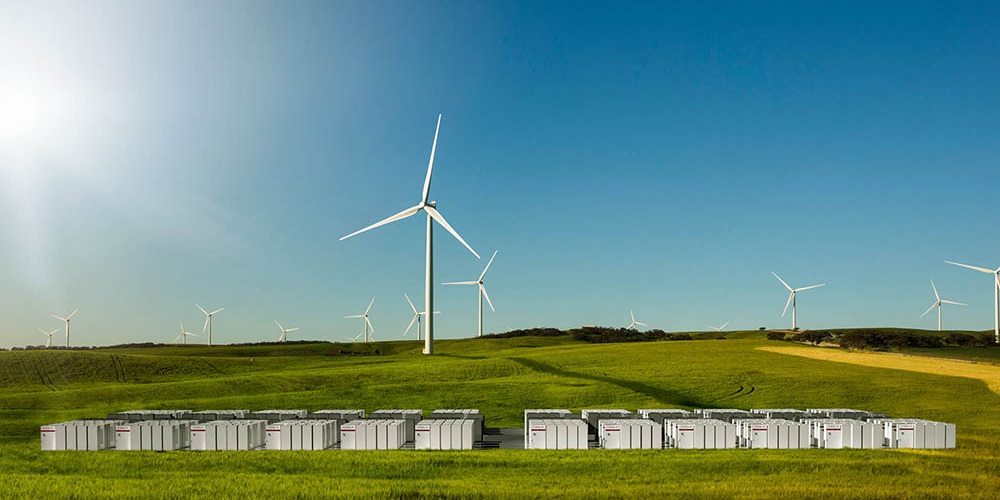 Update: Today, December 1, Tesla's installation was powered on as scheduled.

What is currently the world's largest lithium-ion battery farm, with 100 megawatts (MW) of power, is set to go online December 1 in South Australia.

Following a number of extremely severe storms that rocked the region in late 2016 and early 2017, often leaving tens of thousands of homes without power for more than a week at a time, as well as heat waves that taxed the electric grid beyond its capacity, the state government began looking for more reliable power.

After putting the word out to numerous potential energy providers worldwide, an offer from U.S.-based Tesla caught the state government's attention. Tesla CEO Elon Musk promised to build a battery farm and have it operational within 100 days of receiving a firm commitment from the government, or else the whole project, estimated to cost $50 million, would be free.

While one faction of the state government has been promoting renewables, another has been promoting a return to an emphasis on coal-powered generation. Tesla's project is designed to provide more impetus to renewables—primarily wind, by storing energy being generated by the wind during off-peak times, and then making it available during times of high demand. Specifically, the battery farm, located north of Adelaide, is designed to store wind energy from the Hornsdale Wind Farm, a project of French company Neoen.

"The Tesla Powerpack system will further transform the state's movement towards renewable energy and see an advancement of a resilient and modern grid," Tesla announced in a statement issued in July 2017. "Upon completion by December 2017, the system will be the largest lithium-ion storage project in the world, and will provide enough power for more than 30,000 homes, approximately equal to the amount of homes that lost power during the blackout period."

This week, the battery is undergoing testing to make sure it will be able to meet regulatory requirements before going live on Friday, December 1.

The project took approximately two months to comlete, well short of the 100-day maximum that Tesla set as its promise.