Vestas and Tesla Team Up for Wind Power Storage 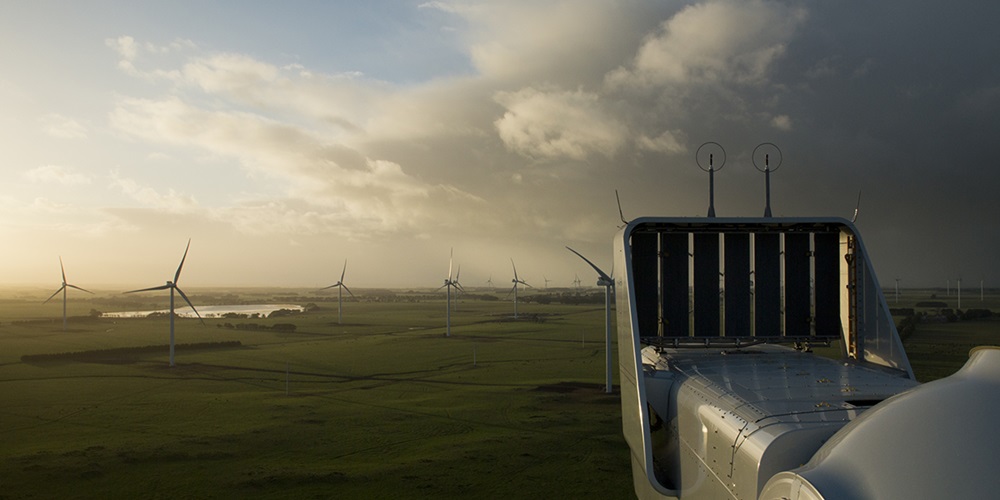 It is becoming commonplace in the renewable energy sector for overlapping industries to team up for opportunities of scale and efficiency. Witness the evolution of electric vehicles (EVs) as not just a clean way to get around but as a key storage component of the smart grid.

Another marriage of overlapping industries has taken place between battery technology and wind and solar generation.

One of the more ambitious executioners of this strategic approach to clean energy has been EV and battery manufacturer, Tesla. The company has already made a highly publicized acquisition of solar installer SolarCity. That acquisition was a logical fit for a company that builds high end EVs and sleek residential battery storage devices. Now, homeowners can charge up their cars from stored power that was generated by the sun, all under one roof.

It seems that Tesla has also been eyeing wind power. Earlier this year, Danish wind turbine manufacturer, Vestas, announced that it was working with Tesla to explore opportunities to combine wind turbines and batteries.

As reported by Bloomberg News in September, the world’s largest wind turbine manufacturer is seeking to add energy storage to its wind farms. Tesla is just one of many batter manufacturers it is working with on 10 different projects around the world.

According to Vestas Chairman Bert Nordberg, the company is seeking a competitive edge after surpassing GE last year to become the largest wind manufacturer in the United States.

The projects are part of the company’s effort to “explore and test how wind turbines and energy storage can work together in sustainable energy solutions that can lower the cost of energy.”

For its part, Tesla has demonstrated its own commitment to blazing a trail in the field of storage. This summer, the Pleasanton-based company announced it was building the world’s largest lithium-ion battery in South Australia.

In 2014, the company broke ground on its new Gigafactory in Sparks, Nev. The mammoth manufacturing facility will produce batteries for Tesla vehicles. When completed, it is expected to be the largest building in the world.