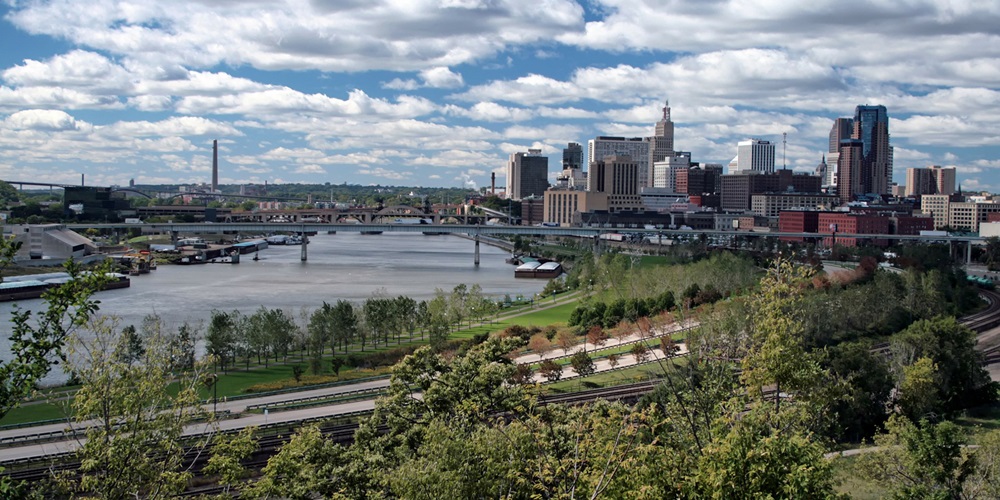 Research conducted in 2015 found commercial and residential energy accounted for just over half of the city's greenhouse gas emissions, making the buildings sector a key focus for climate change mitigation.

Working with Xcel Energy's "Partners in Energy," the City of St. Paul convened a technical advisory group of local energy and building sector experts, whose goal it was to assess the technical feasibility of strategies and advise the city staff and officials on impact and prioritization.

Work has already begun, such as retrofitting incandescent and fluorescent lights with LEDs on the exteriors and interiors of buildings, particularly gymnasiums and parking structures; upgrading the City Hall Annex to occupancy-sensor LEDs; installing 6,000 LED street lights (representing 15 percent of city-owned lights); installing cooling efficiency upgrades in areas such as data server rooms; replacing inefficient motors and pumps throughout all departments of the city; installing efficiency controls and energy management systems in over 30 city-owned facilities; and participating in Xcel Energy's "Energy Design Assistance" program to integrate efficiency into all new city-owned buildings. To date, these 476 energy efficiency projects have saved 12 million kilowatt-hours, representing approximately $1.3 million.

The city is also working to secure a $550,000 grant from Xcel Energy's "Renewable Development Fund" for a 100-kilowatt solar photovoltaic installation, and it is working with GreenMark Solar to subscribe to up to 8 megawatts of community solar, enough to cover approximately 25 percent of municipal building electricity use and also saving $165,000 in annual energy costs.

The city has also built the St. Paul EcoDistrict in the downtown area, the only place in the nation where visitors can explore six solar photovoltaic installations, one solar thermal installation, district energy, heat recovery, combined heat and power, and other renewable energy and advanced technology solutions. It's all concentrated in a four-block area.

The city has also installed about 40 electric vehicle charging stations and is working with public and private entities to install more.