Solar Power Around the World: Chinese Panels Continue to Thrive Despite U.S. Tariffs 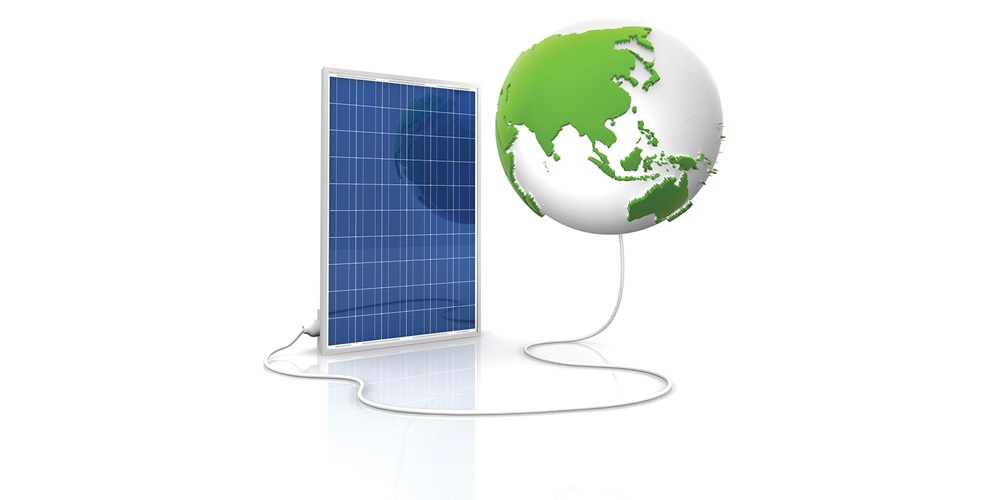 When President Trump enacted trade tariffs against imported photovoltaic (PV) cells and panels in January, he was angling to give U.S. manufacturers a leg up against low-priced Chinese imports. Now, a move by China’s chief energy managers to dramatically slow that country’s own solar-energy expansion promises to negate that benefit. In fact, even with the tariffs, U.S. prices for Chinese products soon could fall below late 2017 levels.

China has expanded its adoption of renewable-energy generation at a remarkable rate over the last several years. Sixty-five percent of the nation’s electricity generation comes from coal, but that is down from 80 percent just a few years ago, according to International Energy Agency figures. In 2017 alone, China installed 52 gigawatts (GW) of new solar capacity (a 50 percent jump over 2016), which almost matched the 53.3 GW total for all U.S. installed solar capacity now in operation. Utility-scale installations hit 34 GW in China last year, representing a third of the global total for such projects.

That rapid adoption came to an abrupt halt, or close to it, on June 1, when China’s National Energy Administration announced that permission for new utility-scale projects had been halted and feed-in tariffs for all solar-generated electricity would be reduced by up to 9 percent. Also, capacity from new distributed solar projects (installations connected to local distribution grids) now is capped at 10 GW, down from a previous target of 19 GW, for the rest of 2018.

Difficulty tying these often-remote projects into the national grid is one reason for the move. According to Bloomberg New Energy Finance (BNEF), China curtailed 10 percent of the solar energy it generated from entering the grid last year due to lack of transmission access to urban markets. Even more significant is solar subsidies’ effect on China’s national electricity bill. The country paid $15.6 billion in feed-in tariffs to both local and utility-scale solar owners in 2017, according to energy consulting firm Wood Mackenzie, and that figure could hit almost $39 billion by 2020. As a result, future projects will need to bid into Chinese energy markets without the benefit of feed-in tariffs, putting them in direct competition with coal and natural gas generators.

China’s announcement surprised solar manufacturers. GTM Research suggested the move could cut this year’s forecast for added PV capacity in the country by 40 percent, almost 20 GW. In the short term, this reduction will lead to a significant oversupply of solar panels and related manufacturing capacity in the international market. While the U.S. tariffs will provide some insulation against falling prices for U.S. PV manufacturers, analysts suggest oversupply-related cost reductions will undercut the tariffs.

The four-year U.S. tariff program announced in January imposes a 30 percent tax on all imported solar cells and panels for 2018, and that tax will decline by 5 percent each year through 2021. BNEF estimates Chinese panel prices could fall 35 percent this year because of the sudden oversupply, with another 10- to 15-percent drop in 2019. This will put renewed pressure on U.S. manufacturers which, according to BNEF, have previously planned to boost domestic production capacity by 4.55 annual GW-hours in response to the tariffs. While U.S. PV manufacturing companies will be in better shape with the tariffs than without, they still face a global PV glut.

On the plus side, the rapid drop in panel costs could keep U.S. installers busy, especially on commercial and utility-scale projects that are most vulnerable to price increases. GTM Research and the Solar Energy Industries Association had predicted flat to falling growth for these projects over the next couple years in their U.S. Solar Market Insight report for the second quarter 2018. However, availability of less expensive imported panels could make projects more economically viable and keep the solar power installation industry growing.

Analysts see an even bigger potential impact in Asian markets outside of China. According to BNEF, solar energy is already at a point where its price undercuts generation from fossil fuels. This is a particularly timely development because energy demand, especially for electricity, is rising rapidly. Globally, electricity demand was up 2.5 percent in 2017, according to analysts at research and consulting firm Enerdata; demand in India rose by 5.3 percent, and Japan’s demand was up by 7.2 percent. These increases led to the first rise in global coal demand in three years. The potential glut of lower-priced panels could help these nations meet their needs for electric lighting, heating, cooling and transportation with renewable and carbon-free power from the sun.