Offshore Wind Breaking Out on the Atlantic Coast 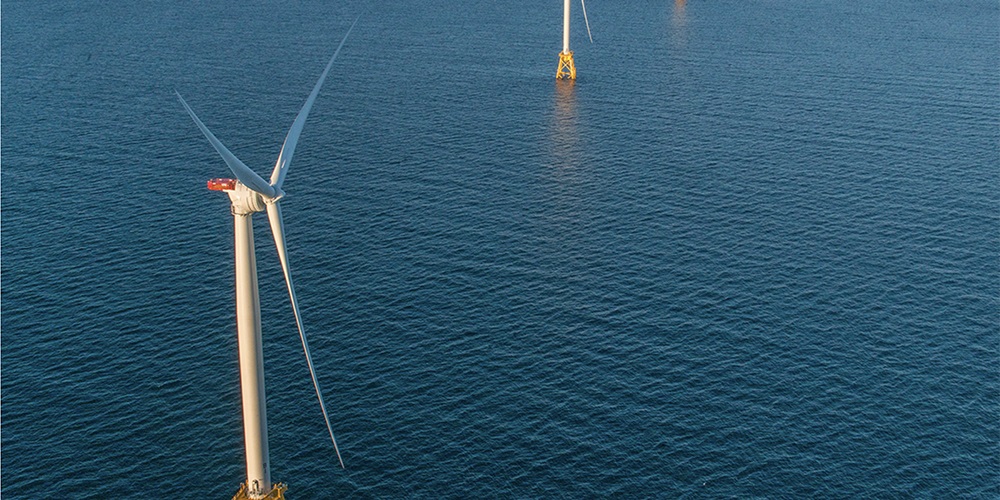 While wind and solar power have been leading the charge in renewable energy growth, other renewable industries have struggled to contribute on the same scale. Offshore wind, for example, has lagged far behind the success of its onshore cousin.

However, recent developments on the East Coast may signal a turning point for the industry. In December, wind power developer Deepwater Wind announced that its Block Island Wind Farm off the coast of Rhode Island completed its commissioning and testing phases and began commercial operations, becoming the first operational offshore wind farm in the United States.

Riding on that success, Deepwater has recently announced another big offshore wind project. In January, the Long Island Power Authority approved the company’s proposal for another offshore farm in the waters between the eastern tip of Long Island and Martha’s Vineyard.

Deepwater boasts it will be the largest offshore wind farm in the nation. When completed, the farm will have as many as 15 turbines sited on a 256-square-mile parcel. The turbines will be capable of powering 50,000 average homes. The turbines, each roughly 600 feet tall, would be connected to a substation in East Hampton by a 50-mile undersea cable.

The company will not stop there. The parcel will have room for as many as 200 turbines. Long Island Power Authority Chief Executive, Thomas Falcone, alluded to more projects in the pipeline during the public hearing, when he said, “it is the largest project to date, but it will not be the last project.”

The sudden burst of activity in offshore wind off the Long Island Coast is due to several factors. New York Gov. Andrew M. Cuomo has set a goal of drawing 50 percent of the state’s power from renewable sources by 2030. That goal includes 2.4 gigawatts of offshore wind, enough to power 1.25 million homes, the largest commitment to offshore wind in the country.

Offshore wind prices are also coming down. According to the New York Times, the contract between Deepwater and the Long Island Power Authority for the yet to built farm, calls for the authority to purchase all electricity generated there at a rate of $.16 per kilowatt hour.