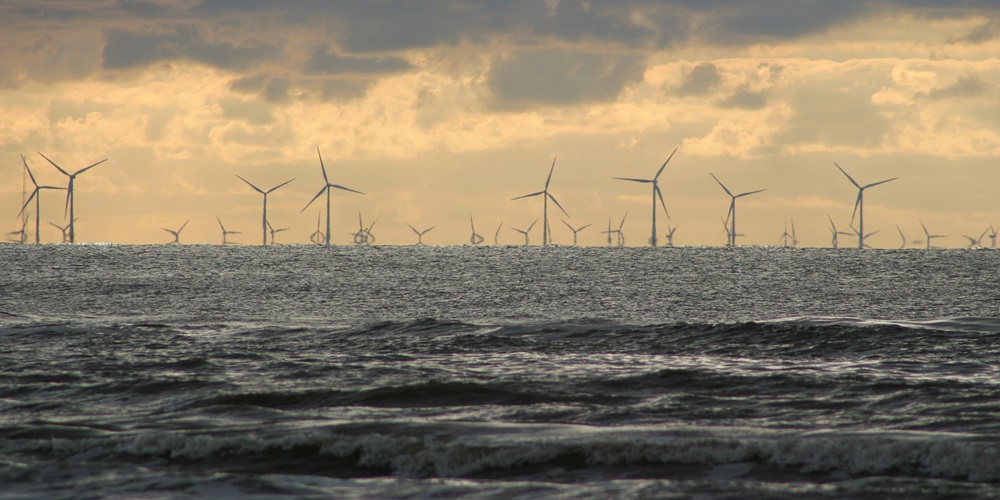 Offshore wind has the potential to generate enough electricity to meet the needs of the entire United States two times over, according to the Department of Energy’s National Renewable Energy Laboratory (NREL).

The lab is currently partnering with other researchers, commercial companies and other government agencies to increase the performance of fixed-platform wind energy technology and to make floating turbine technology for deeper waters commercially viable.

If all goes well, by 2035 the offshore wind industry could generate nearly 30 gigawatts (GW) of cost-competitive power and nearly $100 billion in capital expenditure for businesses in the U.S. supply chain, with levelized cost of energy as low as $50 per megawatt-hour (MWh) to $60 per MWh.

“Offshore, it’s possible for us to generate wind energy near densely populated coastal regions, where there is abundant space for large wind plants and minimal interference with existing land use,” said NREL offshore wind platform lead Walt Musial. “Current trends indicate that we can make these systems reliable and cost-competitive, positioning offshore wind to expand and diversify the U.S. portfolio of renewable energy resources.”

Already in development are 25 GW of offshore wind generation capacity off the East Coast and in the Great Lakes, and offshore investors are expressing growing interest for platforms off the West Coast. Last year, states announced plans to add another 16 GW, doubling their commitments to offshore wind. By 2025, several large-scale fixed-bottom offshore wind projects are expected to be in operation.

Researchers are also focusing on making floating platform technology commercially viable for sites at depths greater than 60 meters, which represent 58% of the nation’s viable resource area. The research and development efforts in the United States are building on earlier European advances, which is helping to drop offshore prices from $200 per MWh to roughly $75 per MWh. At the same time, turbine rotors have grown in size to 170 meters with an average capacity of up to 9.5 MW.

“It’s great to see these new technologies and approaches delivering more energy for a lower cost,” said NREL senior research engineer Garrett Barter. “But we still have a long way to go before offshore wind reaches its full potential and is truly a cost-competitive source of electricity, complementing the supply generated from traditional and other renewable resources.”

Some of the challenges researchers are considering, according to Barter: “How do you harness wind power while buffeted by waves and ocean storms? How do you feed that energy to the grid and reliably get it to keep the lights on? And how do you do it all in a way that keeps costs down and wildlife safe”?