Methods to Meet Renewables Targets: Storage is opening the door for renewables to enter grid-support markets 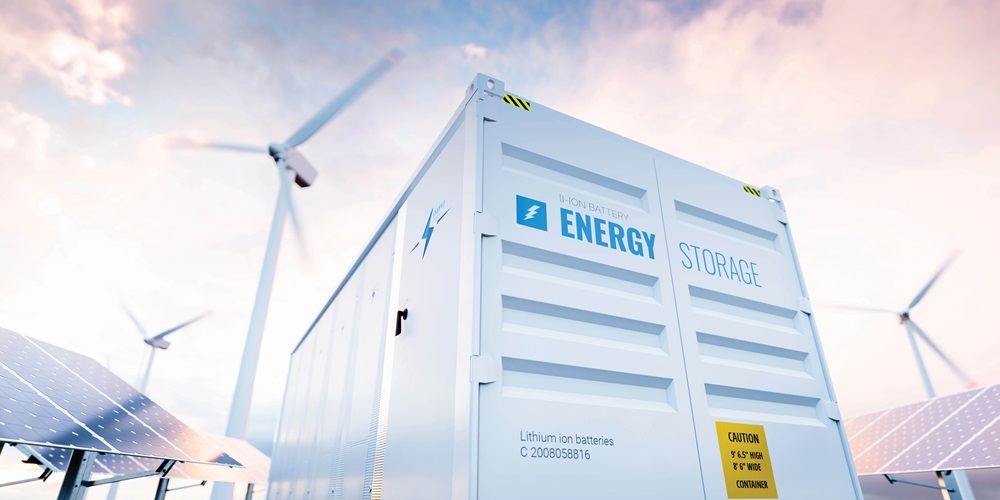 In September, the Biden administration announced a goal of producing 75% of the nation’s electricity using wind and solar by 2035, and 90% by 2050. Meeting these targets will take more than building additional wind and solar farms. It will require adjusting electricity markets to support greater integration of these variable resources and their owners’ revenue requirements. A new study suggests one way to meet both goals is to enable greater wind and solar participation in grid-support operations, which could be made easier by adding storage to utility-scale developments.

It’s not terribly well known, but power generators don’t make all their money selling electricity to help keep the lights on for homeowners and businesses—many boost their bottom lines by selling power to help keep the grid running smoothly. This ancillary services (AS) market includes the ability to add or reduce power to support grid voltage regulation. AS demand could grow as variable renewable energy (VRE), such as solar and wind, become bigger contributors to our overall electricity supplies.

Because supply and demand need to remain equal in electricity transmission and distribution, AS are critical to supporting reliable grid operations. In addition to voltage support, AS also help independent system operators (ISOs) and regional transmission operators (RTOs) balance out frequency irregularities that can cause less-efficient power delivery—and even damage to sensitive customer-sited equipment.

As VRE penetration rises, power irregularities could increase, as passing clouds or varying wind patterns lead to shifts in output that could range from seconds to minutes.

The Berkeley Lab researchers investigated AS revenue opportunities for renewable energy developers to address two hurdles in the way of greater VRE participation in electricity markets. On one side, rising VRE participation is reducing their value in the energy and capacity markets through which most generation is sold to the grid. As a result, VRE developers are looking for additional income streams. On the other side, as VRE participation increases, RTOs and ISOs are becoming more dependent on AS resources and are looking at alternative, low-cost options for incorporating larger amounts of variable generation.

VRE Resources in AS Markets

“Renewable energy will play a key role in the economy of the future,” said James Hyungkwan Kim, a Berkeley Lab energy policy project scientist and co-author of an October 2021 study examining whether bringing VRE resources into AS markets could help address pain points for system operators and VRE developers.

This is a complicated question to answer for all U.S. regions. Each of the seven system-operator organizations runs its own power auctions for bulk power and projected AS needs and has its own rules for how generation owners can participate.

Take, for example, voltage regulation. Some operators break this into two separate auctions: one for having the capacity to add voltage to the grid, and the other for taking voltage off it (essentially, curtailing generation). In other regions, voltage regulation is priced as a single, bidirectional product, so participants must commit to an equal amount of reserve capacity to serve upward and downward needs.

Obviously, having to keep capacity in reserve in the upward and downward direction is difficult for renewables, because developers are losing the ability to sell that generation on an ongoing basis and because they can’t predict when weather conditions can support that participation when needed. This is where storage could have a big impact: by enabling owners to commit to either having extra energy on hand or using batteries as a load to absorb energy from the grid without having to curtail their output.

Storage already is increasingly being incorporated into new commercial and utility-scale solar developments. A Berkeley Lab report from May highlighted that 34% of pending solar projects at that time were paired with battery-based storage.

Kim noted this growing adoption could drive down potential revenue for operators, while greater competition could make such hybrid VRE installations more attractive to ISOs and RTOs when it comes to AS. He added that it’s important for these organizations to begin working through various market implications now, given the anticipated growth in renewables necessary to meet highly ambitious clean energy goals.

“System operators need to prepare for renewable energy to participate in ancillary services,” he said. “The first step is to enable the hybrid plants to participate. But ultimately it may be advisable to allow the standalone providers to participate,
as well.”