Leapfrogging Over Poles and Wires: Decentralization, Decarbonization and Digitization 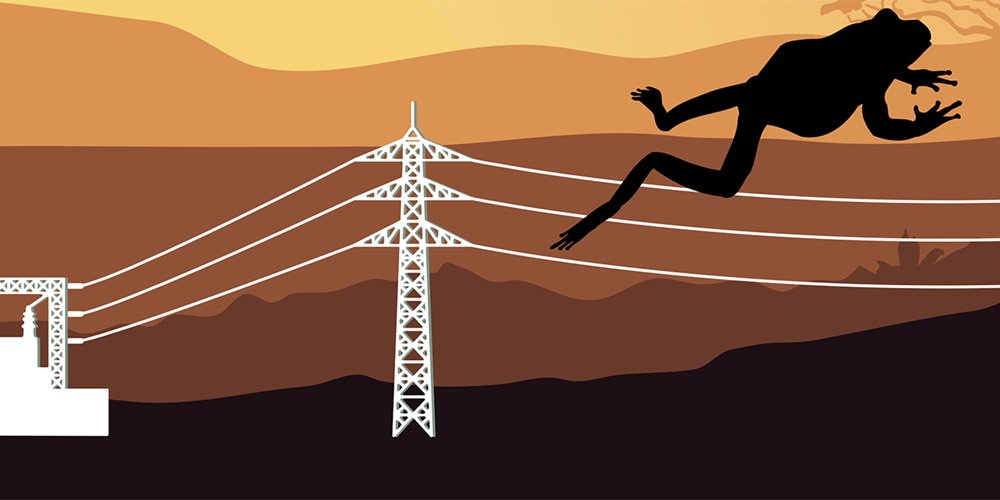 Around the world, electrical transmission and distribution systems are becoming bigger and smaller at the same time. At the largest scale, high-voltage, direct-current (HVDC) technologies are enabling bulk transfer of megawatts-worth of electricity for distances that can exceed 1,000 miles. Perhaps more exciting, though, are the advances happening at the most local of scales. In Africa and India, especially, entrepreneurs are putting together village-sized networks, independent of national grids, that power both residents’ lights and new ideas for ways developed nations can make their own systems more resilient.

These small systems are growing to address the challenges geography can pose to the buildout of national grids. In nations such as India, Kenya and Nigeria, populations are growing most rapidly in cities, which often are already highly electrified. Residents in remote villages can be very expensive to reach with traditional hub-and-spoke transmission systems dependent on centralized generation. Now, these villages are beginning to act independently, developing their own micro-utilities that are powered by the sun with battery-based storage and paid for using cellphone-based payment systems.

This decentralization is just one of the three D’s—along with decarbonization and digitization—that many see at the heart of the challenges facing traditional electric utility business models today, but it could be the most disruptive in the long run. Decentralization creates new competition for utilities, which have historically operated as regulated monopolies. However, as with decarbonization and digitization, they will need to address this trend if they want to remain relevant in the future.

Mobile phones as a model

Electricity transmission and distribution in developing countries might just be following the pattern seen in mobile phone adoption over the last decade. In Africa, for example, mobile phones have flourished in the absence of landline access, and many consider much of the continent to have leapfrogged over the need for any such wired infrastructure. The number of individual mobile phone subscribers doubled between 2010 and 2017, reaching 630 million, according to the mobile phone trade group GSMA, and that number is expected to hit 725 million by 2020.

A key driver for many African customers now using cellphones is the mobile payment platforms that enable many users to leapfrog over another bit of brick-and-mortar infrastructure common in more developed regions: commercial banks. From modest beginnings, these app-based services have become the leading avenue for financial transactions in many African nations. This includes Kenya, where in 2016 some 6 billion mobile money transactions were recorded from 25 million users, worth almost $150 million per day, according to figures in “Kenya: The World’s Microgrid Lab,” a recent report from TFE Consulting, a Munich-based firm that has focused on African energy development.

Sam Duby, the firm’s Cape Town, South Africa-based director of African business and a co-author of the report, cites the M-Pesa app from Safaricom, Kenya’s leading telecom provider, as the biggest enabler for the kind of micropayment-sized transactions village-scale microgrids involve.

The technology brought basic financial services to the previously “unbanked,” and has become a trusted tool for buying and selling throughout South Africa. Customers can trade mobile credits by text message, and exchange those electronic credits for cash—or deposit cash for credits—at local M-Pesa shacks, all painted the company’s signature green color.

“Because Safaricom was the first to do this, it means everyone has a Safaricom line,” Duby said.

As a result, entrepreneurs already have a simple and secure payment platform in place for processing the sale of what might only be a few kilowatt-hours a month.

“You’re just slashing the cost of microgrid operation,” he said.

There’s no doubt Kenya is ready to broaden its current electrification rate. According to the World Bank, its gross domestic product nearly quadrupled between 2004 and 2015, yet 44 percent of its population remains without access to electricity. As a result, rural villagers have expressed a willingness to spend up to $4 per kilowatt-hour (kWh) for electricity to power simple lighting systems and recharge mobile devices. For comparison, the U.S. Chamber of Commerce’s Global Energy Institute estimates average U.S. energy costs at 10.5 cents.

“The context is, they are currently spending that money on kerosene and candles—they’re not going to be using many kilowatt-hours,” Duby said.

Such rates, which have fallen somewhat since TFE did its research, would only apply to the smallest users, with prices falling for larger-volume customers.

“The really important metric is the metric of utility,” Duby said. “It’s offsetting a very bad kerosene lamp, so the utility of that kilowatt-hour is much, much higher.”

The makeup of a Kenyan microgrid can vary, though solar panels now are almost always a key component. The panels are paired with storage, a diesel generator or both, with some developers offering containerized systems that can be expanded, as needed (see sidebar on page 74). Homes and businesses are connected using a new generation of smart and inexpensive meters that enable pay-as-you-go plans very similar to those used by local cellular providers.

At the time of its report, TFE estimated at least 65 commercial microgrid projects of 5–100 kilowatts were either operating or under construction, more than 40 percent of the total for all of Sub-Saharan Africa. With the implementation of recommended regulatory changes, the group suggests the country could support 2,000 to 3,000 such installations by 2021. Duby sees a significant parallel with the U.S. rural electrification effort of the 1930s as Kenya’s electricity supply could be on the verge of rapid expansion.

“Connecting all those areas was a really big building block in the financial success the U.S. now enjoys,” he said. “It’s a place that’s developing fast.”

Even with the massive build-out of a poles-and-wires grid in the United States, there still are regions where a stable power supply remains a challenge. Though connected to distribution systems, rural areas such as the Blue Lake Rancheria, a Native American reservation in Humboldt County on the Northern California coast, might be served by a single, vulnerable transmission line. These locations, too, are beginning to benefit from technologies that are supporting grid decentralization.

“Sometime in the future, we’ll have a very strong earthquake,” said Peter Lehman, founding director of the Schatz Energy Research Center (SERC), an independent energy research and development center. [SERC, which is affiliated with Humboldt State University, led a team that recently completed a microgrid installation at the Rancheria that enables a large portion of the campus to remain operational when islanded from the connected Pacific Gas & Electric (PG&E) grid.]

“We have a lot of floods and a lot of wildfires, so our roads are closed a lot,” Lehman said. “We have to be ready and we have to be self-sufficient.”

The new solar-plus-storage system provides a more secure replacement for the 1-megawatt (MW) diesel generator the community previously relied on to provide backup power to its casino, which also serves as an American Red Cross emergency center. If roads were closed during an extended emergency, refueling the generator would have been impossible. The new system can run indefinitely, and circuits have been identified for load shedding, should that become necessary during a significant outage.

Unlike the microgrids cropping up in rural Africa and Asia, U.S. installations must be able to run parallel to a utility grid, so they can disconnect and reconnect without causing any faults. To accomplish this, the Blue Lake project features the first installation of a new Siemens microgrid management system, which is a scaled-down version of the company’s Spectrum 7 product used by electric utilities to control much larger distribution grids. Another first is the use of a multi-inverter Tesla battery-energy-storage system, with software to coordinate battery and grid operations developed by SERC.

The microgrid also is improving the Rancheria’s financial resilience: during the first year of operation, the project has cut the reserve’s electricity bill by $200,000 by enabling the comunity to participate in peak-load shaving. Additionally, the Rancheria purchased the PG&E transformer and distribution circuit serving its campus, so it is now considered a wholesale—rather than retail—electricity buyer, which also contributes to the savings.

Like many microgrids being installed across the United States to address resilience concerns, the project was largely paid for by grants. In this case, it was funded by California’s ratepayer-supported Electric Program Investment Charge, which contributed $5 million through a competitive awards program. Additional funding is being sought to double the storage capacity, and SERC is now designing a separate solar-plus-storage project for a gas station/convenience store on the campus. Lehman said placing a value on resilience through such outside support likely will remain critical to broader decentralization efforts.

“Is this going to take off without government support? It depends on how we value resilience and distributed energy sources,” he said. “It’s got to have a nurturing climate, like we have in this state.”

They Have a Minigrid in Africa

Actually, Berkeley, Calif.-based Powerhive has several minigrids in Africa—specifically in Kenya—along with a business model supporting economic development for the villages the company serves. Founded in 2011, the company has developed an easy-to-deploy solar-plus-storage system, along with its own proprietary prepaid smart meters and remote management software. Having learned that local business activity is key to the success of its installations, it is helping its customers grow their own businesses, as well.

In 2015, Powerhive gained registration as the first independent utility in Kenya, which otherwise is served by Kenya Power, a nationwide electric utility more focused on urban customers. It has since garnered USAID funding for its work encouraging small businesses, as through its Kuku Poa poultry-raising program. With access to stable power and small loans to finance the purchase of chicks, participants in the program are able to successfully raise poultry to bring to market.

Now, the company is working to expand its reach in Kenya to 20 villages, where it anticipates adding 4,000 new residences and 200 businesses. It also will be offering low-cost appliance leases and business loans to those consumers. —C.R.