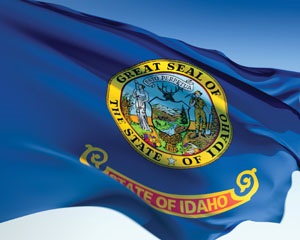 Debunking the notion that all renewable power rides in on the wind or the rays of the sun, a developer in Idaho is pioneering a revolutionary, clean technology in the state’s first geothermal power plant.

U.S. Geothermal Inc., a Boise, Idaho-based renewable power developer, announced the beginning of commercial operations at its new geothermal power plant in Raft River, Idaho, on Jan. 3, 2008. The plant began producing power during a test phase in October 2007 and was restarted in November after refinements were made. Production has continued since then. Currently, the plant output is around 9 megawatts (MW), but with four production wells and three injection wells in service at the plant, the company expects the plant to achieve an average annual net power output of 13 MW.

The Raft River project employs a unique technology that produces no waste vapor. Binary cycle technology uses a geothermal fluid that is pumped through a heat exchanger to vaporize isopentane, an organic compound that vaporizes at lower temperatures than water. The vapor drives a turbine that generates electricity, and the vapor exhausts are condensed and recycled back into the heat exchanger, forming a “closed loop.”