High Cost of Solar May Be Sunsetting 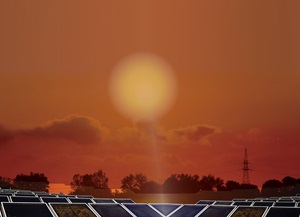 In the years that renewable power has been fighting for market competitiveness, overcoming the high capital costs compared to conventional energy sources has always been the big challenge. Now, for at least one form of renewable energy, it appears that challenge may have been met.

Contrary to conventional wisdom, solar power may not be at such a cost disadvantage when compared with other sources of power. According to a white paper recently published by the London-based, Bloomberg New Energy Finance, the perception that photovoltaic (PV) systems are prohibitively expensive and not cost-competitive may be based on confusion in the way those costs are calculated.

“Re-Considering the Economics of Photovoltaic Power, A Co-Authored White Paper on PV Economics,” details the methods used for calculating PV capital costs and attempts to explain where the confusion lies. It points out that PV costs are typically analyzed based on three forms of measurement, including the price-per-watt (peak) capital cost of PV modules, the levelized cost of electricity (LCOE) or costs distributed over the lifetime of a project, and the concept of “grid parity.”

Regarding the first form of measurement, the paper concludes that module costs do not translate well into fully installed system costs. It adds that the methods for calculating the LCOE of solar are so complex and varied that accurate comparisons to other forms of technology are difficult to make. Finally, the paper asserts that the third form of measurement, grid-parity, is an outdated concept that is no longer useful for “real-world” power comparisons.

The paper argues that all of these factors have made it difficult to see the real progress that solar has made in recent years. It notes that virtually every aspect of the PV manufacturing process—including systems, financing, modules, wafers and inverters—have experienced significant price drops. While the confusion surrounding the measurement of PV costs have made it difficult to see these true price declines in solar power, the paper argues that a better understanding of the costs may help change the perceptions of solar from a cost-prohibitive technology to one that is competitive and less in need of government subsidies.