A Green Super Bowl in Minneapolis 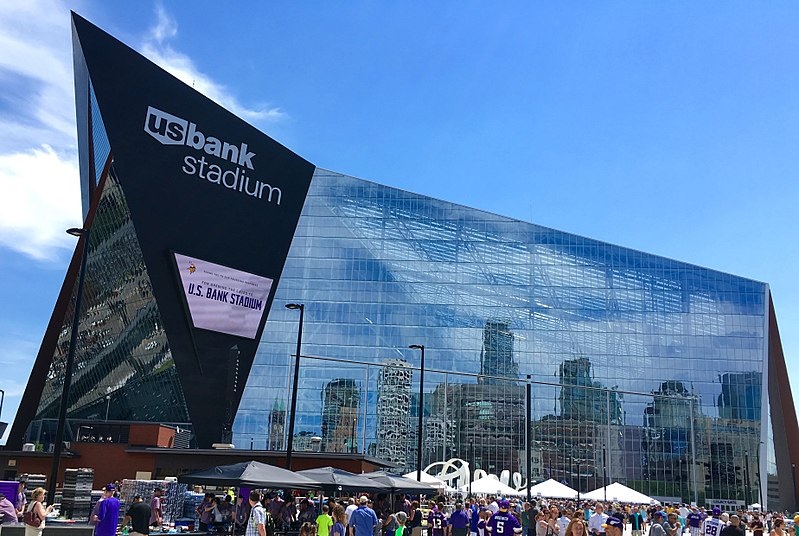 U.S. Bank Stadium in Minneapolis, the new home of the Minnesota Vikings, opened in 2016. Its most notable feature is its innovatively-designed, transparent, ethylene tetrafluoroethyl (ETFE) roof. The roof is designed to not collapse under the weight of snow, as happened to the roof of its predecessor—the Hubert H. Humphrey Metrodome—in December 2010. The 100-foot-tall transparent glass front doors are another notable feature; they are the largest moveable doors in the world.

Most noticeable to visitors (and viewers) is the fact that the whole stadium uses LED lights, which feature instant on-off capabilities, making it the first NFL stadium to feature this lighting. The system consumes 75 percent less electricity than the metal halide lighting typically used in sports stadiums. After learning of the many benefits of the LED system, the Minnesota Sports Facilities Authority was willing to pony up $1.3 million beyond their initial commitment for the stadium. The LED system also features motion sensors, designed to save even more electricity.

To achieve even greater energy savings, the Minnesota Sports Facility Authority worked closely with the Energy Design Assistance Program that was offered by the local utility, Xcel Energy. The program offered "energy modeling" as a way to identify all of the energy efficient opportunities that could be considered, as well as equipment costs, payback terms and rebates from the utility.

While the old Metrodome consumed 104 kilo BTUs per square foot, U.S. Bank Stadium consumes only 92. In addition, the new stadium is able to offset 100 percent of its energy with renewable energy credits.