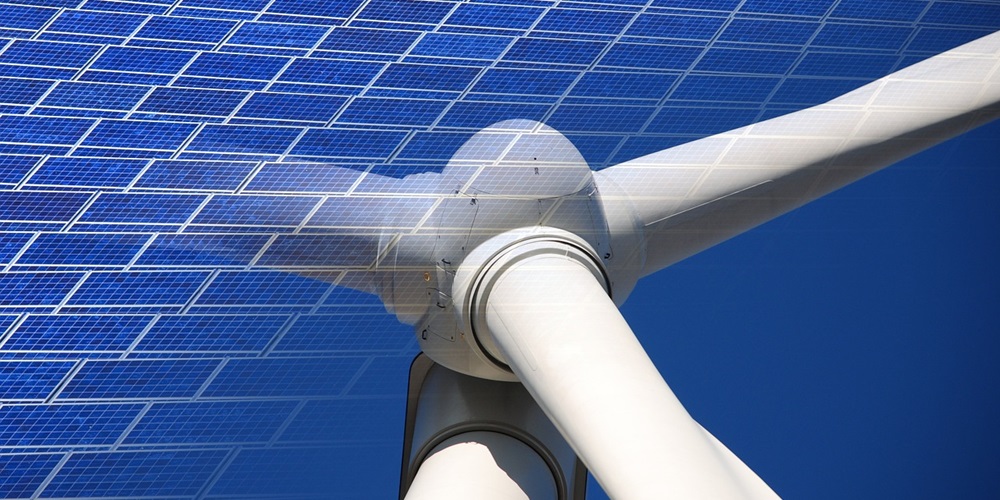 As more coal plants age out, Great Plains states—which are sunny, wide-open, and windy and have a lot of room for ethanol-producing cornfields—now have some of the highest percentages of renewable generation within their power mix.

Oklahoma is the leader, with renewables producing 38.4 percent of its energy generation, according to U.S. Energy Information Administration (EIA) data.

“In 2018, wind energy alone provided almost one-third of the state's net electricity generation,” the EIA writes. “Oklahoma had almost 7,700 megawatts of wind capacity installed by November 2018, which equaled about nine-tenths of Oklahoma's total installed capacity from all renewable resources.”

On average, hydroelectric power provides about 3 percent of the Sooner State's annual net generation. Other renewables, such as biomass and solar, contribute a smaller percentage.

Iowa has the next highest percentage, with renewables producing 37.4 percent of its mix.

“Iowa is the leading ethanol-producing state in the nation and has one-fourth of the nation's ethanol production capacity,” the EIA writes. “The state's ethanol plants can produce about 4 billion gallons per year. Iowa's plentiful cornfields provide the feedstock for most of the state's 44 ethanol plants.”

Though not officially a Great Plains state, the Hawkeye State’s wind resources make it one of the country’s leading states in the percentage of in-state electricity generation from renewable resources other than hydroelectric power, according to the agency.

“In 2016, wind energy powered more than one-third of Iowa's net electricity generation, the highest share of any state, and only Texas and Oklahoma surpassed Iowa in the total amount of electricity generated from wind,” the EIA writes.

Third in line is Kansas, with renewables producing 36.8 percent of its mix.

“Kansas, with its wide plains, is among the leading states in both wind energy generation and wind energy potential,” the EIA writes. “In addition … Kansas is among the 10 sunniest states in the country, with about the same solar power potential as Florida, and some solar photovoltaic capacity is being built.”

The Sunflower State is also one of the top 10 ethanol-producing states in the nation and has hydroelectric power resources.

Vermont follows, along with two more Great Plains states, North Dakota and South Dakota, according to the agency.

Amanda Levin, a policy analyst for the Natural Resources Defense Council, told Utility Dive that, while politicians across the Great Plains may not be particularly vocal in their support of renewables, states like Kansas and the Dakotas nevertheless continue to develop their clean energy capabilities, in part to woo more data centers with “cheap, clean energy.” These states and their neighbors are also trying to meet increased demand with renewables as many of their fossil fuel facilities have become “worn out.”

"Most of the five largest states for wind and solar, as a percentage of generation from wind and solar, are in the Midwest and they're states that I don't think typically get thought of as clean energy leaders," Levin said.

She added that, for all of the country, coal consumption decreased by about 27 percent, replaced by renewables but even more so by natural gas.

KUEHNER-HEBERT is a freelance writer based in Running Springs, Calif. She has more than three decades of journalism experience. Reach her at katie.hebert78@gmail.com.