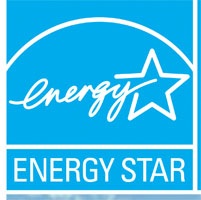 According to CNet, in July 2007, the Energy Star program will release new specifications meant to define the top 25 percent of personal computers, in regards to energy efficiency.

More than 90 percent of computers on the market fit the current Energy Star requirements, which were established in 1992. To fit the new requirements, a personal computer’s power supply must convert 80 percent of incoming electricity for the use by the machine; the average power supply is currently about 70 percent efficient. The new specification will include a requirement for idle mode: Basic desktop PCs must use less than 50 watts of power in idle mode, while multicore PCs and those with advanced graphics processors will be allowed to use more; notebooks must use less than 14 watts in idle mode and those with a graphics chip must use less than 22 watts.

The lack of an accepted metric for power consumption has delayed the release of new Energy Star specifications, said National Resources Defense Council scientist Noah Horowitz. According to him, computer manufacturers have not been able to agree what is normal power consumption when a computer is on. Computer makers tend to set up machines for maximum performance when testing them against competitors.

Efforts to issue specifications for servers have met similar problems, and Congress has recently passed a resolution asking for greater energy efficiency for servers. Energy Star is also planning a new specification for televisions. Contractors need to be aware of this change, as it may affect overall power consumption requirements in areas with many computers.             EC
Share this article