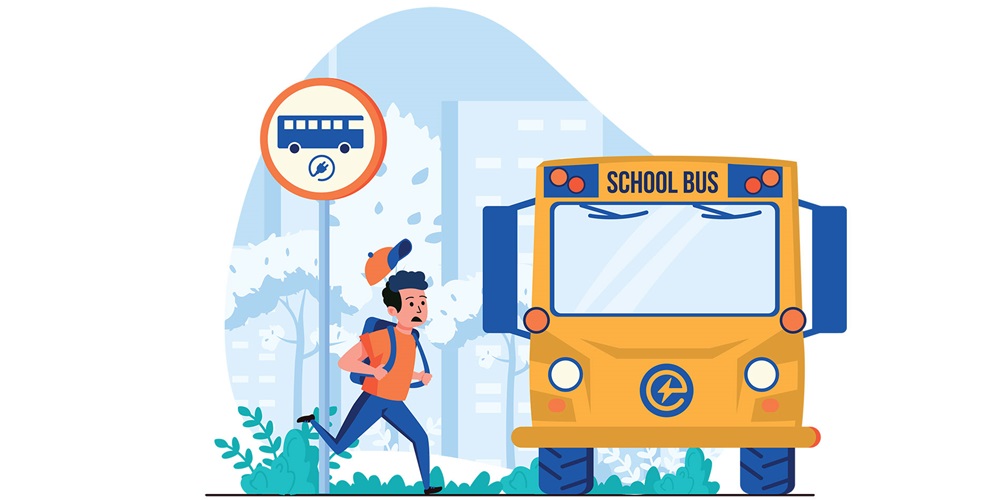 Getting more electric passenger vehicles on the road has been a big push for electric vehicle (EV) promoters over the last decade, and that hard work is starting to pay off. According to the Pew Research Center in Washington, D.C., nearly 1.8 million EVs were registered in the United States at the end of 2020, more than three times as many as in 2016. Now another class of vehicles—diesel school buses—is starting to get attention with government incentives. Advocates say that with proper planning, electrifying these vehicles could provide benefits to local grids and the environment.

There are approximately 480,000 school buses in the United States, according to the National School Transportation Association in Lansdale, Pa. This makes school buses the largest public transit fleet in the nation.

These big, yellow workhorses also produce plenty of emissions—U.S. PIRG, a coalition of state public interest research groups based in Denver, estimates that electrifying school buses would cut as much as 5.3 million tons of greenhouse gas emissions every year. The diesel fuel they use is more than just a problem for the outside environment. Levels of carcinogenic pollutants have been found to be 5–10 times higher inside these vehicles than in the surrounding environment. So, electrification makes sense, for the planet and student health.

It turns out school buses are actually excellent candidates for a switch to kilowatts and away from diesel. For one thing, they run set routes at an average of 73 miles per day, which is an easy target for today’s battery systems that can support about 150 miles on a single charge. Also, their operating schedules leave plenty of time for flexible charging arrangements that make the most of time-of-day rates.

A number of school districts are already introducing electric buses into their fleets. In August 2021, the World Resources Institute, Washington, D.C., reported that 258 districts (or their private contractors) have committed to at least one of the vehicles, with 14 signing up for 10 or more. In the largest commitment so far, Maryland’s Montgomery County Public Schools announced plans to buy 326 electric buses in the next four years.

These clean-running buses also offer a big opportunity as a grid resource in vehicle-to-grid (V2G) applications. EV enthusiasts have been talking about V2G technology for almost a decade. The idea is that utilities could call on the resources of connected vehicles during peak demand periods, providing incentives to those that participate.

While the idea is promising, it’s a bit less practical for passenger vehicles, because you’d need to sign up a lot of car owners to make a significant impact, and utilities might not be able to count on those vehicles being connected to a charging device when needed. Bus fleets of any sort are a much more attractive option because their battery systems have much greater capacity to draw on and they’re centrally garaged, facilitating an economy of scale with charging connections. School buses have even higher (and regular) availability, especially during high-demand summer months when school is out of session.

Such school bus V2G approaches are being piloted in California and Massachusetts, among other locations. Arizona Public Service, Phoenix, is even looking into the possibilities for partially financing electric school bus fleets in its service territory in exchange for drawing power from their batteries when buses are parked.

Such financing arrangements would be very beneficial because EVs can initially cost two to three times more than diesel models. Although that premium is made up over a bus’ lifetime because EV operating costs are much lower in reduced fuel costs and significantly lower maintenance requirements, this upfront cost can be a critical hurdle for cash-strapped school districts.

Another option now coming to market is to retrofit existing diesel models for electric operation. Commercial EV manufacturer SEA Electric in Los Angeles has teamed up with Midwest Transit Equipment, Kankakee, Ill., the nation’s largest new and used school bus dealer with a goal of converting 10,000 existing buses to battery power in the next five years. According to the company’s figures, districts could purchase two or three converted buses for the cost of one brand-new electric bus. The buses’ electric drive and battery systems will be equipped with the software that enables V2G applications.

Additional federal assistance to help schools transition to electric buses should be on its way soon, thanks to last year’s Infrastructure Investment and Jobs Act, which earmarks a total of $5 billion to be spent between 2022–2026 to fund the replacement of existing buses with low- or zero-emission vehicles. Each year, $500 million will be set aside for electric buses, with an additional $500 million for electric buses alongside other alternative-fuel models. The money can also be spent on associated charging and fueling infrastructure.