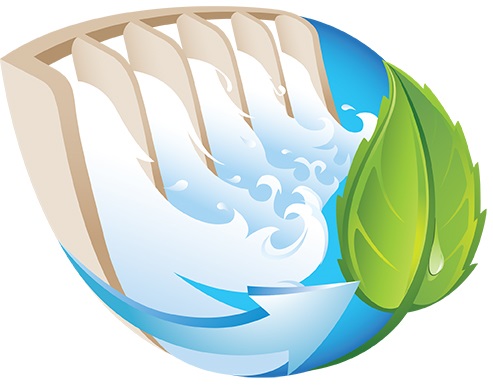 The most important renewable-energy source in the United States is most frequently overlooked. Wind and solar energy may capture more headlines (and congressional attention), but hydropower has held the title as the most productive—and, arguably, least expensive—renewable option for decades. Recent reports show a large potential for added hydro capacity in smaller dams currently lacking generating capability, and legislation that recently made it through both House and Senate to reach President Obama’s pen could make some of that promise a reality.

Hydropower is often grouped with coal, gas and nuclear generation technologies as a traditional energy source. Large-scale hydro plants have been mainstay electricity generators since 1881, when the force of Niagara Falls was first harnessed. But massive dams—such as Hoover and Glen Canyon in the Southwestern United States—have given the carbon-free industry a bad name. While they can be massive electricity generators—Glen Canyon’s rated capacity is almost 1,300 megawatts (MW), about equal to Arizona’s Palo Verde nuclear power station, the largest U.S. nuclear generator—the dams also have changed entire ecosystems where they were erected.

Hydropower also includes pumped storage installations, which make up the largest percentage of all current energy-storage capacity. These facilities can be combined with traditional, utility-scale hydroelectric dams or other kinds of generating stations. During low-demand periods, excess electricity is used to pump from a lower level reservoir to a higher location above a turbine generator. When needed, that water can be released to boost the station’s output. However, use of this environmentally friendly balancing resource is limited to locations where paired upper and lower reservoirs are feasible. Small-scale hydro generating stations are much easier to site.

In fact, there is an abundance of small dams suitable for electrification across the United States. Today, according to data from the U.S. Energy Information Administration, approximately 2,500 dams produce up to 100,000 MW to meet almost 7 percent of the nation’s electricity demand, but the total number of dams in the country—erected for flood control, recreation areas or for mill operations that are no longer standing—reaches close to 80,000. The U.S. Department of Energy estimated in 2012 that fitting just 600 existing dams with generation equipment could boost hydropower’s contributions to 15 percent of total U.S. needs.

Among the most ambitious efforts is American Municipal Power’s current construction of four new hydropower plants with a total capacity of 300 MW along the Ohio River. This Columbus, Ohio-based nonprofit develops and operates electricity-generation plants with the output sold to its member municipal power companies. Missouri River Energy Services, a similar group based out of Sioux Falls, S.D., will soon begin work on a 30-MW project at the Red Rock Dam near Pella, Iowa. The existing dam on the Des Moines River was completed as a flood-control project in 1969. The electrification will involve installing turbines in two soon-to-be-drilled holes in the dam, through which river water will flow to power the turbines.

Such projects are called “run-of-river” installations, and environmentalists favor them over larger projects because they don’t require large reservoirs. Specific technologies can vary. In some cases, as with the Red Rock project, turbines may be installed in the body of an existing dam itself. In other settings, a small diversionary canal is dug to direct water flow over a separately installed turbine. Regardless, the projects pose little additional interference to a running river, beyond the impact an existing dam might already have caused.

Private companies see value in such investments, as well. Brookfield Renewable Energy Partners is one such enthusiast. The Quebec-based company went on a buying spree in 2013, acquiring a range of existing hydro installations in New England and California. While the company has interests in utility-scale hydropower, smaller projects make up the majority of the company’s hydro portfolio. (Brookfield also owns and operates wind farms, and its holdings extend across Canada and Brazil, along with the United States.)

“Many of the largest and most accessible sites, particularly those with significant reservoirs, were developed first in the history of hydro,” said Zev Korman, the company’s vice president for investor and media relations, adding that environmental challenges make it difficult to permit new, large-scale plants. “Consequently, many newer hydro developments in North America are run-of-river. These can be easier to permit, quicker to build, have less environmental impact, but still carry the positive benefits associated with hydroelectricity generation.”