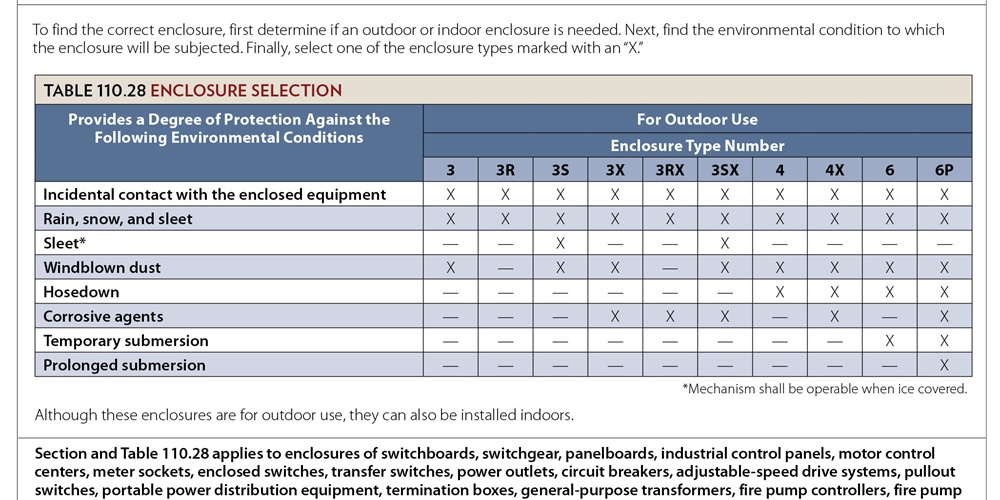 The first National Electrical Code (NEC) was developed in 1897. The National Fire Protection Association (NFPA) became the developer and publisher of the National Electrical Code (NEC) in 1911, and the NFPA continues to develop and publish the Code today. Every page in the NEC is numbered at the bottom, preceded by the number 70 and a dash (70-). For example, Article 110 in the 2014 edition (except for the handbook) starts on page 70-36. The NEC is the NFPA’s document number or code number 70; therefore, the NEC is also known as NFPA 70.

The NFPA develops, publishes and disseminates more than three hundred consensus codes and standards. The NFPA’s Standard for Electrical Safety in the Workplace is document number 70E. Similar to the NEC, all of the page numbers are preceded by the number 70, a capital E and a hyphen (70E-).

In accordance with the NFPA, the NEC is the most widely used code for the built environment in the world, establishing the standard for safe electrical installations. Nearly every state in the United States, many territories and several countries have adopted the NEC. Moreover, in the countries that have not adopted the NEC, it is not unusual to find the Code being used in plants, factories, buildings, campuses, etc. A number of companies that have locations in the United States have elected to comply with requirements in the Code for all of their locations, even outside of the United States.

Besides the insulation type letters and the maximum operating temperature, other helpful information can also be found in Table 310.104(A), such as the trade name, application provisions, insulation, insulation thickness, and outer covering (if any) (see Figure 3). Conductor insulation information for conductors rated 2,000V and higher are in tables 310.104(B) through (E).

Next month’s column continues the discussion of conductor temperature limitations.