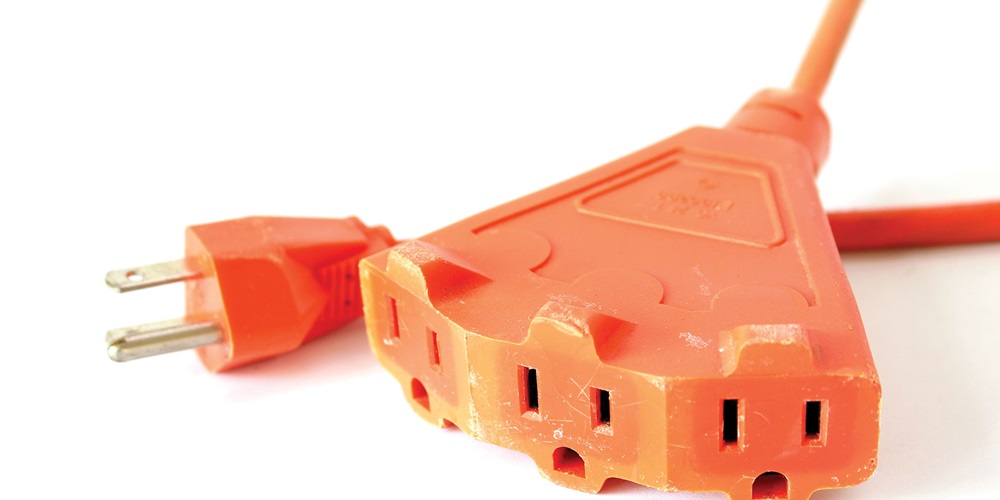 When most power quality problems result in equipment malfunction, there is no shortage of the usual suspects, especially with the proliferation of so many smart devices. While the equipment manufacturer might blame it on dirty power, the utility company may indicate that the quality was fine when it entered the building, and the facility manager points both ways. On a recent renovation project, a more elementary component in the electrical infrastructure became the point of discussion once again—the wiring.

The project involved converting the attic space in a two-story house into a music room. The homeowner—a highly qualified troubleshooter for a large, local electric utility—was quite familiar with electricity. We had run an extension cord down to the second-floor bathroom receptacle instead of using any of the receptacles that were attached to the rafters and used for plug-in fluorescent tube luminaires. When he came home from a 16-hour work night, he questioned why we did not use those receptacles in the attic.

Turns out that we did initially use them. Whenever the circular saw was started up, the fluorescent lights would blink, some had to restrike and sometimes the saw would drop too low in rpm and sound like it was binding. The problems went away when we used the extension cord, which was unexpected. It is common for equipment not to operate properly on extension cords. So why was this situation reversed?

If wires were used as a continuous run without any connections or splices, power quality problems would rarely be traced back to properly sized wiring. The impedance of 14 AWG wire is approximately 2.5 milliohms per foot, while 12 AWG is 1.6 milliohms per foot, which is 40% less. Per the NEC , the maximum amperage for those sizes with 60°C cable is 20 amperes (A) and 25A, respectively. If we use a typical 14 AWG branch circuit in a two-story house of 75 feet at 15A, then the voltage drop is less than 3 volts (V). That is clearly not enough to cause the lights to restrike or the saw to not have enough power.

Of course, a continuous run isn’t an option in a branch circuit unless it is to supply a dedicated receptacle. The continuity is broken perhaps a dozen times, to be reconnected with wire nuts in a junction box or to the terminals of receptacles. Each of these connections adds impedance, which can sum up to higher values than the wire run itself. Though not the case in this instance, we have all come across wire-nut connections that aren’t properly twisted before the nut is applied, old ones with lots of oxidation and maybe even a melted one due to high impedance generating excessive heat. There is some debate on how much current is carried through the contact surfaces of the twisted wires versus the coil spring in the wire nut. I was taught by a neighborhood electrician that the twists should be fully adequate in electrical and mechanical sense, and the wire nut provides safety and insulation.

In the United Kingdom, wire nuts were illegal for many years with junction boxes and other connection points using terminal blocks to connect wires. Properly made connections with wire nuts should not be a significant power quality problem.

Another confusion about wiring is that stranded wire will have a better performance due to reduced skin effect. Skin effect is a characteristic of alternating current to be greater near the surface or skin of the wire rather than the core as the frequency increases. Typically, 2-8 AWG uses eight strands of different diameters. While 1-4/0 AWG consist of 19 strands of increasing diameters, and 12 and 14 AWG are solid wires, that would lead to the thinking that stranded wire would have much less impedance with harmonics, and that’s why they are used. The practice of using stranded wire began long before harmonics were a significant power quality issue and is a matter of the cable’s flexibility. There is no appreciable skin effect with single-strand 12 wire up to the 70th harmonic, which is way above nearly all facilities harmonic current spectrum.

Back to the story, why then was the extension cord a better solution? First, the extension cord was a 25-foot., 10 AWG cord. It was plugged into the GFCI receptacle in the bathroom, which is a dedicated 20A circuit. Turns out that the existing attic circuit was tapped from another existing circuit in the dwelling; it wasn’t a home run back to the panel. It went through a number of receptacle boxes along the route to the one where the 14 AWG, 50-foot extension cord that the reel was plugged into and then finally to the saw. A coiled extension cord acts as an inductor. Inductors don’t like the current to change instantaneously, which is what the large start-up current on the saw wants. Finally, other loads on that circuit were on, which caused the additional current to flow in that branch circuit and resulted in more of a voltage drop. By the time the voltage reached the end of the line for the saw, it was a problem.

Finding another source for the supply voltage for a problematic load is actually a common solution, as it means that a different component of the electrical system with a lower impedance and less of a voltage drop for the load is used.