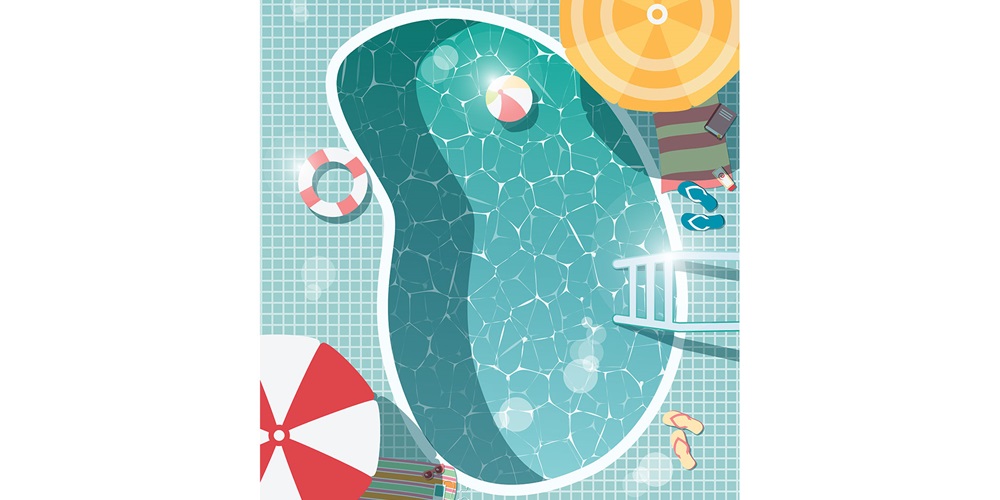 The swimming pool in question was built in 2011, so the existing feeder for most of the pool equipment was installed based on the 2011 National Electrical Code (NEC). The homeowner wanted to add branch circuits from a new 100-ampere (A) panelboard for an auxiliary building to also supply electric pool water heaters. The new 100A panelboard was supplied by a service entrance cable with two insulated ungrounded conductors, an insulated grounded conductor and an uninsulated equipment grounding conductor. Could my friend install the branch circuits to the new pool heaters from that panelboard?

The inspector said no, and my friend called me for a second opinion. Since the pool was installed in 2011, he felt he could install the branch circuits based on the 2011 NEC. I told him the answer was no and explained why.

However, due to the corrosive effects of swimming pool water chemicals, aluminum conduit could not be used for enclosing pool feeders. Section 680.25(B) in the 2011 NEC required pool feeder circuits enclosed in the wiring methods mentioned in 680.25(A) to have an equipment grounding conductor between the service equipment and the pool panelboard or between a separately derived system and a pool panelboard.

The installation my friend was involved with would have been acceptable in the 2011 NEC.

This exception in 680.25(A) and the accompanying text in 680.25(B) was deleted in the 2014 NEC to ensure insulated equipment grounding conductors are installed for all swimming pool circuits, whether the feeders or branch circuits are existing or not. The introductory text in 680.25 is the same for the 2014 and the 2017 NEC, and it states the provisions for feeders apply to any feeder on the supply side of panelboards that supply branch circuits for pool equipment covered in Part II of Article 680 on the load side of the electrical service or the source of a separately derived system.

There was some controversy during the 2014 NEC process involving the deletion of the exception in 680.25(A) and the corresponding text in 680.25(B). The issue involved the definition or use of the word “existing” in both the exception and the other associated text mentioned above. Some Code people said, as soon as a panelboard was installed, it was existing and, as such, the installing contractor would then use the exception and not install an insulated equipment grounding conductor. When the exception and the text was inserted into the NEC, the word “existing” was intended to apply to new pool installations for existing buildings after construction on the main buildings was finalized and after the building’s final inspection.

It is interesting to me that many existing pool installations were installed using the original text. These changes didn’t occur until the 2014 NEC where the word “existing” was being misapplied or misunderstood.