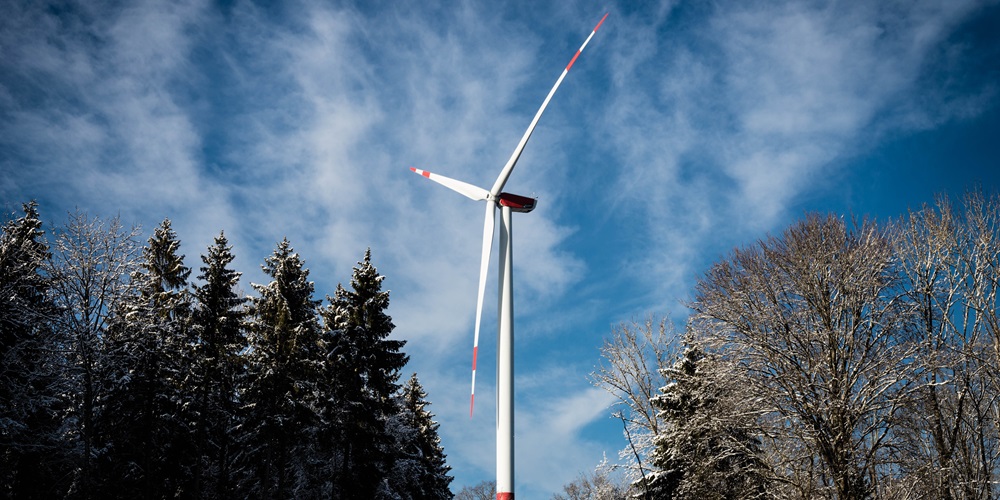 Harvesting wind energy is not new, but scientists from Nanyang Technological University in Singapore designed a new device to harness and store it as electricity. This low-cost device, called a wind harvester, can transform energy from winds with a velocity as low as 2 meters per second (m/s).

Harvesting wind energy is not new, but scientists from Nanyang Technological University in Singapore designed a new device to harness and store it as electricity. This low-cost device, called a wind harvester, can transform energy from winds with a velocity as low as 2 meters per second (m/s).

Announced in a September 2022 article in the scientific journal Mechanical Systems and Signal Processing, the device is currently capable of producing 3V and generating power of up to 290 microwatts, although lab test results indicate the harvester can power 40 LEDs consistently with a wind speed of just 4 m/s.

The harvester can also generate enough to power a commercial sensor and send the data to a mobile phone wirelessly or to a battery for storage, demonstrating that it can store enough excess charge to keep the device powered for an extended period, even without available wind.

At only 15 cm by 20 cm (or just under 6 inches by 8 inches), the small-sized harvester is easy to mount on the side of buildings. Scientists hope it will eventually replace batteries in the structural health monitoring sensors on buildings and bridges.

Made of fiber epoxy—a highly durable polymer—the device features a dynamic design that vibrates in the wind. Its plate, made of inexpensive materials like copper, aluminum foil and polytetrafluoroethylene (Teflon), vibrates during wind flow, causing charges to form on the film. As they flow from the aluminum foil to the copper film, an electrical current is generated.

Yang Yaowen, a professor in NTU’s School of Civil and Environmental Engineering, led the project. One of the study’s purposes was to develop a device able to harness wind energy at low cost, with low wear and tear and requiring only occasional maintenance.

In addition, he said, “Our research aims to tackle the lack of a small-scale energy harvester for more targeted functions, such as to power smaller sensors and electronic devices.”

An added benefit of this harvester is that it could be an alternative to small lithium-ion batteries that use heavy metals, which can cause environmental issues if not properly disposed of. Widespread use of this not-yet-patented or commercialized device could reduce electronic waste.

“Wind energy is a source of renewable energy,” Yang said. In addition to being renewable, it is clean, producing no greenhouse gases or other pollutants as it generates electricity. “Our invention has been shown to effectively harness this sustainable source of energy to charge batteries and light LEDs, demonstrating its potential as an energy generator to power the next generation of electronics, which are smaller in size and require less power.”

NTU scientists continue their research to improve the energy storage functions of the harvester. As part of that research, they are experimenting with materials that might improve its output power.