What Lies Beneath: The case of the electrical labyrinth 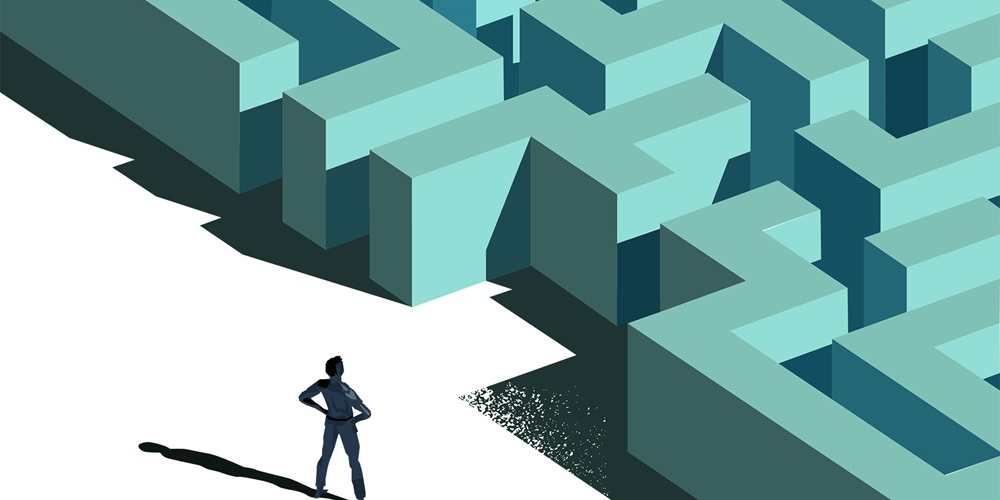 Many of you have had experiences working on old or even antique buildings. You uncover abandoned lines, knob-and-tube wiring, fuse boxes (maybe even with a penny replacing a fuse) and questionable splices.

Your job may be less thrilling if it involves demolition to remove all of that dangerous stuff. But what do you do if you’re required to add something to the mix, such as mounting new lighting? How much do you investigate to satisfy yourself that the messy wiring hidden behind the walls will not cause a problem? Do you have any responsibility to predict whether your adding to the mix will create a safety issue?

Here’s a story about a case where this problem came to an expensive end.

The U.S. Army Corps of Engineers occupied a stone fortress built sometime shortly after the Civil War. Wall-mounted oil lamps had been converted to electrical in the 1920s and, later on, fireplaces had been abandoned in favor of baseboard heaters. Duct work for central air conditioning had been added in the 1950s.

Since the mid-20th century, other modifications were made to accommodate telephones, intercoms, security devices and, more recently, computers. In the third subbasement of the fortress was an old emergency generator. The electrical contractor, let me call it Nadir Electrical, was awarded a contract to replace that emergency generator.

Nadir’s contract with the Corps was as straight-forward as a Corps contract can be. Nadir was to pour a new concrete platform, install the new generator and connect it. The room for this operation had walls covered with gauges and switches mounted on aquamarine panels. On a desk chair with roller feet sat a computer that Nadir found ran much of the security systems and replaced a number of the wall monitors for other electrical systems.

Everything went well until the final hookup. When the electricians poked behind the aquamarine walls, they found a spider web of unlabeled wires, some spliced or dangling without termination. Three top Nadir electricians took nearly a month to sort through this maze and find a way to connect the generator. Then, Nadir submitted to the Corps a “request for equitable adjustment” for the excess labor costs. The request concluded with the words “all of this additional work was not contemplated by the contract.”

The Corps reviewed the request and then met with Nadir’s president, Sam Nadir. Among other matters, the Corps pointed to a “site inspection” clause that required Nadir to satisfy itself as to existing conditions, which Nadir had not done. Another clause said that Nadir was responsible for a “complete installation.” In Sam’s frustration, he vehemently argued that what his crews encountered made the job nearly impossible without extreme extra efforts.

The Corps’ colonel replied, “Impossibility of performance is a rare and difficult argument and the Corps will not consider it,” and then walked out. What could Sam do?

Sam went back to his office and did a closer reading of his contract’s terms and conditions. He discovered the “differing conditions” clause. Until that moment, he thought this clause only applied to “site” conditions such as underground water or subsurface rocks. But the clause Sam read didn’t have any such limitations. If the drawings indicated the site conditions were one way, and what was actually encountered was different, then there was a Type I differing condition. If the drawings were silent and what was found was something that could not be foreseen, that was a Type II differing condition. Sam had to decide if he had a Type I or a Type II. What do you think he had?

Sam found out, with a little internet research, that the courts had created the terminology of Type I/Type II, and the Corps had been involved in cases of both types and would understand this kind of claim.

A Type II unforeseeable argument would be difficult for Sam. Nadir had experience with old buildings and the problems with the Corps’ fortress, although extreme, were more a matter of quantity than uniqueness. That is, some of the mess was probably predictable given the age of the building and the upgrades Nadir could see had been added over the years.

At first glance, Type I did not seem to fit, as the drawings showed nothing about the wiring maze. But wasn’t that “nothing” an implied representation that there really wasn’t anything to show? By not having any depiction, or warning, about the existing wiring mess, the drawings, in essence, were almost a promise that no mess would be found. A reasonable site inspection would not have required Nadir to poke behind the aquamarine panels of gauges.

Sam’s impossibility argument had really soured the colonel on Sam’s request for payment for the extra work, but then Sam was able to secure another meeting with him. Sam made his new Type I argument. The colonel saw the logic, and a change order was negotiated with Sam.