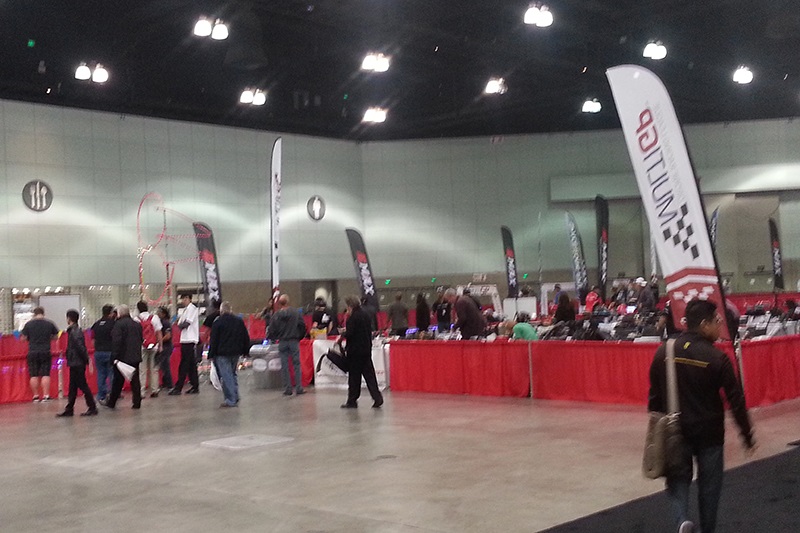 In December, I spoke at the International Drone Expo in Los Angeles. The Expo lived up to its name as to being “International” in scope. Many countries were represented from all corners of the Earth: Australia, Belgium, Canada, China, Dubai, Egypt, France, Great Britain, Ireland, Japan, and New Zealand, among others.

Besides panel discussions and speakers on various topics and trends, the Expo also had an Exhibit Hall that featured international manufacturers as well as a racing course where some flew their drones in a competitive layout. To get the terminology right: Drones are also known as unmanned aerial vehicles (UAVs).

A UAV is the drone itself. An unmanned aerial system (UAS) includes the drone, controller, and any supporting systems and software.

What I gathered at the expo is that drone systems, control systems, and procedures labeled as “best practices” today, will be obsolete next year or maybe even next month. That is how fast things are evolving in the industry.

When it comes to a technology moving this fast, there are no experts in this industry. The best you can be is a good student—always learning. This is the best philosophy to adopt when you approach this area to determine if there are any opportunities for you to capitalize on.

So where are the potential opportunities for electrical contractors?

I spoke in two sessions. One was a panel discussion on real estate and infrastructure, and it focused on those areas for applications. If you are working in this area, you will start seeing, if you haven’t already, UAVs used to inspect buildings and infrastructure. The UAVs can cover more ground than a human can. This holds true especially if you are trying to inspect outside cabling, outside walls, roofs, campuses, cell towers, and electrical towers. When it comes to real estate inspections, many things have changed. What someone could do by hand in a day can be accomplished with a drone in less than an hour.

Everything you need is built into the drone: camera(s), control software, GPS sensors, obstacle-avoidance software and sensors, and more.

Getting commercial buildings to support high-tech tenants means new intelligent amenities need to be installed and offered. Getting infrastructure that provides a higher level of resiliency means designing and building things out better like redundant power systems and redundant, diverse, communication networks. Some corporate tenants might even want anti-drone technology to be part of the building’s or campus’s security system protecting the perimeter.

Understanding this new paradigm shift, will help you identify where to pursue the new opportunities in building out infrastructure needed for competing in the 21st century marketplace. On existing infrastructure, there is a need to review and inspect roads, bridges, power stations, electric and cell towers.

To use a drone to perform these inspections or any other commercial services, you need to acquire a license for it from the FAA. There is a test that you must take and pass in order to use a drone for commercial purposes. The drone must also be registered. More information regarding the flying and use of drones in your business can be found here on the FAA website. All of the information and links on that page will get you started.

Regulations—can you shoot a drone down?

I sat in on a great panel discussion of mostly lawyers for the FAA and law firms that deal with the FAA. It was an interesting discussion because the focus shifted to shooting drones down. A UAV is considered an aircraft, and you are not supposed to shoot any of them down. That is the law, but is it really being enforced?

At the expo, there was a great discussion with a lot of good input from experienced lawyers, and it lead to the second presentation I gave on mishaps, liabilities, and lawsuits involving drones. I showed some videos of drones and their mishaps. We discussed some of the potential problems with those mishaps. Here is a short video on actual failures. (https://www.youtube.com/watch?v=pBvV65_269g )

These mishaps can be from the drone getting hit with strong wind shear, running out of battery, or running into something. Newer drones with more on-board software can avoid some of these mishaps. New sensors and collision-avoidance software are becoming standard on next-generation drones depending on how much money you spend.

In my presentation, I also pointed out some anti-drone technologies, which were being refined and employed by various organizations worldwide. Since then, I have extensively researched this area and concluded that the anti-drone technologies industry is growing as fast as the drone industry itself. There is a variety of technologies being employed when it comes to taking a drone down, from eagles, to other drones, to nets being shot out of a cannon on the ground, to what I call “ray guns” (guns that send different frequencies and energy bursts to jam a drone’s controls and bring it down to the ground).

This video provides some quick insights to the different anti-drone technologies being employed. https://www.youtube.com/watch?v=X27-2WDIZR0

As we move into 2017, more companies will employ drones to do inspections and infrastructure reviews, and other organizations will implement anti-drone technologies for security reasons. Somewhere you will be able to find some new opportunities in building out the infrastructure that guards against rogue drones.