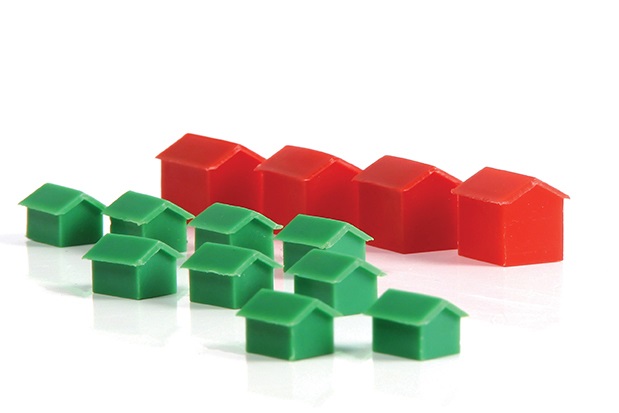 Although there has not been a huge wave of publicity about tiny houses—loosely defined as homes under 1,000 square feet, commonly between 200 and 400 square feet—their popularity is undeniable.

In the past year, according to www.tinyhousecommunity.com, more than 30 new microcommunities have come into existence. In addition, it lists more than 115 companies in the United States that design or manufacture tiny houses.

Gary Bute is owner, senior designer and consultant for Tiny House Systems, a tiny house design and engineering firm, and Clear LED, a lighting and electrical design firm, both based in Hutto, Texas.

“There are very few similarities between wiring a tiny house and wiring a regular home,” Bute said.

For example, since most tiny houses are built on steel trailers, they are required to be grounded to the trailer frames.

Most regulatory authorities refer to tiny houses as “park models,” and they are classified as “not for full-time use,” even though most owners live in them year-round.

“As such, we wire according to the [National Electrical Code] RV Park Model Article 552,” Bute said.

Bute said the power source depends on the customer.

“Most customers are very ‘green,’ and about 50 percent of our customers want solar power,” he said.

According to a Northwestern University white paper, the most common power source for tiny houses is stand-alone solar photovoltaic generation, using a battery bank for storage. Due to limited roof space, tiny houses use the most efficient solar panels available, with maximum power point tracking (MPPT) charge controllers.

Most also want LED lighting, which can operate on the solar-power system's 12-volt direct current.

While some opt for electric heating, many use propane or a wood stove for cooking.

So, is this a new market for electrical contractors (ECs)? It depends.

“A lot of companies that build tiny houses have someone on staff who does the wiring,” Bute said. “However, a lot of these people who call themselves builders are self-proclaimed.”

On the other hand, RVIA-certified contractors that build and sell tiny houses generally work with local ECs to do the wiring.

“This is where the biggest opportunity for electrical contractors lies,” he said. “You can connect with your local tiny house contractors, show them your expertise, show them how you can save them time, and explain to them that you will have third-party assignment of liability for the electric.”

In addition, a licensed EC can give more credibility to a tiny-house builder.