Those Who Make Million-Dollar Contracts 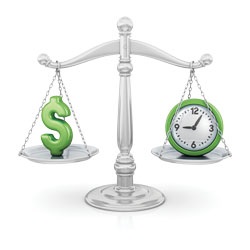 How would you react if you discovered—after the fact—that you had signed a contract that permitted the other contracting party (owner or general contractor) to act arbitrarily, to actively interfere with your work, to act in bad faith, and even to be guilty of fraud? Your initial response might be that such a contract is illegal. Your second thought might well be that you would never sign such a deal. Actually, you may be wrong in those opinions.

In a recent case from Texas, Port of Houston Authority of Harris County v. Zachry Construction Corp., the contractor was awarded nearly $20 million after a three-month jury trial. Zachry proved the port authority had acted in bad faith, intentionally interfered with the work, and created major job disruptions and delays. On appeal, the decision was reversed. All of Zachry’s claims for delays and hindrance, and those of its subcontractor, were thrown out. How could this happen?

The no-damages-for-delay clause
You may be familiar with a contract clause that is usually labeled force majeure. That clause provides that, in the event of a natural disaster or other unexpected occurrence—such as a fire, a labor strike or unusually severe weather—neither party to the contract will be considered at fault. A force majeure clause gives the contractor a time extension but no compensation, and the owner cannot demand extra money from the contractor for late completion. This result seems fair. That contract provision is a basic no-damages-for-delay agreement.

Modern contracts often expand on the force majeure concept and include other types of delays for which the contractor agrees it will not be entitled to compensation. These expanded no--damages clauses might still be labeled “force majeure,” which can be misleading. They can include delays caused by changes, differing site conditions, coordination problems among contractors and even late decisions by the owner (late approval of shop drawings, for example).

“Incorporation” language usually appears in the preliminary paragraphs of the subcontract terms. “Pass through” language usually occurs later in the agreement, typically under a clause labeled “claims,” “disputes” or even “arbitration.”

What are “delay” damages?
On its face, you may think a clause that states you have no right to delay damages only pertains to delays. That assumption is not correct. Many courts have interpreted “delay damages” to include all resultant impacts, such as out-of-sequence work, stacking of trades and job compression (acceleration). Keep this judicial interpretation in mind before you decide that delays in your job should not be a considerable problem.

At least one court has found that a contractor’s agreement to accept a time extension as the full and exclusive remedy for delay damages prevented the contractor from walking off the job. The court held that the contractor did not have the option to terminate the contract because of lengthy delays. So long as the owner granted time extensions, there was no breach of contract to justify a termination.

The extreme expansion in Zachry
Here is the no-damages language the Houston port authority used. It bars all claims “arising out of or associated with any delay or hindrance to the Work … including events of Force Majeure, AND EVEN IF SUCH DELAY OR HINDRANCE RESULTS FROM, ARISES OUT OF OR IS DUE, IN WHOLE OR IN PART, TO THE NEGLIGENCE, BREACH OF CONTRACT OR OTHER FAULT OF THE PORT AUTHORITY.” (Capital letters were used in the original contract.)

This language is somewhat breathtaking. On the other hand, the Court of Appeals pointed out that the clause was not hidden. It certainly was not ambiguous, and the contractor signed the contract anyway. The court cited an often-referenced U.S. Supreme Court decision from 1920: “Men who take $1,000,000 contracts for government buildings are neither unsophisticated nor careless … and the presumption is obvious and strong that the men signing such a contract … protected themselves against such delays as are complained of by the higher price exacted for the work.”

The logic of this quote is shaky at best. As applied to Zachry, the logic cannot be defended. How could a contractor build in a contingency amount in its bid to account for the potential that the owner will intentionally breach the contract or act in bad faith?

The Court of Appeals went further in interpreting the clause. It held that this no-damages language barred any claims arising out of arbitrary and capricious conduct, active interference, bad faith and even fraud by the owner. (The subcontractor’s pass-through claim was similarly barred.)

Conclusion
First, you need to read your contract to know if a Zachry clause, or one like it, is in the proposed terms. Subcontractors have hard choices where a harsh no damages-for-delay clause makes an appearance. Can you strike it or modify it? Or must you turn down the contract because of the risk?

In Zachry, the issue was whether an owner can fully absolve itself from liability relating to delays. There is nothing in the opinion that would preclude a general contractor from copying this language into your subcontract, either by direct inclusion or through an incorporation.

Zachry has petitioned the Texas Supreme Court to be permitted to appeal the ruling discussed in this article. NECA has filed a “friend of the court” letter to the Texas Supreme Court. The letter emphasizes the adverse effects the Zachry decision can have on electrical contractors and the need to have judicial limits placed on the no damages-for-delay clauses.