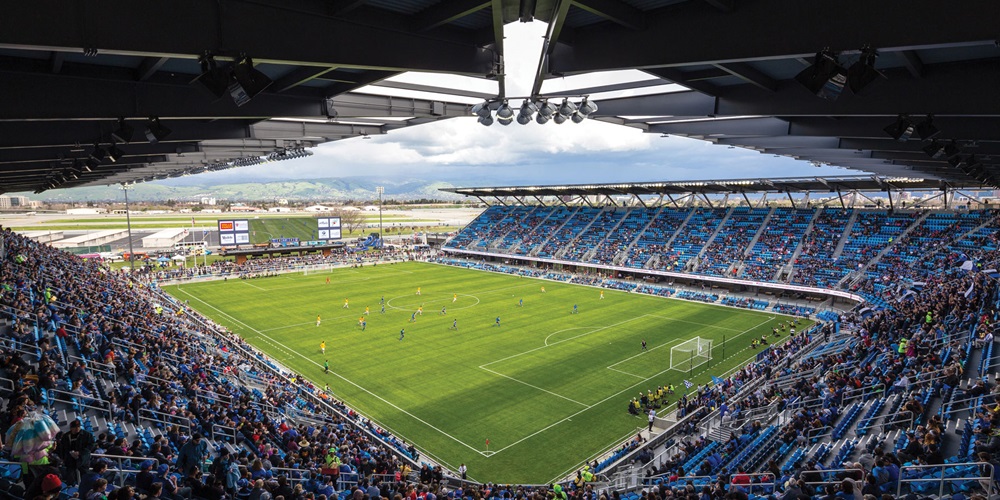 Sprig Electric, a specialty electrical and low-voltage systems contractor in San Jose, Calif., completed wiring and other upgrades at the recently opened 18,000-seat Avaya Stadium in March. The stadium—home to the San Jose Earthquakes—is the first “cloud-enabled” stadium in Major League Soccer, according to an April press release from Sprig Electric.

The $7.5 million project included adding electrical infrastructure, data communications, wireless infrastructure and solar power. Sprig Electric installed an 882-solar-panel array in the stadium carport, with a capacity of 220 kilowatts—enough to offset regular game-day usage, according to the press release.

“This is a big-league ball park,” said Ron Piovesan, Sprig Electric senior project manager. “We are really excited to be a part of it. It’s not every day a project manager gets the opportunity to build a stadium.”

The wiring and high-bandwidth Wi-Fi infrastructure include cable infrastructure for the wireless system on the concourse levels. Fans are now able to connect to enhanced digital applications from their mobile devices and can use the network to buy tickets, use paperless entry, check out merchandise, view digital player cards, participate in stadium chats and live polls, and look up parking maps and traffic updates.

The company partnered on the project with ERMCO Inc., an Indianapolis-based electrical construction firm that has worked with many sports franchises.

“One of the biggest challenges during the initial stages of wiring the stadium was hoisting Sprig Electric’s electricians high into the air [using a special knuckle boom] inside the structure so that lighting could be installed on the perimeter of the stadium,” Piovesan said.

Piovesan said being an electrical contractor enables Sprig to separate divisions and division managers so the company can juggle and install these different systems in one project.

Sprig Electric is working on several additional California projects, including a mixed-use campus in Santa Clara, the Menlo Gateway in Menlo Park, the Apple Vallco Parkway 03 and 04 in Cupertino, the Playground Global in Palo Alto, and the solar photovoltaic and Tesla Powerpack battery storage system at its own corporate headquarters in San Jose.