Skating to Where the Puck Is 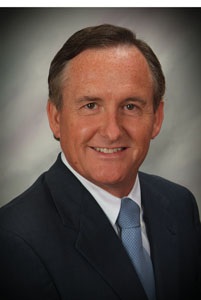 Many contractors and other technical types prefer the plain-spokenness of facts and figures to sayings from famous people, but since the common-sense wisdom of a familiar sports adage is so visibly in play in our industry right now, I can’t resist. I’m referring to a quote from Wayne Gretzky, who is generally regarded as the best player in the history of the National Hockey League. When asked the secret of his success, he said, “I skate to where the puck is going to be, not where it has been.”

That’s good advice, though it’s not always easy to follow if you have no idea what trajectory the puck will take. But perhaps never before in the history of our industry have we electrical contractors had such a great view of where the trends are heading. We know where contractors are succeeding despite economic conditions. We can see what direction we must take to grow our businesses. All signs point to us providing more nontraditional services involving energy management in some form.

We’ve known this for some time now, even before the past two editions of ELECTRICAL CONTRACTOR’s biennial “Profile of the Electrical Contractor” (reflecting data from 2007 and 2009) confirmed that each year electrical contractors are becoming more involved in projects with green or sustainable building elements.

The profile showed that, as the recession took its toll, many of our customers sought energy management services to shave their electricity bills, and we contractors, who have experienced our traditional markets dwindling, were happy to oblige. But, we didn’t invest in learning about, and training our workers on, energy management in order to make it just a temporary stopgap. We are not retrenching back to the time when only providing light and power defined (and, subsequently, limited) what it meant to be an electrical contractor.

And there’s no reason why we should! Customers will still have plenty of reasons to acquire electrical contracting services that can help their building systems perform better and help them save on energy costs.

Here’s why: Electricity rates were static for most of the 1990s and early 2000s. The average cost per kilowatt spiked by about 2.5 cents between 2005 and 2010 and then flattened out a bit over the past year. But, now, utilities are filing applications to pass on hundreds of millions of dollars in new charges to customers to help upgrade aging infrastructure and build new or retrofitted power plants that comply with tougher environmental regulations. As a result, utility customers could see rates rise by an additional 10 to 35 percent over the next three years, according to the Energy Information Administration.

The U.S. Green Building Council (USGBC), which developed the Leadership in Energy and Environmental Design (LEED) green building rating systems, also released an interesting report. It noted that 71 percent of all projects valued at more than $50 million that were underway in 2011 mentioned LEED specification. Historically, the USGBC has seen the stock of LEED-certified green projects overwhelmingly made up of new construction projects, both in volume and square footage. So, the really big news is, as of the beginning of December 2011, the square footage of LEED-certified existing buildings surpassed LEED-certified new construction for the first time by 15 million square feet on a cumulative basis.

The USGBC agrees with McGraw-Hill and other industry analysts that the market for energy retrofits is growing dramatically, on LEED and non-LEEDprojects alike. That makes sense; older buildings (including those built only a few years ago, before the latest energy solutions technologies were available) are most likely to benefit from efficiency upgrades. That means qualified electrical contractors could benefit from a lot of new opportunities in providing energy solutions involving systems integration.

In this context, qualified electrical contractors are the kind who can talk intelligently with potential customers about technology and equipment options, financing options, return on investment, and the like. Now is the time to develop such capabilities within your company—before the window of opportunity closes—because, as Wayne Gretzky also said, “You’ll miss 100 percent of the shots you don’t take.”

Dennis Quebe is a former president of the National Electrical Contractors Association (NECA) and contributed the President's Desk column monthly. He took office in January 2012 and served a three-year term.