Shining A Light On Overhead 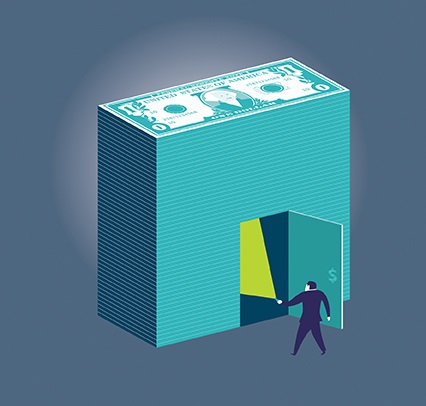 A recent case ruled that the contractor’s markup for overhead on a change order covered all overhead, both field and home office. On first impression, this ruling may not seem unusual, but the facts of the case indicate an unfairness in the result.

During construction, the owner proposed a change, and the contractor submitted its proposal for its costs plus a percentage for overhead. Because of an uncertainty in when the formal change would be issued and how it would affect the construction schedule, the contractor placed a reservation in its proposal: the right to claim for any delay or impact costs.

In fact, the owner waited until the contractor had completed nearly all of its work before it issued the change order. The changed work took about 30 days to perform, and the contractor put in a claim for extended field supervision. That claim was rejected. The judge ruled that the overhead markup was complete payment, whether the change could be performed within the original schedule or whether it delayed completion, as here, by 30 days.

This judge’s decision is consistent with the prevailing rule for federal government contracts, even where a contractor makes a note on the change order that it is reserving all rights to delay costs. Whether this decision is justified begs the question of what exactly constitutes “overhead.” It turns out that there is no good legal definition.

Labor, for example, may be priced out (billed) at an hourly rate, but that will probably be a built-up rate that includes taxes, insurances and other indirect costs such as fees and expenses. The rate may also include allowances for small tools, expendables, company trucks, etc.

Similarly, job supervision may be viewed as a direct field expense (e.g., foremen, nonworking foremen and project managers) or as field-office overhead (e.g., clerk of the works, superintendents, safety inspectors).

Where there is a dispute, courts seldom differentiate between field- and home-office overhead. Neither do most contracts. Even in those instances where the contract expressly states an agreed markup (e.g., 10 percent overhead and 10 percent profit on changes), it may not be clear that field-office overhead is included.

This issue of overhead-cost recovery has become more important because of the changing rules regarding compensation for delays. The three problem areas are 1) the use limitations of the Eichleay formula for calculating extended home-office overhead claims; 2) the increasing use of no-damages-for-delay clauses in contracts; and 3) court decisions, like the one discussed here, that hold that an overhead markup on changes covers all overhead costs regardless of whether the changes cause a delay to the project. The problems are compounded on design/build jobs because your designers/engineers may be viewed as home-office costs yet should be charged as field labor.

For years, contractors have used the Eichleay formula to calculate claims for extended field- and home-office overhead. The formula is simple: the premise is that a company’s overhead costs are borne equally by all jobs. (I covered calculation in “The Elusive Cost of Waiting,” ELECTRICAL CONTRACTOR, May 2013.)

This calculation was used for any delay, whether caused by interferences, differing conditions or change orders. However, the original case that established the formula involved a work stoppage and, with federal government contracts, the Eichleay formula is now curtailed to apply only to work stoppages and only when the contractor is on standby. In state courts, the results may be different.

No damages for delay

In a sense, there is an irony here as the increased use of a no-damages-for-delay clause arose in large part to combat Eichleay formula claims, which are now being restricted for other reasons. Such a clause not only precludes extended home-office claims, but also those for extended field office and, indeed, many claims that begin with the word “extended.”

As noted above, many courts and boards of contract appeals in the federal government sphere hold that a markup for overhead in a change order precludes a claim for extended overhead for delays that are traceable to that change order.

The lack of clarity of how field-office overhead is to be accounted for may be used to your benefit. There are many contractors who use a “built-up” labor rate for billing extra work that is calculated to include allocations for safety training, paid vacation days, material handling, etc. The amount of the allocation is sometimes based on historic averages for the company, and it is sometimes simply an educated percentage guess.

Other contractors more overtly list the following as direct costs on their proposed change orders: equipment use (at rental value, depreciation value or other basis), engineering hours, procurement hours, and subcontractor supervision and coordination.

For materials, there may be a basis for a labor allocation for procurement time, material handling and storage. These labor components would be in addition to your direct material costs that may include an amount for damage and waste.

Depending on your contract, other avenues may be available for direct recovery of what might otherwise be seen as overhead expenses. For example, a standard differing-conditions clause requires you to stop work in the affected area until further direction is received. In such an instance, you will potentially have demobilization, redeployment and remobilization costs for manpower, equipment, material storage and supervision.

Similarly, a “suspension of work” clause generally permits recovery of standby costs as well as mobilization/demobilization costs. By fully accounting for all of these direct costs, a markup for overhead will help make you financially whole.