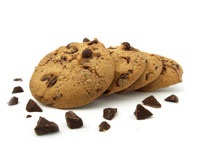 The need for security drives financial planning. Business owners attempt to ensure the survival of their operations by preparing for likely events and asserting control over the future. You reinvest profit, negotiate the best loan rates, and hold onto your cash, deluding yourself that strategy and analysis will protect you from the forces of change. Economist John Kenneth Galbraith stated, “We have two classes of forecasters: Those who don’t know—and those who don’t know they don’t know.” Uncertainty is our reality.

When I left home for college, I predicted a positive experience, so the “floating anxiety” I developed was probably a latent reaction to the insecurity of my new independence. While searching for an alternative to tranquilizers, I discovered the book “The Wisdom of Insecurity,” in which British philosopher Alan Watts discusses the futility of mankind’s search for security. Life is a river with a strong current, he explains. If you fight the current, you eventually drown. If you drift, you eventually hit an obstacle. The trick is to swim with the current, gently easing toward a desired place on the shore.

In business, uncertainty produces anxiety that drives poor financial decisions: acquiring assets in the continual pursuit of growth, insistence on pursuing an obsolete market niche, or continual refinancing that increases debt burdens. To avoid drowning, you must read the currents of market trends and company culture and flow with them.

You must also embrace the concept of serendipity. Considered one of the hardest words to translate, the term derives from a Persian fairy tale, “The Three Princes of Serendip,” in which the heroes repeatedly discovered something completely different from the object of their latest quest. Serendipity is the unexpected opportunity that arises while you are pursuing a different goal.

The success of Japanese entrepreneurs has often been linked to their ability to tap into the hunches or intuitive insights of employees and test them throughout the entire organization. American business culture, which is dependent on logic and data, is not as responsive to sudden opportunities or poised to take advantage of them. Fear of failure prevents business owners from embracing serendipity. As a business owner, you will miss the windfalls available to you if you stubbornly adhere to established plans, budgets and marketing strategies.

Think of how many valuable products have been discovered while the engineer, scientist or product developer was working on something else. Vulcanized rubber, safety glass, Post-It notes, and chocolate chip cookies resulted from failed attempts to create other products. When scientist Louis Pasteur stated, “Chance favors the prepared mind,” he was referring to serendipity. Looking through a different filter can turn a failure into a new opportunity.

When I was a contractor, I met with the owners of a new residence to negotiate a sizeable contract. The architect had specified our company for the work, so after finalizing some design details, I approached the door, satisfied that the project was beneficial to all parties. Then, the moment of serendipity—the owners asked for my opinion of their prospective general contractors. One was unsuitable and unethical. Two were acceptable. The fourth was a preferred customer, and I gave that firm a glowing recommendation; however, its price would certainly be the highest. I ensured my customer knew of my recommendation; when it got the job, it solidified our relationship even further. Had I hesitated to seize the moment, that job could have been much less profitable and enjoyable for all parties, including the owners.

Disaster also produces serendipity. The forest fire clears old growth that has often slowed and has begun to deteriorate, and the ashes alter the soil, allowing new life to rapidly fill the void. If you have ever mourned the loss of a customer, only to acquire a new one who paid faster and was more cooperative, you have cleared the debris of an old relationship and fostered fresh growth. Or, you may have been forced into a new market niche, such as smart home technology or alarm systems, and found it to be your most profitable work. At a meeting you almost skipped, you may have met a new banker or discovered a new product line. While attending your child’s school play, you may have generated a referral to a new customer from the parent next to you. A budget crisis may have unveiled efficiencies or new life in assets you had intended to replace. A sudden illness or operation that kept you from the office may have allowed key employees to step up and use their potential in ways you never would have noticed.

Serendipity comes in many forms. Prepare your mind, go with the flow, and you will be surprised at what you discover while you’re searching for something else.

NORBERG-JOHNSON is a former subcontractor and past president of two national construction associations. She may be reached at [email protected].