The Pros and Cons of Arbitration 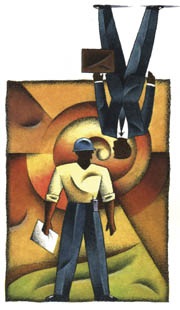 Whether to arbitrate is not normally a question. If your contract has a written arbitration clause, you must arbitrate. If not, you can pursue your claims in court. So, what do you need to know about the process?

Congress passed the Federal Arbitration Act (FAA) in 1925. Every state has adopted a version of the Uniform Arbitration Act, which is similar to the federal law. Even so, many attorneys are not familiar with these statutes, nor are many state judges.

Businesspeople want to avoid having the courts resolve disputes. Court procedures can be complicated, the proceedings are public and the court’s decision can be appealed, which adds an indefinite amount of time to obtaining a final decision.

Under the FAA, these problems are supposed to be minimized. “A written agreement in ... a contract ... to settle by arbitration a controversy thereafter arising out of such contract ... shall be valid, irrevocable and enforceable.” If one party refuses to arbitrate, the court will compel the reluctant party to do so. Once an award is issued by the arbitrator(s), the court must confirm the award if requested. All this makes arbitration a powerful system.

Perhaps the most common arbitration clause appears in American Institute of Architects (AIA) documents. The AIA standard form contracts provide that all claims and controversies arising out of or concerning the contract or the breach thereof shall be decided in arbitration. What does this mean?

The “or concerning the contract” language expands the scope of what can be arbitrated and is generally enforced. Some companies, attempting to avoid arbitration, have alleged negligence and even fraud in the hope that these types of tort claims will be sent to court. But those tactics do not work.

Example 1: You are sued in state court. You want the case to be arbitrated, as your contract provides, but you are concerned that the local judge is not an expert on arbitration, so you have the case transferred to federal court. Too bad; by making use of court procedures, you have waived your contract right to arbitration.

Example 3: You get sued by a supplier for payment, but the owner, with whom you have an arbitration agreement, has not paid you. Now you are in court with the supplier and in arbitration with the owner.

Arbitrators are not bound by the law or the facts, except in rare instances. The only place to review such errors would be in court, but a court is not permitted to substitute its judgment for that of the arbitrator. As a result, arbitrators can hear evidence that would not be admissible in court, and they can get away with making erroneous rulings on legal doctrines. The good part for contractors with poor records is they can present evidence through second-hand sources that would be excluded in court.

Discovery is a major issue in court. There can be interrogatories, requests for production of documents, depositions and other tools designed to provide full disclosure between the parties. Under the FAA, discovery is simplified and limited. “The arbitrators... may summon ... any person ... as a witness and ... [he must] bring with him ... any book, record, document or paper which may be deemed material as evidence in the case.”

I have had arbitrations where there was no pre-hearing discovery, and ones where the parties decided to adhere to the Federal Rules of Civil Procedure and there were dozens of depositions. The control of these matters in arbitration is largely left to the parties. If your attorney is not attuned to this situation, you will be at a disadvantage.

An appeal to a court from an unsatisfactory award in arbitration can drag out the process, but it is unlikely to succeed. Under the FAA, an arbitration award can be vacated only if one of four foundations exist:

1. The award was procured by corruption.

2. The arbitrator was corrupt.

3. The party was prejudiced by the arbitrator’s decisions on evidence and hearing postponements.

In other words, something really bad had to have occurred. Even so, there have been massive amounts of unsuccessful appeals. No. 3 is the powerful exception, although seldom used. Specifically, the FAA does not enforce an arbitration award “[w]here the arbitrators were guilty of misconduct in refusing to postpone the hearing ... or in refusing to hear evidence pertinent and material to the controversy.”

One last example: During the hearings, your opposition brings in a surprise witness. After his testimony, you request an adjournment of the proceedings while you mull over this unexpected event. The arbitrator denies your request. With any luck, a court reporter is taking down all of this information. This may be a violation of the third foundation for vacating an award.

No system of justice, be it court or arbitration, is infallible. Each approach offers something good, and something not so good. The key is to know the procedures so you can work within them. EC