The Platform for Nanokrieg is Next 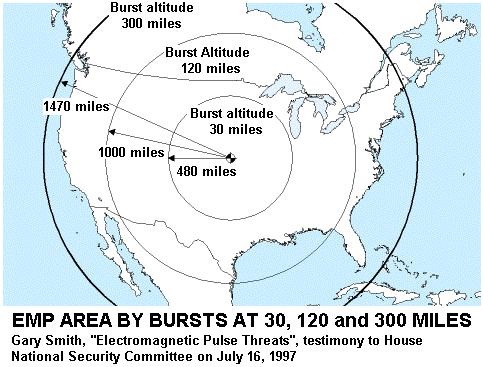 James Carlini has seen some success with his first book, "Location Location Connectivity." In addition to sales, he has gotten something more important: Added credibility from the U.S. Army Corps of Engineers who referred to his definition of infrastructure and economic growth, the Platform for Commerce, in their handbook, "Infrastructure and the Operational Art."

The concept for the Platform for Commerce was first submitted by Carlini in a white paper on “Intelligent Infrastructure: Insuring Security for Regional Sustainability” and was selected to be presented at the U.S. Department of Homeland Security’s Workshop on Aging Infrastructure at Columbia University in New York City in July, 2009. His white paper was published later in October 2009 in the George Mason University’s School of Law’s CIP (Critical Infrastructure Project) Report.

His definition for infrastructure was later refined in "Location Location Connectivity," published in the last quarter of 2014. This visionary book is gaining ground in various segments of real estate, infrastructure, technology and regional economic development circles.

James Carlini is not stopping. He is looking at other areas to apply a clear focus on taking complex concepts, gray areas, and imprecise definitions to build a precise framework that can be generally accepted across diverse disciplines.  This effort can help visualize the complexities of those concepts and clear up misinformation.

I spoke with him on some of the things he is currently working on.

ANOTHER BOOK IN THE MAKING?

BISBEE:  Now that your book is out, what are you looking at for the future?

CARLINI: I am speaking at some upcoming conferences, and we need to get more people accepting a general framework of infrastructure and how it relates to regional economic development that everyone can identify with. They need to visualize what infrastructure is when they look at improving regional sustainability as well as setting the right direction to get to the IoT.

In order to build new layers and sub-layers that support and extend the capabilities of intelligent amenities, like power and broadband connectivity, developers, municipalities, technologists, and architects all need to understand what the initial framework is.

BISBEE:  What else are you looking at in the near future?

CARLINI: Well, I am really thinking about developing a second book focusing on the military side of infrastructure. The next book is a strategic perspective on military infrastructures, strategies, and tactics (MIST) in the 21st century.

BISBEE: Wow, writing a second book with that type of topic sounds like it could be a very demanding endeavor.

CARLINI: Writing a book is always a demanding endeavor as I have found out. Writing something people can refer to and use as a good reference or precise framework for understanding is even more demanding.

We need to get people on the same page before we start setting a new direction, whether it is in a commercial endeavor or a military strategy or action.

In many critical areas, we need to get people thinking in a 21st century multidisciplinary perspective instead of relying on a 20th century framework for decisions, whether they be in civilian or military endeavors.

BISBEE: Why is setting up an approach on the military side important?

CARLINI: We need to understand what the real threats are in the 21st century, and we must make sure we are not trying to defend ourselves with 20th century solutions.

A good comparison from the past is when the Germans started World War II, their whole war strategy was so far ahead of the rest of Europe. They were into Blitzkrieg with new weapons and tactics, like tanks and dive bombers, while other countries were still riding around on horses using the strategy of the military framework of World War I. Their defenses crumbled in weeks against the Germans.

Another unfortunate comparison closer to home and more current was the strategy behind 9/11 and the lack of foresight for even putting something like this in the scenario playbook for counterterrorism.

I watched a Frontline report that was filmed prior to 9/11 discussing all the countermeasures the military creates for different terrorist scenarios. After watching what they were preparing for and what actually happened in the 9/11 attack, I am sure the “experts” went back to the drawing boards. Nothing like this was in their “potential scenarios” playbook.

BISBEE: Is there a need for a military perspective on infrastructure?

CARLINI: There has always been a need for understanding the importance of infrastructure since the Roman Empire, if not earlier. Before they could move their army effectively, the Romans needed to develop the roads and bridges needed to overcome natural obstacles.

In the 21st century, I believe there are new types of obstacles to overcome and to control: the weather (storms, tidal waves, maybe even drought), electromagnetic pulse (EMP) threats, sound waves, biological attacks, and others that don’t show up in the typical 20th century playbook.

BISBEE: So is Blitzkrieg old school?

CARLINI: It’s REAL old school. Something more appropriate today would be Nanokrieg where threats, defenses and battle decisions need to be measured in nanoseconds and the synchronicity of cyber events and responses need to be readily available, analyzed, and managed.

BISBEE: I know you have written a couple of articles on timing as a service for things like HFT servers in stock exchange applications. How does that relate or translate to military applications?

CARLINI: With HFT servers sending out transactions every couple of microseconds in financial applications, any type of monitoring device or a device that can re-construct the sequence of events needs to measure at nanoseconds.

In one article on cloud transaction synchronicity, I discuss some of these issues as well as the need for one universal clock to take timing from within a cloud of multiple servers and data center sites.

There are similar issues when it comes to military applications. Nanokrieg needs synchronicity at the nanosecond level.  Let me detail that out in my book.

BISBEE: Nanokrieg, that sounds so far out.

CARLINI: It really isn’t, and the faster we get to understanding a whole new precise framework for threats, attacks, and countermeasures, the faster technology architects, engineers, manufacturers, military leaders, and politicians can redefine what is necessary to stay on top of 21st century global threats and approach each individual cube of that framework with analysis, design, and implementation of a real solution.

BISBEE: Can we expect any “Carlini-isms” on the military side of things?

CARLINI: I have been thinking about that, and I have come up with one good one so far: “The pen might be mightier than the sword, but a Gatling Gun makes a good typewriter to send a message.”

BISBEE: Sounds like you have your work cut out for you? Do you have a title yet for your next book?

CARLINI:  I need to show the transition from one century to the next, something visual like, "Transforming Military Titanics into Starships," keeps popping up in my mind. If nothing else, I think it would make a good illustration for the book cover.

Carlini’s current visionary book, "Location Location Connectivity," is available on Amazon. I have read it. Here is what I thought of it.

Carlini nailed it. He has very accurately described the challenges we face on quest to compete, win, and overcome the obstacles brought on by the new technology. Carlini explains the transition from integrated systems to integrated buildings, then the campus, and finally the communities.

A practitioner's strategic perspective on Intelligent Infrastructures, the platforms for commerce needed to provide regional sustainability within a 21st century global marketplace. The three most important words in next-generation real estate are "Location, Location, Connectivity."

"Location Location Connectivity" is a book about the convergence of real estate, infrastructure, technology, and regional economic development. Many books on technology and its strategic direction are written by by-standers. Carlini is no by-stander. His pragmatic perspective is based on decades of working with high-tech real estate, mission critical applications, and applying technology to the enterprise.

Commercial real estate development, master planning, applying technology, network engineering, and power grids as well as marketing strategies, must adapt in order to fit the dynamic demands of prospective tenants dealing with the global economy. In the United States and other countries, there is a multilevel government concern for regional sustainability and job growth. This has created a need for new unity in community development, construction, collaboration and coordination between municipalities, counties, economic development commissions and the developers of business and industrial parks.

Traditional concepts, development approaches, metrics and rules-of-thumb must be updated in order to support strategic multi-disciplinary approaches for sustaining commercial enterprises engaged in global competition. Infrastructure has been the “Platform for Commerce” supporting economic development for over 5,000 years. The framework of eight layers of infrastructure is defined and reviewed. Anyone in government concerned with regional economic development, creating jobs and expanding trade routes (both real and virtual) must understand the history, structure, and current and future applications of the framework as trade routes have become electronic.

The way people conduct business has evolved. People building and using the infrastructure need to understand this as well. Broadband connectivity is the latest layer of critical infrastructure. Having this single layer providing an intelligent amenity to a commercial building or campus can eliminate 90 percent of the competition in most real estate markets. Intelligent business campuses (IBCs) and intelligent industrial parks (IIPs) are being built today. Every country faces global competition; economic development, job creation and regional sustainability depend on these next-generation business parks.

Readers should balance the media materials generated by those companies and organizations with a vested interest in obsolete technologies. The visionary Carlini reminds us: “What we don’t need is a new set of buggy whips.” I agree, but that’s just my opinion.

Frank Bisbee is with Communication Planning Corp., a telecom and datacom design/build firm. He provides a free monthly summary of industry news on www.wireville.com.