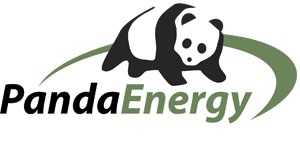 Panda Energy Inc announced that it intends to build, own and operate a 1,000-megawatt combined-cycle power plant in an industrial-zoned area of the city of Temple, Texas. The highly efficient natural-gas-fueled generating station will use the latest in proven technology and will be able to supply the power needs of approximately 750,000 homes in the central and north Texas regions.

According to Panda Energy, air emissions at the facility will be controlled to be among the very lowest of any power plant in Texas, a state that possesses some of the country’s most stringent air quality standards. The facility also will maximize the use of reclaimed water to conserve the state’s fresh water resources.

The facility has been strategically sited along the Texas half of the I-35 corridor, one of the 10 most concentrated, and rapidly growing, population centers in the United States. Approximately 45 percent of Texas’ 21 million citizens live within 50 miles of I-35.

“This plant will help meet the future energy needs of our growing state, strengthen the economy of central Texas and produce clean, low-priced electric power,” said Robert Carter, chairman and chief executive officer of Panda Energy. “With little or no power plant construction occurring during the past five years, the overbuild seen in the aftermath of the Enron debacle is working itself out. State and local officials are being far sighted in working now to enhance the future reliability of the region’s power supply.”

“This power plant will provide the electricity we need to locate future industries and jobs in Temple,” said Lee Peterson, president of the Temple Economic Development Corp. “Equally important, it will enhance the area’s economy in the near term as well. It will enlarge payrolls, expand the tax base and drive revenues for contractors, suppliers, engineering firms, hotels, restaurants, retailers and a host of other businesses.”

At peak construction, an estimated 400 to 500 personnel will be employed to construct the Temple power plant. During operations, the generating station will create an estimated 25 skilled jobs and 45 support jobs. According to an economic impact analysis conducted by Impact Data Source of Austin, Texas, the construction and ongoing operation of the plant will infuse more than $505 million into the area’s economy over the next 10 years.

The Temple Generating Station will be located on a 250-acre site at the South Temple Industrial Park. Construction will take approximately 24 months and is dependent on financing, regulatory approvals and other conditions. Panda Energy has submitted its request for an air permit with the Texas Commission on Environmental Quality.