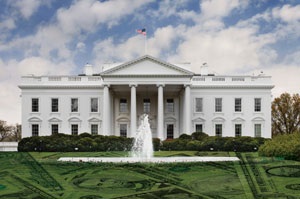 In the ongoing pursuit of a more sustainable energy future, the efficient use of power in existing buildings is taking on an ever-expanding role.

The White House recognizes this growing movement and has invested a healthy amount of federal dollars into it. It has also leveraged a similar amount of private commitments.

In December, President Obama announced nearly $4 billion in combined federal and private-sector energy upgrades to buildings over the next two years. The upgrades will save money in many respects. For example, taxpayers will be spared about $2 million in upfront costs for upgrades of federal buildings that will be offset by the long-term energy savings they create.

Also, the federal government will not be doing this alone. About half of the total amount represents commitments made by 60 CEOs, mayors, university presidents and labor leaders to private capital investments in energy-efficiency projects. They have also pledged to upgrade energy performance by a minimum of 20 percent by 2020. The savings they create will affect 1.6 billion square feet of office, industrial, municipal, hospital, university, community college and school buildings.

The commitments were announced as a result of the Better Buildings Challenge, which is part of the Better Buildings Initiative launched in February 2011 by Obama. It is spearheaded by former President Clinton and the President’s Council on Jobs and Competitiveness to support job creation by catalyzing private-sector investment in commercial and industrial building energy upgrades to make buildings more energy-efficient, reducing energy costs for businesses by nearly $40 billion.

Examples of some of the commitments made include the City of Los Angeles’ Commercial Building Performance Partnership, which provides energy audits and a suite of financing solutions for owners of commercial property to implement energy-efficiency upgrades.