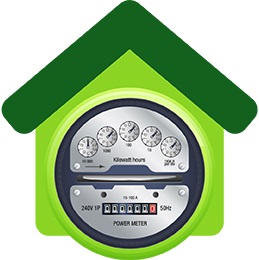 Energy Efficiency’s expanding role in the sustainable energy movement can be assessed by various measures. One of them is the use of smart meters. If the results of one recent report are any indication, the technology is catching on.

According to a report published in August by Innovation Electricity Efficiency (IEE), an Institute of the Edison Foundation, smart meter adoption is on the rise, and the trend is benefitting consumers and utilities alike.

The report, “Utility-Scale Smart Meter Deployments,” finds that the number of homes using smart meters is growing quickly across the country. As of July 2013, smart meters were installed in more than 45 million U.S. households, up from 36 million in 2012. The 2013 figure represents nearly 40 percent of the total number of households in the country.

How utilities are using the data they gather from smart meters is as important as the growing number of meters installed. According to IEE, smart meters “are changing the way utilities manage the grid,” as they develop programs that create major efficiencies and monetary savings for their own coffers as well as for their customers.

The report cites several examples, such as a monitoring program adopted by Oklahoma Gas & Electric that is estimated to cut the utility’s electricity load by 75 megawatts (MW) by 2018. In Delaware and Maryland, Potomac Electric Power Co.’s Peak Energy Savings program is expected to provide about 50 MW of demand response. In Nevada, NV Energy is moving to a new program called mPowered for Commercial to save 75 MW in large commercial buildings by 2015.