A Job Well Done - But Not Finished 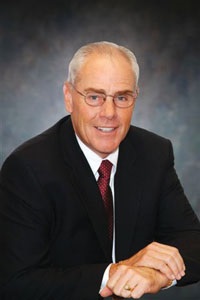 The way some people tell it, a dramatic decline in construction fatalities can be attributed to only one thing: high unemployment and a decrease in building activity during the economic downturn, resulting in fewer people being exposed to hazards on construction sites. Those people are wrong.

On the same day these figures were published, the Associated General Contractors of America, which closely scrutinizes construction economics, issued a statement explaining why the new numbers are not attributable to the recession. It emphasized that construction spending declined by 31 percent between 2006 and 2010, so “the number of construction fatalities declined faster than the total amount of money invested in construction projects during the past five years.”

The most likely explanation for the significant improvement in construction’s fatality rates is the industry-wide commitment to improving workplace safety, which has been an increasing focus of attention. Those efforts to improve job site safety are starting to pay off.

Over the past few years, the construction industry has made safety a top priority throughout formal work force training programs that provide workers with information they need to recognize hazards. This emphasis is maintained at the individual company level, where workers also undergo rigorous, ongoing classroom and on-site safety training. And, as contractors and customers alike have come to realize the high cost of accidents in the workplace, safety is now an essential part of nearly all preconstruction planning.

One of the most positive developments in occupational safety in recent years is the exponential increase in support for, and acceptance of, NFPA 70E, the Standard for Electrical Safety in the Workplace. This standard covers job planning and hazard analysis, de-energizing and lockout/tagout procedures, arc flash prevention, and personal protective equipment. NFPA 70E’s main tenet is that it allows work on energized circuits only when de-energizing would be unsafe or infeasible, not merely if it is inconvenient to the customer.

I am proud that NECA adopted a National Safety Policy based on NFPA 70E during my tenure as president. “Zero injuries” is an achievable goal on every project. The first step is making “zero-energy work environments” the norm and ensuring that all parties—employer, employee and customer—share responsibility for work site safety.

The 2012 edition of NFPA 70E is now available, and as mentioned in the NECA Notes section of this magazine (page 117), NECA was well represented in its development, just as NECA contractors are extensively involved in keeping the National Electrical Code and other life and safety standards up-to-date. There will be no letup in these activities. (For information on NECA’s involvement in developing codes and standards, including our own National Electrical Installation Standards, and industry best practices, visit www.neca-neis.org.)

NECA also will continue co-sponsoring state-of-the-art safety training for electrical workers. We’ll keep developing and delivering safety-related management education programs. NECA will remain a vocal and active participant in legislative affairs and the regulatory process to ensure the concerns of electrical contractors are recognized in the development of safety rules and regulations. NECA also will continue to create effective safety resources to meet the changing needs of our industry. And we’ll continue to introduce innovative new programs, such as the NECA Safety Professionals Conference, which is now set to become an annual event.

We have to. Whether one person dies or is “merely” injured because of a job site accident, that’s one person too many. So, until the goal of zero injuries is achieved universally, NECA’s job with respect to helping electrical contractors improve safety performance isn’t finished. And we contractors also have a never-ending top-priority task: ensuring everyone can go home safe at the end of the day.

Rex Ferry was president of the National Electrical Contractors Association (NECA) from 2009 through 2011 and contributed the President's Desk column monthly.