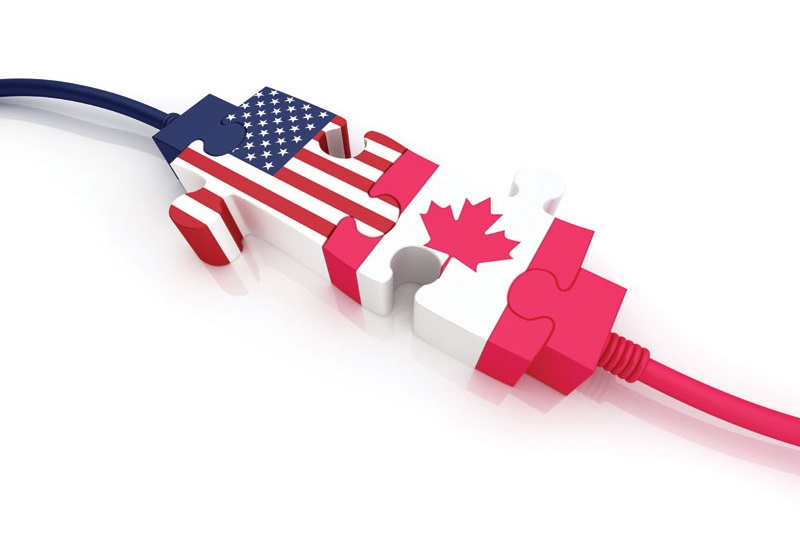 In January, the National Energy Board (NEB) of Canada announced that it has approved the Lake Erie Connector Project, a 117-kilometer (km) international transmission line that will connect Ontario with Pennsylvania, running under Lake Erie.

The transmission line will provide a 1,000-megawatt, ±320-kilovolt, high-voltage direct current (HVDC), bidirectional electric interconnection between Nanticoke, Ontario and Erie County, Pa. It will comprise three distinct components. HVDC converter stations and facilities will anchor the lines. The lines themselves will include both terrestrial and underwater cable systems.

The project will be the first direct interconnection between the Independent Electricity System Operator market in Ontario and the PJM Interconnection LLC electricity market, which coordinates the movement of wholesale electricity in 13 states and the District of Columbia. The service area supports some 61 million customers.

The estimated capital cost for the 49-km Canadian portion alone is $543.5 million, and it is expected to create 331 jobs.

In rendering its decision, the NEB found the project is in the public’s interest and that it is unlikely to have significant adverse environmental effects. The board also imposed 42 different conditions on the project proponent, ITC Lake Erie LLC. Those conditions covered a wide range of issues, including environmental, safety and socioeconomic concerns.

The NEB decision is not the final hurdle for the project. According to Canadian law, it must now be approved by the federal cabinet.