Hydropower Rising From The Depths 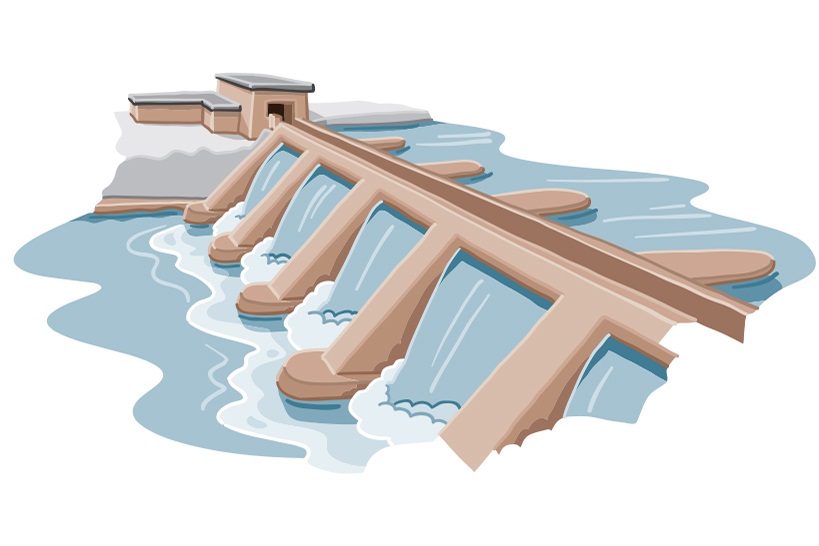 When conjuring images of renewable energy, hydropower is typically not the first thing that comes to mind. That’s usually wind, solar or geothermal. Further eroding hydro’s place, it wasn’t long ago that environmental opposition brought new dam construction to a halt. In some cases, existing dams were torn down. Nevertheless, water that fuels hydro generation is a renewable source of power.

The age of renewable power is as much about capitalizing on all available options as it is about finding new sources. Like nuclear power, another energy source that has experienced a second life after near-death only a few decades ago, hydropower appears poised for a renewal.

According to an April report by the U.S. Department of Energy (DOE), hydropower is making a significant contribution to our nation’s energy mix, and that contribution is expected to grow. “2014 Hydropower Market Highlights” assesses current hydropower-generating capacity and identifies several factors that point to expansion.

Hydropower currently accounts for about 7 percent of the nation’s installed generating capacity, with a total capacity of 79.64 gigawatts (GW). While that may not seem significant, it takes on added meaning when considering that all energy sources compete for what is left of market share after coal and natural gas, which account for more than half of the pie.

More important, the share of electricity from hydropower is growing. According to the DOE report, hydropower has experienced a net capacity increase of 1.48 GW from 2005 to 2013. At least $6 billion has been invested in hydropower projects in the last decade.

Why is the hydropower industry growing now after decades of opposition and contraction? According to the report, much of that $6 billion has been invested in improved efficiencies and the mitigation of environmental effects. With these improvements, hydropower is increasingly seen as a viable component in the nation’s energy mix.

Signs point to the trend continuing. According to the report, there were 331 projects in the pipeline in December 2014. When completed, these projects will account for an additional 4.37 GW of capacity.