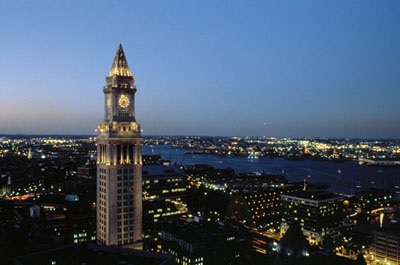 Exploring the host city of the 2006 NECA Show

FENWAY PARK, BEACON HILL, THE NORTH END—few cities are as diverse as Boston, host of the 2006 National Electrical Contractors Association (NECA) Show. Boston was the birthplace of the American Revolution and has a dynamic economy based on technology, finance, education and healthcare. It is rich in history, arts and culture. It is an avid sports town thanks to its beloved Boston Red Sox and regionally located New England Patriots.

The Boston area is home to prestigious educational institutions and world-class museums. There are beautiful parks and public spaces and a renovated harbor. Boston and surrounding communities offer visitors myriad shopping experiences from unusual and one-of-a-kind specialty shops, trendy boutiques, internationally known fashion houses and jewelry retailers. Galleries offer wide selections of fine art in all types of media. There is a multitude of fine restaurants and exciting nighttime entertainment.

Soon after Boston was founded in 1630, Puritan settlers established America’s first school (Boston Latin School), first public library and first college, Harvard (which is actually across the Charles River in Cambridge). Until 1775, Boston was the largest city in America and, for a time, was the third-largest seaport in the British Empire. A series of events in the early 1770s, including the Boston Massacre (1770) and Boston Tea Party (1773), led to the American Revolution. Several early battles between patriots and British troops occurred in Boston.

Although some architectural purists may not agree, the city’s structures present a graceful blend of the old and modern, a unique mix that sets Boston apart from other cities. Best of all, many of the most interesting and popular attractions are close by NECA convention hotels, many of them within easy walking distance.

Those who haven’t visited the city since the 1996 NECA show will be surprised at the changes. The most visible new landmark is the striking Leonard P. Zakim Bunker Hill Bridge, the widest cable-stayed bridge in the world. Part of Boston’s “Big Dig” project (the unofficial name of the Central Artery/Tunnel project) replaced the intrusive elevated highway through downtown with a tunnel. The bridge is the northern entry to and exit from the city.

Boston is a city of distinct neighborhoods packed into a small area, making it easy to see in a short period of time. However, a word of caution for drivers unfamiliar with the city: heavy traffic on the city’s meandering streets—many evolved from cow paths and trails—can be a frustrating experience; a short cab ride is worth the money.

Boston also is a walking city, and many attractions, including shopping and dining on Back Bay’s Newbury Street, are in walking distance from the Back Bay location of John B. Hynes Convention Center and NECA hotels. A good map is essential for exploring the city.

Boston Common is a good starting point for visiting many of the city’s most popular attractions. Set aside as 50 acres of common ground in 1634, it is the oldest park in America and is one gem in a string of nine city parks comprising the Emerald Necklace. The beautiful Public Garden is adjacent, and the Visitor Information Center, located on the east side of the Common, is the starting point of the Freedom Trail. Just follow the red line on the sidewalk for a 2½-mile walking tour through history.

Beacon Hill is full of cobblestone streets, brick sidewalks and 18th and 19th century homes that take visitors back to an earlier time. Quaint shops add to the atmosphere. The Nichols House Museum and Harrison Gray Otis House are two historic homes that offer tours. In 1634, residents erected a mast with an iron tar bucket at the top, which when lighted provided a warning beacon, causing the area to be renamed Beacon Hill.

Back Bay is lined with Elegant Victorian townhouses and brownstone residences, art galleries, trendy cafes and shops and boutiques on fashionable Newbury Street. Back Bay landmarks include the massive Boston Public Library, Copley Square, Copley Place and the Prudential Center. The Sky Walk on the 50th floor of the Prudential Tower affords a 360 degree view of the city and surrounding areas. Back Bay was once under the water of the Charles River. Filling the bay began in 1857 and took more than 30 years to complete.

The Fenway district may take its name from Fenway Park, but in the historic home of the Boston Red Sox, there’s much more there than baseball, including the Museum of Fine Arts, Symphony Hall and Harvard Medical School.

Chinatown is just southeast of Boston Common. This densely packed area is said to be the third largest Asian neighborhood in the country. There are plenty of good places to eat and markets full of luxurious fabrics, porcelain and jade to peruse.

The Theatre District lies between Boston Common and Chinatown, and ballet, opera, Broadway productions and comedy shows comprise regular entertainment fare in this small but lively district. Nearby restaurants service patrons before and after shows. Bay Village borders the district with brick townhouses lining narrow streets lighted by gas lamps. Downtown Crossing is a bustling downtown shopping area, blocked to vehicular traffic and located between the Financial District and Government Center and north of Chinatown. There are department stores, the world-famous Filene’s Basement, other retailers and a host of street venders. This stop on the Freedom Trail is busiest during the day. Faneuil Hall Marketplace and Quincy Market are just east of Government Center. The Waterfront, Christopher Columbus Park and the magnificent New England Aquarium are located just east. Harbor cruises leave from Long Wharf and Rowes Wharf.

The North End is the city’s oldest residential neighborhood and is one of its most colorful with shops and cafes offering homemade pastas, fresh-baked breads, cappuccino, espresso and gelato. The Old North Church and the Paul Revere House are notable sites to see.

What not to miss

With so much to see and do, one can only provide a very brief overview of this fascinating city. A great way to get some exercise and see many of the most interesting sites is to walk the Freedom Trail. Most visitor’s guides recommend a day for walking the trail, allowing time for stops at locations of interest. If you don’t have that much time, start off anyway. Go as far as your time and energy permit. Then take a cab back to the hotel.

A faster, less strenuous way to see the sights is taking one or multiple tours, and NECA has organized several excellent ones. For details, go to www.necaconvention.org/convention/tours.

For many of us, dining is the best part of visiting any great city, and Boston’s fine restaurants will not disappoint. Fresh seafood and tasty New England dishes are in abundance, but Italian, Irish and Asian cuisine are plentiful, too, as well as steaks and chops and even Southern barbecue. The following are some suggestions not too far from NECA hotels:

Unfortunately one of Boston’s best-known seafood spots, Jimmy’s Harborside Restaurant, will be closed during NECA’s visit.

After a day of convention business, time on the exhibit floor and a wonderful dinner, Boston offers a wide array of nighttime entertainment. For a guide of what’s happening, check the “Calendar” section in Thursday’s Boston Globe and “The Edge” in the Friday Boston Herald. These entertainment sections also are available in both newspapers’ online editions, www.boston.com and www.bostonherald.com.

The free magazine, Improper Bostonian, available at more than 200 boxes and hundreds of retailers throughout the area, contains an “Eat/Drink” section and “Agenda” with a two-week calendar of events.

Many of Boston’s most historic and interesting sites can be found by walking the Freedom Trail, which starts at Boston Common and ends at the Bunker Hill Monument. At the park’s visitor center, pick up a free map and information about the route and sites along the way, and set out for a journey through the past. Go at your own pace, and spend as much time as you like at the sites that interest you most. If you prefer, guided tours are also available.

Just across the Charles River from Boston, Cambridge is best known as home to Harvard University and the Massachusetts Institute of Technology (MIT), but this pleasant city—often called Boston’s “left bank”—is full of historic sites, museums, cafes, book shops and boutiques. With the establishment of Harvard College in 1636, higher education in the American colonies was born. Cambridge is a city of “squares” that are reached from Boston by the various bridges across the river. Harvard Square is a hub of activity with more than 100 restaurants, sidewalk cafes and shops, more than two dozen bookstores and lively entertainment provided by street performers.

For more information about Boston and surrounding areas, including events and activities during your stay, go to the Web sites of the Greater Boston Convention & Visitors Bureau, www.bostonusa.com.

Plan on driving in Boston during or after the NECA show?
In the best of circumstances, the city can be one of the most confusing and frustrating for visitors to navigate, and it will be worse in October. Portions of tunnels, including the Ted Williams Tunnel that carries traffic from the city to and from Logan International Airport, were closed in July after ceiling panels broke loose and fell on the roadway, killing a passenger riding in a car. Subsequently, other loose panels were found and sections of tunnels in the Central Artery/Tunnel (CA/T) system and ramps (better known as the “Big Dig”) were closed for repairs. In the interim, several alternate routes were available.

On August 9, the Ted Williams tunnel reopened to traffic, but that doesn’t necessarily mean it will be open in September; the situation changes from day to day. Check with rental car personnel before leaving the airport and with hotel staff before going to the airport for the trip home.

Taxi and shuttle services are available as usual, but expect trips to and from the airport to take longer than in the past.

The Big Dig is the most costly highway construction project in American history; $14.6 billion had been spent when the last major segment opened in 2003. Plagued with problems from the beginning, the July accident and discovery of other loose ceiling panels resulted in a storm of criticism in the city, and investigation into the causes continue while extensive and expensive repairs are made.  EC

GRIFFIN, a construction and tools writer from Oklahoma City, can be reached at 405.748.5256 or up-[email protected].