Diversity on the Rise 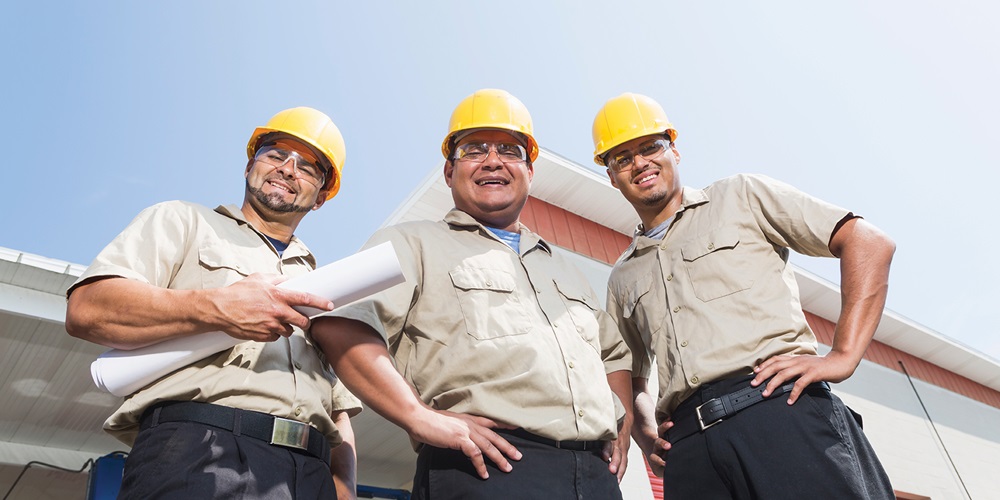 Activity on construction sites may look about the same as it did 10 years ago, but changes are underway when it comes to company diversity.

According to business analysts, diversity affects the electrical industry and the economy as a whole. Many customers—especially large companies and government entities—require (or offer) benefits if a percentage of contractors are majority-owned by an ethnic minority, woman, veteran or disadvantaged enterprise. Such companies are now securing projects where, in the past, they would have had a hard time competing against more established firms.

The Minority Business Development Agency (MBDA) is tracking diversity’s upward trend in construction. MBDA found that, between 2002 and 2007, participation of minority business enterprise (MBE) contractors in construction projects grew 60 percent nationwide. An updated survey will be released this year and is expected to corroborate that trend. By contrast, between 2002 and 2007, nonminority companies expanded by only 16 percent. There are good reasons for these trends, said Adam Goldman, MBDA research analyst.

“The demographic of the U.S. is changing,” he said, adding that nearly every major U.S. city has an increasingly diverse population, and customers are aggressively to reflect that.

Goldman said that companies know there are tangible benefits to having your work crew and partners look like the actual demographics of the United States.

Since the last survey in 2007, of the 3.4 million construction-­based companies that include electrical contractors, there are about 551,000 minority-owned businesses and 2.8 million nonminority firms. The remainder consists of those with some minority and nonminority membership.

Altogether, MBEs gross $96 billion in the construction industry and employ 425,000 workers each year. All of these statistics are expected to rise significantly with the release of the 2015 numbers, Goldman said.

“Imagining what we have seen [in previous growth] and the changing demographic, it’s hard to imagine anything otherwise,” he said.

Within electrical construction, diversity is part of the strength of the industry, as illustrated by some minority-, women- or veteran-­owned companies. Case in point, Neal Electric provides small- and large-scale installations on commercial, education, industrial and military projects, to name a few.

The company launched 31 years ago to serve the San Diego area as a mom-and-pop electrical operation. It was acquired about nine years ago by minority-owned company Meruelo Group, which has interests in construction and engineering as well as affiliated interests in real estate, food services and private equity. Neal Electric operates out of offices in Los Angeles and San Diego and shares an office with sister company Select Electric Inc., which specializes in horizontal work, such as underground cable, fiber, traffic light and signaling installations, and other power construction for the transportation sector.

Neal Electric is providing power for the $555 million San Diego Federal Courthouse and the Long Beach Terminal Island Water Reclamation Plant extension at the Port of Los Angeles. The latter will become one of the few facilities to treat wastewater and produce reclaimed water using reverse-osmosis. Construction began in early 2015.

For most projects, Neal Electric provides design/build services with its own team of engineers, and its construction management staff helps design the system before the workers get on-site.

“Design/build our preference and the company’s bread and butter,” Johnson said.

The Meruelo Group acquisition hasn’t changed the kind of work Neal Electric provides, but it does serve as an advantage when a customer is seeking to increase its MBE hiring status.

Neal Electric makes its own efforts to improve the diversity of the contractor base by seeking out subcontractors with disadvantaged business enterprise (DBE) status. Bringing more DBE businesses onto construction sites has been a priority for customers, and Neal Electric makes an effort to reach out to such businesses.

“That’s something we’re proud of,” Johnson said. “We’re a minority-­owned company, and we want to help out other minority or disadvantaged companies just like ours.”

Participation percentages of DBE companies are sometimes a mandate for government work, Johnson said. Many new, small companies fit this category; however, the goal is to help grow these companies so that they may, by nature, fall out of the category as they are able to take on larger projects.

The number of women-owned businesses in the electrical sector is rising, as well. While ownership by women is at 47 percent across all businesses in the United States, the number is much lower in industries such as construction, according to statistics measured by the National Association of Women Business Owners (NAWBO). The most recent survey results show that about 12 percent of construction businesses are woman-owned. Like many businesses in this industry, the owners often took over operations from an older family member.

Union Electric Contracting Co. has been operating in Fort Washington, Pa., for 89 years, transferring ownership from the original three owners to sole owner Alton Walker in the 1960s. Walker passed the business on to his daughter, Beverly Bortz, in the 1980s, and Bortz is company president today. Alison Smith, her daugher, has signed on as executive vice president, bringing the third generation of Walker’s family to the company.

When Bortz took the previously male-managed reins, being a woman-owned business in the electrical trade was something of an oddity, and it was no great benefit either. However, she was familiar with the industry, having grown up in it, and has no problem being the only woman in the room.

In the early 2000s, Union Electrical customers, mostly the larger general contractors and owners, asked for the company to be certified as a women’s business enterprise (WBE). Bortz said the woman-owned status was more a benefit to some of their customers than a way to attract new business, especially since the company, which focuses on commercial and industrial work, doesn’t take a lot of government projects. The company filled out the necessary forms and has recertified each year since then.

The company hasn’t seen tremendous growth since the WBE certification, but that’s not the idea, Smith said. They did it to have certification so clients could meet their own diversity requirements.

“If you do a lot of government work, it’s absolutely important,” to have that status, Bortz said. “For us, it’s just something else to show who we are.”

In the past 18 months, the company has completed work on an emergency services system and generator for Riddle Memorial Hospital, Media, Pa., and expanded a data room for Siemens Medical Solutions (acquired by Cerner this year) in Malvern, Pa. It has also done work revamping the electric grid infrastructure for General Electric in Gettysburg, Pa.

The number of veteran-owned businesses also is increasing. However, there has been an influx of experienced electricians who first must make their way through apprenticeship training.

To encourage their involvement in programs such as these, the Electrical Training ALLIANCE has launched several programs that aim to make registration easier and less expensive for those recently among the ranks of civilians. Ms. Kevin Burton, who is a veteran herself and holds a District of Columbia master electrician specialist low-voltage journeyman’s license, heads up efforts to facilitate veterans joining the program. Just getting into the program involves a lengthy application process, and she said the DCJATC is striving to offer an application day, in which veterans can take aptitude tests, tour the facility and apply for the program.

Veterans with electrical training tend to make good journeymen—not to mention business owners should they launch their own contracting company, Burton said. For one thing, the average person coming out of the service has six to 10 years of experience in military workforce and training, and that means those in the electrical area are already well-trained in aspects of electrical installation and maintenance.

“They stand out, you could pick them out in a crowd,” she said, based on their confidence and knowledge of their field. The GI Bill pays for the five-year electrical training program.

The DCJATC has been offering incentives to veterans for the past 10 years or so, Burton said, but the numbers are growing as more veterans return. As a result, the group has made an effort to expand outreach to provide more awareness, including to women who are also encouraged to join.

For contractors competing for new projects, the value of MBE or WBE status varies by state and by year. For instance, the Washington State Department of Transportation determined, in 2014, that according to its latest disparity study, contractors have reached the state’s goal of representation in the electric and construction sectors, while minority groups still face discrimination. For that reason, only women who belong to a racial minority group still qualify as a disadvantaged business.