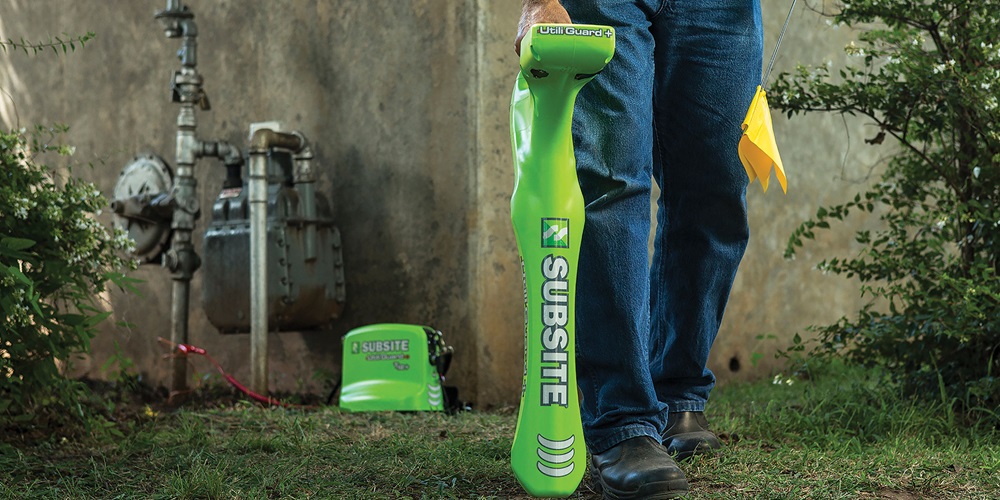 Accidental damage to underground utilities affects utility providers, businesses, government agencies and institutions, and the general public. These incidents can disrupt vital services and cause serious injury or even death. Furthermore, a few hours without power and internet can cost millions of dollars.

In December 1998, four people died and 15 were injured in an explosion that destroyed three buildings and damaged many others in St. Cloud, Minn. The explosion occurred after a construction crew accidentally punctured a buried natural gas line. Property damage alone exceeded $1 million.

Obviously, electrical utilities and contractors that construct and maintain power distribution systems have an interest in preventing damage to underground infrastructure.

Anytime an underground electrical utility is hit, there are multiple concerns, said Thomas Stutzman, SSG work manager for ComEd in Northern Illinois. Stutzman’s work group installs cable mainly in greenfield applications. Previously, he was manager of the company’s damage prevention with a work group that has front-line interactions with locators and internal/external excavating crews. Stutzman also serves as vice president for Joint Utility Locating Information for Excavators (JULIE), serving areas of the state outside Chicago.

“Both the public and the utility workers are exposed to the danger of electric shock or possible burns from the flash of the contacted electric lines,” Stutzman said. “The public also relies on the electric grid when they have medical needs that can be disrupted when power is interrupted. Further, each time a line is damaged, the utility company is exposed to future reliability issues and the degradation of the line reducing the expected life of the damaged cable.”

Hundreds of thousands of dollars in repair costs are lost from utility damages, along with customer satisfaction due to lengthy outages. While accidental utility hits are costly, Georgia Power places safety first and foremost in its efforts to prevent damage to underground infrastructure, said Allen Bell, distribution support manager for Georgia Power and a board member of the Georgia 811.

“Damage to an electric cable can cause injury and even death to those excavating and those working in close proximity to the excavation,” Bell said. “Secondly, it is a reliability-of-service issue for electric utilities. While underground systems are typically looped and most of the outages caused by excavation damage can be picked up quickly, the facilities closest to the damage will be without power until the damage is repaired. That can take several hours.”

The Common Ground Alliance (CGA)—of which Bell is an industry member—has become a driving force in bringing together every organization and person with an interest in preventing damage to underground utility infrastructure.

Established in 2000, the CGA has a membership of more than 1,800 individuals, organizations and sponsors from every facet of the underground utility industry and beyond. All have a common interest in preventing utility damage, but they don’t necessarily share the approaches for preventing it. Even so, they have worked together to achieve the common goal.

The CGA collects and evaluates data to develop effective damage prevention programs. While those programs are having a positive impact, accidental utility hits still occur with frequency.

The CGA Damage Information Reporting Tool (DIRT) collects incident data submitted voluntarily by stakeholders, and the tool compiles essential details about underground damage or near-miss incidents. Data help determine root causes of incidents and focus programs to prevent underground damage. It can be incorporated into educational and training efforts, as well. A key to the success of the DIRT program has been the acceptance that information submitted is strictly confidential and that sources will not be identified.

The most recent DIRT report released in 2017 and based on 2016 data estimated damage from underground utility hits that year cost society at least $1.5 billion.

However, even though there was an increase in damages, the long-term trend is decreasing, as is the trend of ratio of damages to construction spending. The obvious first step in preventing accidental damage to buried utilities is to know where they are.

It is the task of One-Call agencies around the United States to initiate locating and marking locations of buried infrastructure on a construction site. A project owner or other party involved in a project calls One-Call, who then notifies member utility owners to locate and mark their buried pipe or cable.

Failure to properly execute this vital first step remains a primary cause of underground facility damage. Among data reported in the 2017 DIRT report is a summary of root causes of incidents. Failure to properly identify and mark locations of buried pipe and cable was responsible for 63.7 percent of utility hits. Failures included the following: Failure to test hole (pothole) (28.11 percent), notification not made (16.65 percent), markings/location not sufficient (14.57 percent), and facility not located/marked (5.19 percent). Stutzman and Bell said their companies put locating and marking as the first priority in preventing utility hits.

“ComEd’s damage-prevention team works closely with One-Call managers and investigates all damages to the system and provides outreach programs and training to contractors working near ComEd’s electrical system,” Stutzman said.

Bell said Georgia Power sees the value in complying with the law and locating its facilities accurately and in a timely manner.

“Electric facilities are unique in that each facility cannot be located when more than one electric cable is in close proximity to another,” he said. “The conductor with the strongest signal is the one that is located. We have been working closely with the excavation community and our regulator over the last year to clarify this issue in our state marking standard. The CGA Best Practices have been a great resource in our efforts. We also take extra precautions in avoiding crossbores [see box for more details] when utilizing trenchless excavation. Some of the measures include daylighting [visually exposing] utility crossings and locating private facilities in the area through ground penetrating radar.”

Regarding challenges of locating multiple electric lines, the most widely used method of locating is with handheld electromagnetic receivers used in conjunction with a small portable transmitter.

These instruments require electrical current to be passing through the line to be located, so the transmitter is necessary for live power lines. For gas, water and sewer lines, the transmitter sends current to be detected. Plastic pipe can’t be located unless tracer wire has been installed. While significant improvements have been made in this locating equipment to filter interference and separate signals, issues still can remain.

An alternative to electromagnetic equipment is ground penetrating radar, which finds inert objects. The limitation with this is radio signals cannot penetrate some types of soil.

The most recent CGA report covers locating technologies found in current equipment. New options being developed include look-ahead technology incorporating radar in drill heads of horizontal directional drilling equipment, use of GIS data to notify equipment operators proximity of underground facilities, increasing efficiency of inspections to locate and prevent crossbores (intrusion of a pipe or cable in another utility pipe—most often a sewer lateral).

In addition to DIRT and other research, the CGA conducts a wide range of damage prevention programs. The CGA Best Practices Guide is the accepted standard for preventing damage to underground facilities.

It also is working toward continuing improvements of 811 One-Call programs and educational programs targeting affected industry segments and the general public.

Ultimately, Georgia Power’s Bell said this process is all about doing your job and doing it correctly.