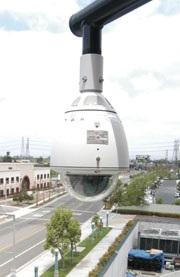 There's a growing urgency in the development of “green” or “smart” building, and learning to install its energy infrastructure-which is called integrated building systems (IBS) and involves tying together HVAC, electrical, security, lighting and fire alarm systems-could well be a boon to contractors. It's certain the importance of these cutting-edge applications will increase as supplies of oil, natural gas and coal dwindle.

“I think it will have to catch on,” said Jim Leonard, assistant vice president of products for Hunt Power/E-MON. “Go to the gas pump. Energy is not getting any cheaper and the market is going to be dictated by the cost of power. That and the affordability with the respect to power.”

This urgency was apparent at the McGraw-Hill Construction Outlook 2005 conference held Oct. 28 in Washington, D.C. During a panel discussion with three of the country's leading architects, Carl Roehling, president and CEO of SmithGroup, said many younger architects see a Leadership in Energy and Environmental Design (LEED) (www.usgbc.org/leed/leed_main.asp) accreditation as an essential resume-builder and “half of our clients ask for a LEED building.” According to the company's Web site, LEED is “a voluntary, consensus-based national standard for developing high-performance, sustainable buildings,” which means an emphasis on energy-efficient construction, and IBS are all about saving energy. However, LEED and other methods of implementing green building always face one major battle: the need to keep initial building costs low as opposed to long-term energy savings.

The main problems encountered in constructing the intelligent or integrated buildings are not technical but contractual. Leonard, a former energy and property manager, called this problem “the beast” of IBS implementation.

“It was a rude awakening if you've ever dealt with it when you're on the development side of the house; it's called 'value-engineering,'” Leonard said. “On the management side of the house-I can't tell you what it's called. It's a foul word. But someone's cutting and slashing the dollars off the table on management's way to maximize the building's efficiency. They're just trying to pick up the development dollars because the bank will only allow you to finance X amount of dollars.”

More IBS activity is an inevitability, however, and it helps that electrical contractors can be the prime IBS installer. Manufacturers are there to help, too. Leonard said 90 percent of the meters they sell are landlord-installed to recover energy in tenant use. But his company's growth is based on owners implementing check meters against the utility to discover energy-savings.

“The sweet spot for us is when a building is using in excess of $8,000 a month in electricity. That's a lot of building, basically any building over 25,000 square feet,” Leonard said. “Yes, you do need light. Yes, you do need to have it conditioned for air; however, did you ever realize or want to find out what your energy profile looks like to see if you're on the right rate schedule or some energy-saving opportunities you're not aware of?”

E-MON, Leonard said, can provide a meter for just that purpose.

“What we're doing is, if a customer in Kalamazoo, Mich., calls and says, 'Here's my $2,500 (for the meter). We find a friend we know in the electrical contracting business and call them up. It's usually somebody who has already installed E-Mon and we give them the bone,” Leonard said. “We're finding electrical contractors business. It works for everybody.”

Lighting and HVAC are the two obvious centers for potential energy savings in a building, and the sophisticated new IBS-type controls, software and value-added services available for these systems are often mind-boggling.

For example, lighting-control manufacturer Lutron (www.lutron.com) can provide project-management teams to help a contractor design and layout projects that meet LEED and other design criteria requirements. According to their Web site, Lutron's lighting controls and software go beyond LEED prerequisites to increase energy savings by 20 to 50 percent. These design solutions include dimming and switching systems and more advance features such as:

n daylight harvesting, in which dimming ballasts and photoreceptors reduce electrical loads proportional to the daylight entering the room

n an astronomical time clock, which can schedule lighting schemes up to a year in advance

Lutron's Grafik line of products includes lighting-design software and hardware such as control panels. The software graphics package helps simplify the complex and myriad lighting arrays and makes it easy for the facility's operator to navigate through the building, said Tom Ike, Lutron's director of commercial integrated systems. AutoCAD files can be loaded into the graphics software and the building operator is actually looking at a picture of the facility.

“And he can turn lights on and off anywhere in the building from a PC,” Ike said, “and set target set points. So if you know you want a certain amount of light in a specific area, you can set those all up at one PC easily and the lighting will never go above or below that level. And that can be tied into photocells and occupancy sensors.”

Ike agreed that worldwide energy concerns, as well as the fact that people today spend increased time at the office and want their personal work space to be more comfortable and efficient, will drive the IBS success.

“So what we're saying is people are asking us to control more of the building other than the traditional conference room,” Ike said.

Electrical contractors, Ike added, should be aware of the opportunities in IBS. He sees some of the more progressive contractors making inroads by taking control of specifications and by becoming familiar with LEED and other environmental criteria.

“They're trying to get as much of the building as they can. In today's environment customers at every level are looking for fewer people to get things done, quicker and better,” Ike said. “And I think that's going to be huge for us, for contractors to do that. But they got to become educated on this. Some of them do fight it. And quite frankly they're not providing the level of project their customers probably deserve or expect. And also they're leaving money on the table.”

Security is the thing

Anyone who has attended a recent security trade show knows installing these systems is a booming business. The threat of terrorism has turned the sense of vulnerability into a hard-charging industry, and contractors who understand this are figuring out how to integrate high and low voltage. Security systems, which include biometrics, access control and other applications, can be spliced into lighting and alarm systems, which in turn can be roped together with other building systems for total integration.

But the heart of most security systems is the closed-circuit TV (CCTV) camera and its computer and image-display system. Steve Safaro, enterprise group manager with Panasonic's security division, said one focus for his company is coming up with clearer and clearer images. The better the image recognition, the better the chance to catch the crook, perpetrator or thief.

“The next most significant development is going to be even more improvement of the video source. Basically, if your image isn't captured right, you're not going to get the image recorded correctly, you're not going to see it at the other end,” he said. “There's a definite disconnect in the industry in regard to that. There's so much of a focus now on network technology that many industry professionals have forgotten the basics. This is a significant problem for all manufacturers because they have to remind people of their duty to make sure they deliver a system that can do what they intended both day and night.”

Increased LEED awareness, the acceptance of C-STAR, (the comprehensive accreditation for information transport system (ITS) installers), educated and tech-savvy contractors and product development with an eye toward nonproprietary protocols are essential to IBS growth. As with many tech applications, as the price of technology decreases, the price of an IBS will go down, too.

As E-Mon's Leonard said: “There's definitely an increase [of IBS installations] on the electrical contractor side. Because technology is affordable, where there used to be meters being installed and someone else coming along to wire it, now the contractor is wiring all the networks together.”

He also sees wireless as a big factor in the future and an “open architecture” or “open protocol” approach to products. This would allow system components from different manufacturers to integrate or “talk” to each other instead of a closed or proprietary components that block communication.

“The proponent of IBS 10 years ago was Echelon, a microprocessor with built-in open protocol,” said Leonard. “So if you manufactured something-widget X-and it had the Echelon chip in it, it already had the open-protocol capability of talking to each other. But that has never really been adopted because it doesn't give a manufacturer the ability to control their own destiny.”

Panasonic's Safaro sees clients requiring video communications for many purposes and thinks this will drive the security industry.

“For example, one area that affects electrical contractors very much is town-center surveillance. In the past, it meant cameras on street corners and having them come back to a command center,” Safaro said.

He envisions town- and city-center surveillance combined with the city-perimeter surveillance but as an aid to police. Town-center surveillance witnesses or records crimes that have occurred and takes action on them. In the future, video recorded from one location will be sent to a mobile police officer for comparison with an alleged suspect, viewing possible maps of bomb threats, evacuations and other emergency response requirements.

“They can very easily push out an image of a suspect to someone anywhere throughout a city and then if they move over to a 'hot spot' then they can stream the video in progress of an event taking place,” Safaro said. “That's going to basically set up people who know telecom and know infrastructure and know power to be the best ones to install these systems. So it's not necessarily my security dealers who know that. It's a lot of electrical contractors.” EC

FULMER, editor of ELECTRICAL CONTRACTOR and SECURITY + LIFE SAFETY SYSTEMS, can be reached at 301.215.4516 or [email protected].

John Fulmer is a freelance writer based in Joppa, Md., and former editor of ELECTRICAL CONTRACTOR magazine. He can be reached at [email protected].