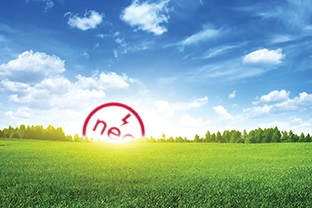 The NEC development process begins with the submission of public proposals. According to Michael Johnston, NECA’s executive director of standards and safety and NEC Correlating Committee chair, there were 3,745 proposals submitted during this latest cycle. In addition, there were more than 1,600 public comments. More than 470 volunteers engaged in all sectors of the electrical industry served on 19 different technical committees and reviewed every proposal and comment.

Throughout the process, the NEC Correlating Committee reviewed the work in its various stages to ensure there were no conflicting actions between the technical committees and that all revisions conformed both to the NEC Style Manual and NFPA regulations governing committee projects.

“The electrical industry supports the NFPA mission through each individual’s commitment and dedication to ensuring there is no compromise in electrical safety as new technology is introduced and society places further demands on its electrical system,” said Alan Manche, director, industry standards for Schneider Electric.

In its review of the 2011 NEC, the Smart Grid Task Group identified system interconnections and more complex energy management systems as two key areas of focus, “whether that involved control at the local facility or from a remote location,” Manche said.

According to Johnston, clarifying which electrical loads and equipment energy management systems are permitted to control and which loads they are not was the greatest concern.

“We also wanted to develop a prescriptive set of rules that could be referred to from other energy codes that typically only contain performance requirements,” he said.

Article 750 provides some specific governance over energy management systems and establishes a hierarchy of loads not permitted to be controlled by such systems. It includes a scope and definitions of terms and covers local management and load shedding.

When developing Article 750, it was critical to ensure that it established definitions for control and monitoring, that the terms were used appropriately, and that the article did not over-restrict the energy management system from successfully continuing its function of monitoring critical circuits that are prohibited from being controlled, Manche said.

750’s effect on the contractor

In familiarizing themselves with Article 750, electrical contractors must remember that all the general requirements in chapters 1 through 4 of the NEC apply to energy management systems equipment installations, and those general rules are only modified or amended by the provisions in this new article.

However, the new article will provide a basis for contractors to scope energy management projects more effectively. It will also assist contractors, according to Johnston, in describing to customers what can and cannot be controlled through an energy management system.

“Article 750 establishes mandatory text that clarifies what parts of the electrical system can be controlled through energy management and aligns with the prescriptive rules for essential loads covered by NFPA 101, 99, and other NFPA standards that have performance and prescriptive rules applicable to essential and emergency standby systems,” he said.

According to Manche, the most significant change for the electrical contractor may be the article’s field marking requirement, which states that, when an energy management system is designed to control power through remote means, a directory must be posted on the controller that identifies the controlled devices and circuits.

“The concern regarding this marking was to provide the maintenance electrician with an understanding that a means may reside outside the facility beyond the control enclosure that could impact the system, electrical worker safety, and ultimately the work practices necessary to ensure the system is in an electrically safe working condition,” he said.

The additional marking during installation may be viewed as a burden; however, there is significant benefit to electricians who understand and safely engage the electrical system and potentially complete work in a more timely manner.

As a new addition, Article 750 will likely grow during the next few development cycles. And as smart grid efforts and initiatives develop, the new requirements in the NEC will help ensure that essential electrical loads will be operational when called on and not be trumped by efforts to control energy use.