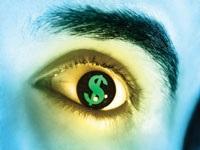 Even with a new administration coming to Washington, D.C., next month, electrical contractors will struggle to accept the recent bailout and its effect on the economy. What can we learn from the factors that created the debacle?

CEOs can be seduced by power and isolated by sycophants that convince them of their infallibility. If you have earned your management position through hard work, sacrifice, brilliant negotiation strategies and undeniable expertise, make sure you solicit the opinions of those who will challenge your decisions, or you will lose perspective.

Wall Street was populated by bright businesspeople who lost perspective and developed an exaggerated sense of their own worth. No individual—in business or basketball—is worth millions of dollars annually. No one can create that much value as an individual or manage multibillion-dollar systems. No one is infallible.

Don’t make the same mistakes by creating too much distance between you and those who work for you, either financially or collaboratively. Cultivate the opinions of those who disagree with your way of thinking. When you get to the top of the mountain, the lack of oxygen can alter your thinking, and that can spell disaster if your support team is back at base camp.

No one would presume upper managers are incompetent and ignorant of financial and strategic issues, despite the statement of billionaire Gordon Gecko in the movie “Wall Street,” when he condemns the incompetence of the Teldar company’s officers, telling stockholders, “The new law of evolution in corporate America seems to be survival of the unfittest.”

Perhaps it isn’t their fault. Our massive corporations are like the Titanic: by the time the decision-makers spot the iceberg, it is too late to turn the ship. Small businesses, like smaller ships, can turn and avoid the obstacles. Economic ignorance is systemic. No one has any idea where the icebergs are, so no regulatory system can keep major corporations from sinking. Economists simply cannot predict results with accuracy in this financial environment.

Part of the problem is that investment activity has evolved. Historically, markets progressed upward gradually with minor corrections, driven by small investors who traded hundreds or thousands of shares at a time. Today, large fund managers cause major swings by trading millions of shares, and global markets are so intertwined that the ripple effects circumnavigate the globe within hours.

Picture a pendulum in a grandfather clock, swinging steadily in a narrow arc, keeping a predictable rhythm. Suddenly, you push that pendulum hard, and it swings erratically, no longer keeping the correct time. In the markets today, we have no steady pace. Wide swings scare investors, who react and perpetuate the erratic pattern. The media picks up the story and scares the public, who stops buying unnecessary items, causing prices to drop. The economy gets worse, and the Federal Reserve Board fiddles with interest rates while the federal government writes “stimulus” checks and increases its debt. Do you begin to see the picture?

There is no solution to this dilemma. Don’t wait for an expert to explain the present or predict the future. Just have patience and wait. When ignorance is the status quo, stay off the Titanic and watch for icebergs from your own bridge.

The public reacts viscerally to the word “greed,” and the regulation intended to curb its consequences shackles free enterprise and creates creeping socialism. Is greed a sin to be punished or an incentive to invest and create profitable companies that drive the economy?

Gordon Gecko said, “Greed is right. Greed works. Greed clarifies, cuts through, and captures the essence of the evolutionary spirit. Greed in all of its forms—greed for life, for money, for love, knowledge—has marked the upward surge of mankind.”

Associating capitalism with greed is a distortion of what Adam Smith wrote in 1776. In “The Wealth of Nations,” he described capitalism as an economic system in which means of production and distribution are privately owned, based on the concept of wealth accumulation in a free market. Those who invest their capital control production of goods and services.

In contrast, Karl Marx and Friederich Engels postulated that the means of production should be controlled by those who invest their own labor. Their 1848 “Communist Manifesto” promoted an egalitarian society free of coercive government or a ruling class, where everyone would enjoy abundance, based on the principle, “From each according to his ability, to each according to his need.”

Unfortunately, the pure theory is often distorted in its application. Those to whom Gecko proselytized embraced greed as an incentive to drive wealth accumulation. What will drive the future of your electrical contracting business—a little greed to motivate you, acceptance that some ignorance is inevitable, and a dissenter to shake your pedestal occasionally? You could do worse.

NORBERG-JOHNSON is a former subcontractor and past president of two national construction associations. She may be reached at [email protected].