2018 Profile of the Electrical Contractor, Part 2: Getting to Work 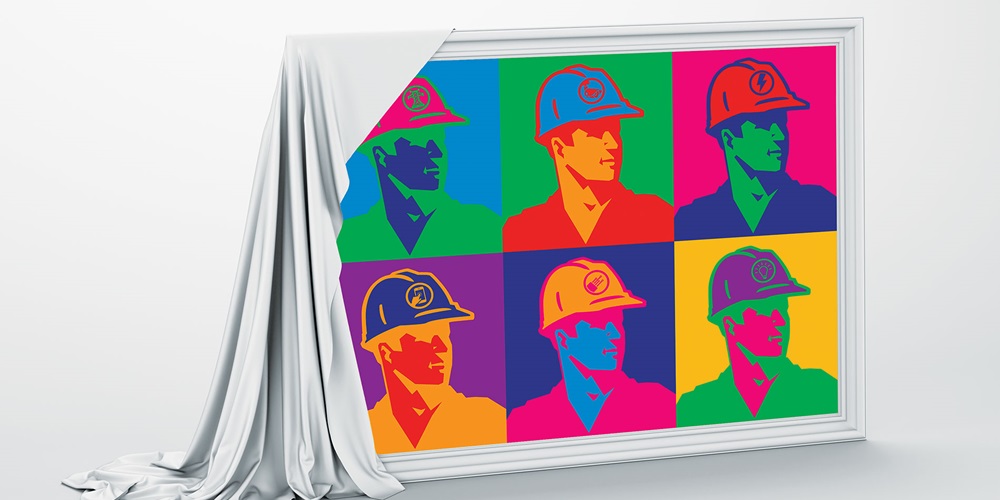 We covered a lot of ground in the first installment of the 2018 Profile of the Electrical Contractor. We learned electrical contractors are getting older, primarily work for smaller companies and mostly saw their firms’ head counts stay the same or grow over the course of 2017. This month, we look at how ECs get their work done. How are their teams structured? Who are they working with? What is their influence over specifications and product selection? These are just some of the questions we explore as we finish up this two-part series.

Teamwork remains an important part of ECs’ work—across our total sample, 69 percent of respondents said they had performed design-build (DB) or design-assist (DA) work during 2017 (our survey asks about work done in the previous calendar year). This represents a drop from our 2016 survey, when 73 percent of respondents reported having worked under such arrangements the previous year. The difference seems to be the result of a drop in the number of firms with 10 or more employees doing DB or DA work in 2017. These larger companies still participated in DB and DA work at a rate of 81 percent, but that’s down from an 86 percent figure in our last survey.

As another insight, we noted that DB was significantly more important than DA for firms with 1–9 employees, while DB and DA were nearly equal in related revenue for companies with 100-plus workers.

We use revenue as a metric for understanding just how much of each type of work ECs now are completing; on average, we found 41 percent of EC revenue came from projects handled on a DB or DA basis. DB takes the lead in this regard at 30 percent, versus 11 percent for DA project structures. Traditional bid-build projects dropped to 46 percent from 48 percent in 2015, a slight, though still statistically significant reduction. The category of “other delivery methods” was up sharply, to 9 percent from 6 percent two years ago. When asked to describe these methods, most respondents focused on either time and materials or some aspect of maintenance, service and repair. Participation in this category was three times as high in firms with 1-9 employees than in those with 10-plus on staff (see Figures 1 and 2).

We introduced the category of “collaborative building” in our last survey, describing a range of advanced project-delivery methods that includes integrated project delivery and virtual design and construction. These approaches require an investment in hardware and software that’s likely beyond the budgets of smaller firms. This year’s 3.2 percent average revenue across the total sample illustrates the importance of large firms in this market. While 12 percent of ECs say they’ve done any work in this category, that number goes up to 18 percent in firms with 10–19 employees and all the way up to about 38 percent in firms with 100-plus employees.

The growing importance of collaborative building for the biggest companies’ bottom lines is emphasized looking at related revenue. For the largest firms with 100-plus employees, collaborative building projects during 2017 totaled 9.3 percent of revenue, which is almost double the 5.9 percent figure from our 2016 survey.

We’ve also been tracking the use of building information modeling (BIM) over the last three studies, and perhaps surprisingly, use of this technology has remained pretty flat since 2012. Across the total sample, use of BIM has stayed between 20 percent and 22 percent, while average use has been stuck in the 6 to 7 percent range. However, as was the case in 2016, these figures mask some big variations when we look at use by firm size. While BIM use is low in firms with 1–4 employees, it builds in firms with 5–9 and 10–19 employees, and climbs yet again for those with 20–99 on staff. The largest firms also are those with the largest percentage of revenue related to BIM-driven work.

With our previous survey, we began asking ECs about professional relationships their firms have with engineers, either as consultants or as in-house staff. We hoped to gain more insight into the complexity of the work being done by today’s ECs. In 2016 and 2018, we asked about both of these possibilities separately, recognizing that these might not be either/or options—i.e., firms might work with both consulting and in-house engineers.

As we found two years ago, engineers are, indeed, common members of an EC’s team. Almost half of surveyed firms (47 percent) have such a professional relationship. This figure is statistically unchanged from our 2016 finding. Consultants are more common, with 42 percent of firms reporting a consulting relationship and 13 percent reporting their employment of an in-house engineer or separate engineering division (see Figure 3).

As one might expect, these percentages once again shift as we break our findings down by firm size. Only 31 percent of the companies with 1–4 employees have any relationship with an engineer. However, engineers quickly become more important as firms get larger; move up to a 10-plus employee company and the percentage more than doubles to 73 percent.

Another aspect of project complexity can be seen in how frequently ECs collaborate with other building trades, another area of questioning initiated with the 2016 survey. We polled our respondents on their collaboration with building owners or other design team members, as well as with the following trades: mechanical; heating, ventilation and air conditioning (HVAC); plumbing; and systems integrators from other trades.

Within the design teams described above, our respondents see themselves as having significant sway over electrical designs and specifications, with 74 percent reporting a high or medium level of influence. Interestingly, continuing a trend first spotted in 2012, perceived influence is higher for those working in smaller firms. Thirty-nine percent of those working in companies with 1–9 employees reported a high level of influence, versus 27 percent of those working for companies with 10-plus on staff.

A similarly consistent response across firm size was found in our questions regarding the building stage in which EC firms become involved in project collaboration, with only 10 percent joining the team during project design. Tied at about one-third each were the responses “Construction” and “It depends.” For 57 percent of respondents, the stage of initial involvement hasn’t changed compared to three to five years ago, while 20 percent say they now get involved earlier compared with three to five years ago. This is similar to the responses from when we first began asking these questions in 2016. Now, however, more ECs are getting involved at the construction phase (see Figure 5).

As our researchers note, this last finding isn’t unexpected: “Institutional work has a strong government component, and, therefore, perhaps a higher degree of explicit specification.”

How choices are made

So, what do specifications look like when ECs do receive them? We gave survey participants four options (single brand or proprietary, multiple brand, “or equal to,” and performance-specified) and asked them what percentage of the specifications their company receives falls into each category. On average, a single brand is specified about one-quarter of the time. Firm size yielded no real statistical difference. However, performance-based specifications are more prevalent in firms with 10-plus employees and took a big jump upward in that category to 21.3 percent, from 13.9 percent in 2016.

However, these specs aren’t always the last word in what or which products get used on a project. Respondents said they are able to make brand substitutions about two-thirds of the time, on average. ECs working in 1–9 employee firms have discretion 74 percent of the time, a figure that falls to 58 percent for those in firms with 10-plus employees.

We also found that ECs have a range of reasons for original brand selections and substitutions. As has been the case since at least our 2014 study, availability was the runaway No. 1 reason, with price following not far behind. Compatibility with existing systems, durability, prior experience and ease of installation all showed up in about 30 percent of top-three lists.

Regardless of whether the context is original brand selection or brand substitution, availability and price emerge as substantially more important than any of the other attributes as the reason for originally selecting a brand and for brand substitution (see Figure 7 for current year information). Compatibility with existing systems, which was first introduced in 2014, is now higher than or comparable to ease of installation, manufacturer reputation and made in America.

Prior experience and durability are the only two statistically significant differences between original specification and brand substitution.

Each of our biennial surveys gives us new insights into ECs’ work and business operations. This year, you told us that your confidence in the economy is high, your businesses often are venturing into new territories and that the largest firms are increasingly gaining experience in the most technologically driven project-delivery methods, including integrated design, virtual project design and collaborative building.

We’ll be checking in with you in another two years to see which of these trends have continued and what new trends are emerging. You’ll be able to read all about it in our 2020 Profile of the Electrical Contractor.