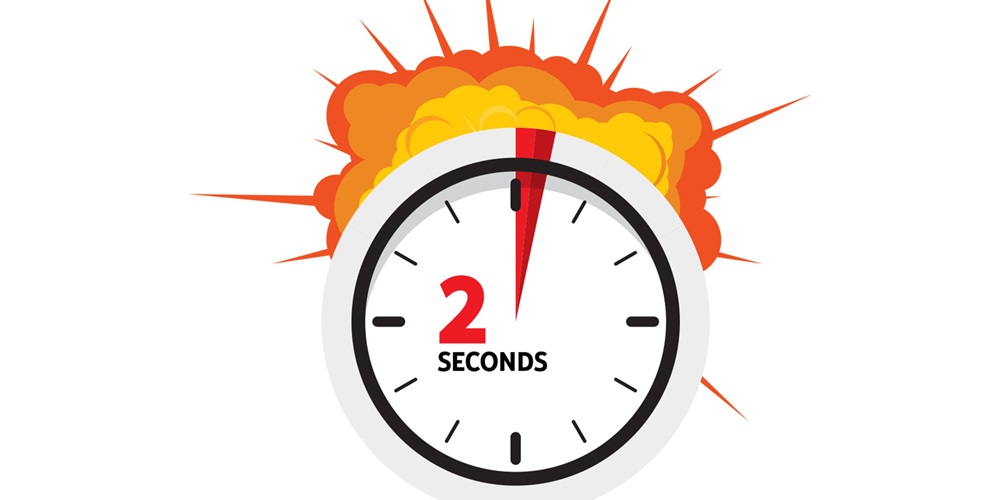 Although not an official rule, the “two-second rule” for assumed arc durations originated with the 2002 edition of IEEE 1584—IEEE Guide for Performing Arc-Flash Hazard Calculations. It is also in the 2018 edition of the standard and was added to the 2018 edition of NFPA 70E. What is so special about two seconds, and why is there sometimes confusion?

Let’s begin with the original language from the 2002 IEEE 1584: “If the time is longer than two seconds, consider how long a person is likely to remain in the location of the arc flash. It is likely that a person exposed to an arc flash will move away quickly if it is physically possible and two seconds is a reasonable maximum time for calculations. A person in a bucket truck or a person who has crawled into equipment will need more time to move away.”

An OCPD normally trips instantaneously during an arc flash. However, if the arcing current is too low, the device may trip in its time-delay region and take much longer. Or it may not trip at all.

If this happens, the calculated incident energy can be unusually large. An example from my arc flash class uses an arcing current of 2,200 amps—which is quite low—and the clearing time of the upstream protective device is more than 30 seconds. The result is a calculated incident energy over 200 calories/square centimeter (cal/cm2). As a frame of reference, basic arc flash protection is rated 8 to 12 cal/cm2. This extremely high incident energy isn’t because of a massive arc flash event; it is because the protective device’s time current characteristic indicates it will take a long time to trip. That is why the two-second rule was introduced in 2002.

The two-second rule was carried into the 2018 edition of IEEE 1584 with some additional text added: “If the total protective device clearing time is longer than two seconds, consider how long a person is likely to remain in the location of the arc flash. It is likely that a person exposed to an arc flash will move away quickly if it is physically possible, and 2 s usually is a reasonable assumption for the arc duration to determine the incident energy. However, this also depends on the specific task. A worker in a bucket truck, or inside an equipment enclosure, could need more time to move away. Use engineering judgment when applying any maximum arc duration time for incident energy exposure calculations, because there may be circumstances where a person’s egress may be blocked.”

The two-second rule was also introduced in the 2018 edition of NFPA 70E Note 2 of Table 130.7(C)(15)(b) Arc-Flash PPE Categories for Direct Current Systems, “A two-second arc duration is assumed if there is no overcurrent protective device or if the fault clearing time is not known. If the fault clearing time is known and is less than 2 seconds, an incident energy analysis could provide a more representative result.”

Both the 2018 edition of IEEE 1584 and NFPA 70E now include the term “arc duration,” which gives the impression that the arc will be extinguished within two seconds—leading to the confusion. However, two seconds is still based on the assumption that the person is out of the area by then, which is the same meaning from when it was first introduced in 2002.

Can an arc flash last longer than two seconds? It depends on many factors, and there are several internet videos showing it can last a long time. I have also seen this during arc flash testing. In the lab, a backup circuit breaker is often set at two or three seconds to protect the generator in case an arc flash sustains for an extended time. And yes, that breaker has had to trip on a few occasions.

Using the two-second cut off does require considerable judgment. Ask if the conditions are such that a person could react and quickly move out of the area? Either way, an arc flash can last longer than two seconds.

PHILLIPS, P.E., is founder of brainfiller.com and provides training globally.  He is Vice-Chair of IEEE 1584 Arc Flash Working Group, International Chair of IEC TC78 Live Working Standards and Technical Committee Member of NFPA 70E.  He can be reached at jphillips@brainfiller.com.