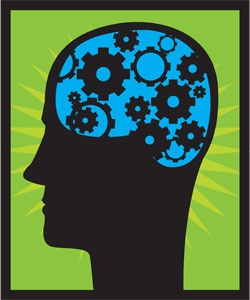 While the thick, hard bones of the skull and the surrounding membranes help protect the brain, a head injury may include an injury to the brain. The layers of protection are quite effective, since most bumps and knocks to the head cause only minor head injuries, and most times do not injure the brain. However, the skull has limits, and severe injuries can occur. Two of the more common causes for head injury are inherent risks in the construction industry: falls and struck by/struck against incidents. Construction sites are riddled with possibilities of falling or having something fall on you.

There are many different types of head injuries that are defined by what caused the injury as well as the severity. Head injuries can either be closed or open. A closed head injury occurs when the skull is not broken. An open injury occurs when there is damage to the bones of the skull, or the skull is fractured. Both types are common in the construction industry. The likelihood of a brain injury is greater in an open head injury.

When the skull is fractured, it can be damaged in two ways: linear and depressed. The type of fracture depends on how the injury occurred. A linear skull fracture is a simple break in the bones of the skull that follows a basically straight line. This type of break is typically caused by falls, by getting hit in the head or in a motor vehicle accident. A depressed injury occurs after a forceful impact by a blunt object, most commonly a hammer or another heavy yet relatively small object.

The breaking and healing of the bones of the skull is usually the easy part of a head injury. Most times there is some type of injury to the brain. The most common brain injury is a concussion. Concussions, like skull fractures, can range in severity. However, they all have one common factor: They temporarily interfere with how the brain works. All concussions, even the mildest, injure the brain. It is commonly believed that concussions always involve a loss of consciousness. However, according to Mayo Clinic, most people who have concussions never black out, and many people have had concussions and not realized it.

The signs and symptoms of a concussion may be subtle and don’t always appear immediately. Two very common and immediate signs are general confusion and amnesia. The amnesia usually involves a loss of memory of how the accident occurred. Other symptoms that usually are displayed immediately are headache, dizziness, ringing in the ears, nausea or vomiting, and slurred speech. Some concussion symptoms don’t appear until hours or days after the accident. These include mood disturbances, an increased sensitivity to light and noise, and sleep disturbances. Any or all of these symptoms can last for days, weeks or longer.

Another common brain injury is a contusion of the brain. This is a bruise on the brain that is typically caused by a direct, strong hit to the head or falling from a height. Contusions usually are more serious than concussions. The brain can be damaged at the point of impact or on the opposite side, caused by the brain striking the inside of the skull. Contusions may cause minimal physical damage to the brain, showing very few symptoms. If the swelling of the brain or bleeding in the area is severe, a contusion can be associated with a severe headache, dizziness or vomiting. The pupil of one eye may be larger that the other. Because this is an injury to a specific part of the brain, the symptoms will vary depending on which section of the brain is injured and what that section controls. For example, the ability to think, control emotions, move, feel, speak, see, hear or remember may be impacted. The person may become irritable, restless or agitated. One side of the body may become numb or weak. More severe contusions can lead to swelling within the brain, causing further damage to the brain tissue and leading to permanent damage to the brain.

Obviously there is a wide spectrum of signs and symptoms that indicate some type of head injury, from something as apparent as a bleeding scalp to something quite subtle, such as a change in pupil size. The question at a job site is, “When is medical help needed?” Immediate medical attention is necessary if the victim exhibits one of the following:

For a more severe head injury, 911 or emergency services should be called immediately. This may involve someone that has remained unconscious or whose breathing is irregular or stopped. While waiting for help to arrive, the person should be treated as though they have a spinal injury and not be moved.

The best way to avoid head injury is through prevention, and the best prevention is wearing hardhats correctly and consistently.

KELLY is a safety and health specialist with Intec, a safety consulting, training and publishing firm that offers on-site assistance and produces manuals, training videos and software for contractors. She can be reached at 800.745.4818 or [email protected]. This article was edited by Joe O’Connor.

Diane Kelly is a safety and health specialist with Intec, a safety consulting, training and publishing firm that offers on-site assistance and produces manuals, training videos and software for contractors. She can be reached at 800.745.4818 or [email protected].