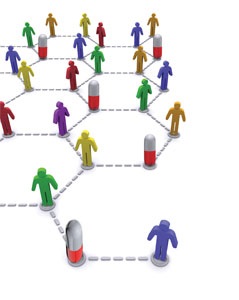 Illicit drugs and alcohol are leading contributors to injuries and deaths on job sites, and the electrical construction industry is encouraging drug testing to head off this dangerous trend. The highest rates of drug use are found in the construction trades. The AFL-CIO’s Building and Construction Trades department reports that about 12 percent of construction workers admit to substance abuse—more than twice the rate of all other industries.

The Dallas-based International Risk Management Institute reports that substance abusers have accidents about four times more often than their nonimpaired counterparts. Additional investigations of construction-site accidents discovered that 50 percent involved at least one person who was impaired by drugs or alcohol.

The problem is obvious. The way to thwart many drug- and alcohol-related injuries and deaths is to employ a comprehensive sub-stance-abuse program with testing.

According to a 2001 study published in The Journal of Construction Engineering and Management, the average company that tested for drugs experienced a more than 50 percent reduction in its injury rate, from 8.92 incidents per 200,000 man-hours to 4.36 incidents. The Occupational Safety and Health Administration (OSHA) recommends that a drug-free workplace program include a policy, supervi-sor training, employee education, employee assistance and drug testing.

No model exists for the construction industry’s best drug-free workplace or drug-testing program. Still, due to the construction in-dustry’s inherent risk for accidents and injuries, drug testing is a growing practice among contractors.

Currently, establishing a drug-free workplace or a drug-testing program is not required, but there also are no prohibitions for doing so. Incentives are stacking up with workers’ compensation benefits in many states. Laws vary from state to state, but most states offer a work-ers’ compensation discount of about 5 percent for those who implement a drug-testing policy. In addition, more construction project own-ers and managers are seeking contractors with drug-free programs.

Finding the right drug-testing and treatment plan requires some education and flexibility. Declaring your business a drug-free work-place begins with employee education but requires much more. The National Drug Free Workplace program is one option for employers that allows them to access a network of providers, learn about the options and even be trained in how to implement drug-testing program, how to recognize when someone needs help, and how to offer that help if it is necessary.

A particular focus is placed on small businesses, since they are less likely than their larger counterparts to have mechanisms in place to prevent workplace substance abuse—despite being more likely to suffer from its negative impact.

“Smaller companies often just don’t have the resources,” said Lana Beck, national director of the National Drug-Free Workplace Al-liance. For that reason, the alliance offers support to companies as well as networking.

“When a company gets a program in place, it’s extremely important to do it right. That’s why they need a network,” Beck said. “So you’re not just doing a program because someone said so, but doing something that will benefit the safety of the company and your em-ployees.”

To have a drug-free policy is one thing, but employers also must have a clearly defined procedure both for drug testing and for what happens in the event of a positive drug test.

“These are the kinds of things you need to continually look at and to work with your employees on,” Beck said. Most employees are willing to assist in drug-free policies, she said, since in hazardous work, such as electrical construction, electricians who are intoxicated pose a risk for their coworkers.

“It’s important for employers to understand that you don’t just solve problems by drug testing. If people know they will be subjected to random testing, it does deter the causal users,” Beck said. “[However,] ultimately you want to educate people. Get the word out there that drugs are a safety issue, that productivity is impacted and affects the bottom line for the company.”

She said an employer who can make employees aware of the hazards related to drug use on the job will find that employees don’t stand for the practice among their coworkers.

“It’s a matter of ongoing education,” she said. “You need to set up a mechanism to help employees report a problem when they see it, so they can report a violation without being intimidated. If they realize it’s their safety and health of the company on the line, they are more likely to act,” Beck said.

There are other incentives beyond simple safety issues when it comes to drug policies. In many areas, builders may enact policies to select contractors with a drug-testing policy in place over ones that do not.

“I would also encourage employers, when placing ads for employment, to advertise the fact that it is a drug-free workplace,” Beck said. While many employers have begun requiring a pre-employment drug test, others advocate random testing to ensure drug use does not continue once the job is secured.

“They are the eyes and ears of your organization,” she said. “They should be trained, so they know what performance indicators to watch for.”

“If they are inadequately trained, they are dangerous. They think they are an expert,” she said, and they need to learn not to diagnose or to intervene.

“There is still a lot of education, a lot of work to be done,” said Peter Cholakis, marketing vice president at drug-testing firm Avitar Technologies. He urged managers to adopt a drug-free program and then develop a written policy that is followed to the letter.

“And it must include education, assistance and random testing,” he said, adding that with drug testing, “the goal is not to catch peo-ple. The goal is prevention and deterrence.”

That can be accomplished only with random testing, since pre-employment tests can confirm drug use only in the days prior to a new hire Cholakis said.

“If someone knows that their job depends on not using drugs, they will change their behavior,” Cholakis said. He added that education and awareness can help employees recognize drug abuse among their coworkers or family members and to understand how to address it, as well.

Different types of tests exist, and contractors must learn about each to determine which kinds to implement. Urine testing is most common, but it has drawbacks. There are organizations devoted to helping testers beat the system either with artificial urine, adulter-ated urine or someone else’s urine.

Avitar offers an oral test that the company feels is an advantage over urine testing. The tests can be done in front of the administrator, reducing the chance for fraud—a common weakness with urine samples.

Cholakis argued that prescription drug abuse is a growing and more dangerous drug problem, and a system that does not register it is missing a large percentage of drug abusers. However, oral tests are less likely to register marijuana use.

Costs also are a factor in test choice. On-site oral fluid tests cost about $15 to $20. If the test requires a confirmation, it could cost another $20. In addition, the cost of missed work must be factored in. Employees typically miss about three hours of work while going for random drug tests.

Despite the costs, Robert DuPont, president of the Institute for Behavior and Health, Rockville, Md., said the future of drug testing is in random tests and also varying the types of tests to deter cheating and gaps in coverage.

DuPont said a combination of oral fluid, urine and hair tests is the best approach for employers because drug abusers cannot as easily anticipate a test and prepare a method to cheat it.

“Urine’s Achilles heel is cheating,” he said, “[while] oral fluids are insensitive to marijuana use. I think that’s a problem that can be fixed,” he said. Thus far, most oral fluid tests still miss marijuana use. Hair samples cannot display drug use in the immediate week before the test, but can date back in the hair shaft several months.

Regardless of the method chosen, drug testing can certainly alieviate safety issues.

“Some industries are doing that more than others,” DuPont said. Employees benefit the most from drug testing because it is pre-ventative. It ensures they have a safe workplace and don’t have to carry the load for someone who is under the influence of drugs or alcohol on the work site.

“No one wants to get rid of their workers,” he said, pointing out that it is more expensive to seek a replacement and train someone new than it is to rehabilitate an employee. He added that the system must be discreet. A manager must designate an employee represen-tative who is the only staff member to review and address the drug-testing results with employees who test positive.