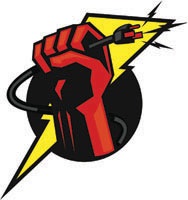 Dynamite, gasoline, gunpowder and electricity: What do these have in common? Each one can explode. Something as simple as the slip of a screwdriver can cause the electric power system to act like a bomb. Technically known as an arc flash, this potentially devastating explosion can occur when accidental contact is made between energized conductors or between one conductor and a grounded surface, such as an equipment enclosure.

During the arc flash, a short circuit occurs and the current arcs across an air gap created by the conductors blowing apart from each other or when they melt open. Depending on many different factors, the arc flash can be anything from a few minor, uneventful sparks to a massive explosion and fireball.

Every year, thousands are admitted to hospitals for injuries resulting from arc flash, and many ultimately die. In addition to severe burns, blast pressures can reach thousands of pounds, causing blunt-force trauma injury. The ultraviolet light that is part of the flash can cause eye injury and blindness. Even the boom can produce sound pressures of 160 decibels or more, enough to cause major hearing damage.

The severity of an arc flash is defined in terms of its incident (thermal) energy, which is measured as calories per centimeter2 (cal/cm2). This is the amount of energy that can reach the worker standing a specific distance, known as the “working distance,” away from the arc. Typically, the working distance is 18 to 36 inches, depending on the task being performed and the equipment being worked on.

A simple analogy is to hold your hand over an open flame. (The phrase, “Don’t try this at home,” comes to mind.) If you hold your hand close to the flame, you likely will be burned very quickly (higher energy per time, shorter duration). If you move your hand further above the flame, you can keep it there a little bit longer (lower energy per time, longer duration). This same principle holds true for incident energy.

Protecting a worker from arc flash usually requires wearing clothing made from flame-resistant (FR) fabric and using personal protective equipment (PPE), such as a hardhat and arc-rated face shield. The FR clothing comes in various arc ratings that define the maximum amount of incident energy it can be exposed to while limiting the amount of incident energy at the skin to no more than 1.2 cal/cm2.

It is widely accepted that 1.2 cal/cm2 is the incident energy that can produce the onset of a second-degree burn; this means you still can receive some burn injury even when wearing FR clothing. Proper selection of FR clothing and PPE requires that the arc rating must be greater than the available incident energy.

There are several codes and standards that define when and what type of FR clothing and PPE is required. At the top of the standards hierarchy is the Occupational Safety and Health Administration (OSHA), which sets the general requirements for protection. OSHA relies on consensus standards, such as the National Fire Protection Association’s 70E, Standard for Electrical Safety in the Workplace, to define the actual methods to use for selecting the protection. IEEE 1584—IEEE Guide for Performing Arc Flash Hazard Calculations is the most widely accepted method for performing incident energy calculations that are used for the selection of FR clothing and PPE.

The best protection method is to work on the system unplugged. Establishing this condition requires many steps, such as de-energizing the circuit, using proper lockout/tagout procedures, and verifying the absence of voltage and grounding if necessary. Like removing the dynamite from a bomb, removing the electrical power from the circuit eliminates what can explode.

PHILLIPS, founder of www.brainfiller.com and www.ArcFlashForum.com, is an internationally known educator on electrical power systems. His experience includes industrial, commercial and utility systems, and he is a member of the IEEE 1584 Arc Flash Working Group. You can reach him at [email protected].