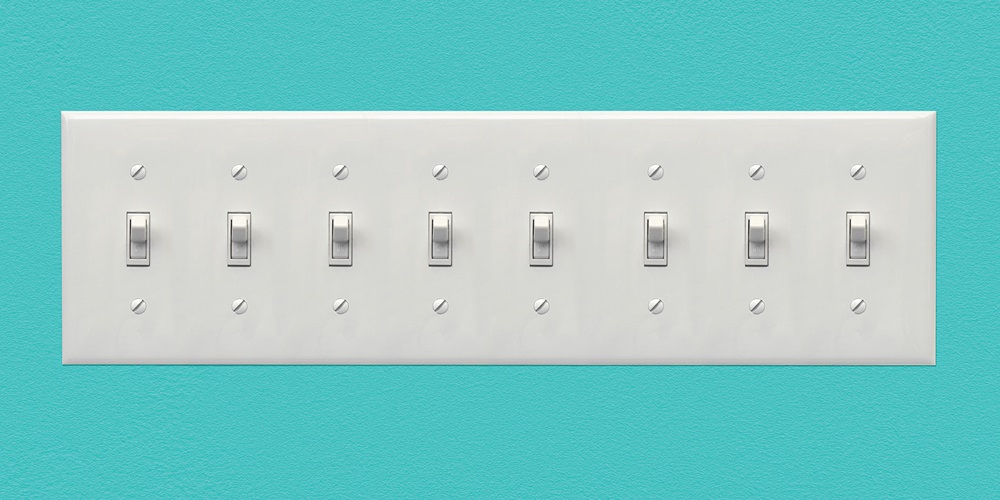 When I was an electrician, I tried to ensure the location and sequence of switches made sense, especially when there were several installed in one location. My goal was that homeowners could understand the installations and identify which switch controlled the lights, the ceiling fans and switched receptacles.

The National Electrical Code requires receptacles to be installed in dwelling units so that no point measured horizontally along the floor line of any wall space is more than 6 feet from a receptacle outlet. However, locating receptacles based on the NEC doesn’t make them easily accessible or readily used after installation.

We always located the bathroom ceiling exhaust fan switch at a location within easy reach of the commode. It’s also a good idea to install a duplex receptacle on the left side of the commode within 12 inches of the floor to provide power for a bidet seat with built-in heater and fan. I saw that type of installation in Japan.

We also provided a dedicated 20-ampere circuit for the receptacles in each bathroom to accommodate electric styling tools. For one customer, we installed a separate GFCI outlet without receptacles in a master bathroom that controlled the GFCI-protected receptacles in the daughter’s bathroom. This gave him the ability to hit the test switch in his bathroom to turn off the power in his daughter’s receptacles so she knew it was time to catch the school bus. The daughter was not happy about the arrangement.

One customer wanted the security lights on the outside of the home to come on when he opened the garage door. I connected the outside lighting circuits to a controller with a low-voltage coil rated at the same voltage as the garage door opener, and I located additional low-voltage switches in various areas around the house so he could actuate the controller.

When we wired a multistory home or one with a basement, I always installed an empty raceway, usually PVC, from the basement or the first floor to the attic to permit future circuits to be installed through the chase. Since the Phoenix area has so many swimming pools, many installed after the home’s initial construction, we installed a PVC conduit from the service location to the area on the opposite side of the home for future power for the swimming pool.

As a residential contractor, it’s always good to put yourself into the shoes of the homeowner while trying to understand how the space will be used. They might come back to you when they need more work done.