Ahead Of The Dimming Curve 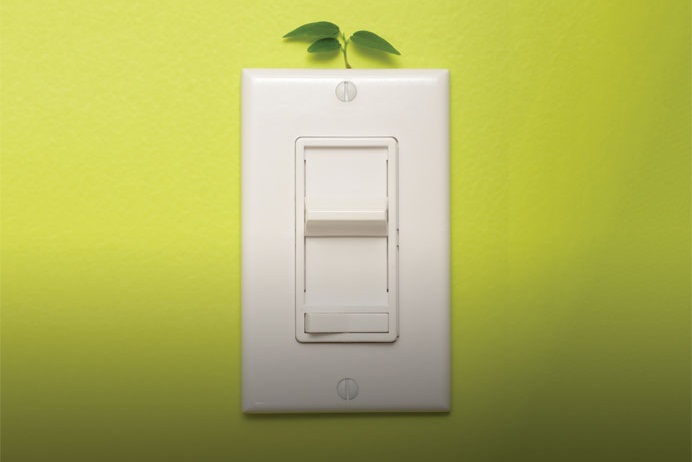 Traditionally, most dimmable LED drivers could not dim below 10 percent of lighting power, which is 32 percent of perceived light level. Advances in LED driver technology, however, are breaking down that wall. Dimming to 1 percent is becoming standard, and some drivers are capable of dimming to nearly 0 percent. Further, some high-end driver manufacturers offer a “soft on” effect that enables a smooth rather than abrupt transition to and from off to the low end, similar to incandescent dimming.

As dimming becomes more important, electrical contractors may benefit by becoming familiar with dimming curves. The dimming curve defines how dimmers set voltage output in response to control signal input, such as a slider position. Intuitively, it would appear optimal for an LED light to dim in direct proportion to the input, what we would call a linear curve. If we push a slider halfway down on a dimmer, light output should reduce by 50 percent. It is indeed suitable for energy-saving applications. When dimming for visual needs, however, it often isn’t. In this case, the source ideally will dim along a nonlinear curve that matches user expectations (perceived as linear) and accounts for how the eye works.

People are more sensitive to light-level changes when in low light. At lower light levels, the eye’s pupil compensates by opening wider, resulting in a higher perceived light output and light level than is actually present. This effect is predictable according to the square law, which defines the theoretical relationship between light level and perceived brightness: perceived light = square root (measured light).

Therefore, the dimming effect may be linear, with a proportional raise/lower output response to dimming input, or nonlinear, with the response being along a square-law, power-law or modified linear curve.

Many incandescent dimmers dim on a square-law curve (also called a logarithmic curve by some manufacturers), resulting in a dimming effect that users perceive as linear (natural). With LED and fluorescent sources, the dimming curve is the result of the interaction of response curves residing in both the dimmer (dimmer setting to output signal) and the driver or ballast (input signal to current output). Pairing dimmers and drivers or ballasts with different curves can produce a very different dimming response. Improper matching may result in light output not appearing to correspond with the dimmer setting.

Matching a linear dimmer with a linear driver will produce a linear dimming curve, which does not match the eye’s response. This dimming curve may be suitable for energy-saving applications using automatic controls. It may also be suitable for some visual needs applications where the change in light level is important but the transition between light levels isn’t, such as changing light level at a certain time of day and maintaining that level for a long time.

Most DALI and 0–10-volt dimmers are linear and can be matched with a linear or square-law driver. DMX-control applications typically require dynamic light-level control and, therefore, will often need a square-law dimming curve. The development of programmable drivers allows custom or adjustable dimming profiles, if needed, typically for digital control systems.

For optimal performance, pair dimmer and driver curves to create the intended effect. Choosing drivers specifically matched to controls or tested together will generally ensure acceptable results. Using the same dimming curve across multiple drivers and controls on a single job will provide desired consistency. With the right combination of dimmer and driver, you should not experience any perceived “dead travel” or change in dimmer setting resulting in no perceptible change in light output. The proper pairing of the dimming curve provided by the driver and control will ensure an excellent end-user experience when dimming LEDs.