Is There A Difference? 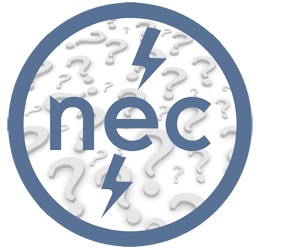 In the 2005 National Electrical Code (NEC) process, proposals were submitted to change the phrase “equipment grounding conductor” to “equipment bonding conductor” wherever the phrase existed throughout the NEC. Since these phrases were found throughout the NEC, all 19 Code panels received proposals dealing with this suggested change; however, Panel 5 had jurisdiction over most general and specific grounding and bonding issues, so most of the panels deferred to Panel 5 to accept or reject this major change within the NEC. At the proposal stage, there were a total of 16 members, nine of whom voted affirmative and seven voted negative to accept the proposal to change equipment grounding conductors to equipment bonding conductors. The proposal would have required a two-thirds majority in favor of acceptance, or 11 members would have had to vote affirmative. I will try to accurately provide both sides of the discussion that ensued, as well as the reason why the proposals were all ultimately rejected.

The substantiation provided with most of these proposals to change to “equipment bonding conductor” was as follows: “The concept is simple. The terms ‘grounding’ and ‘bonding’ are frequently misused and misunderstood. Systems are either grounded or they are not and, in either case, a path for fault current is provided for all normally non-current carrying metal parts of equipment that is supplied from that system. If systems are grounded, several sections prohibit re-grounding or using the grounded conductor as a fault current path, other than for specific limited situations. This conductor is more appropriately called a bonding conductor because its function of clearing faults exists, whether the system is grounded or not. A proposal is being submitted to each panel to change the term ‘equipment grounding conductor’ to ‘equipment bonding conductor’. The equipment grounding conductor definition could remain so that the term can still be used in product standards and the equipment grounding terminal of receptacles be thought of as the point of connection for utilization equipment. The term bonding jumper was not used because it is typically viewed as being short in length. It is understood that this is not a simple change but to increase usability and understanding of the requirements the long term benefits support the effort.”

In providing the negative statements, I will supply the text that most accurately gives the reason for voting against the change. One member of Panel 5 stated as follows in his statement for his negative vote: “The acceptance of this proposal will change a long-standing term and affect every segment of the NEC community including installers, maintainers, manufacturers, users and enforcers. This change by itself does nothing to improve clarity and is likely to cause enormous confusion among electrical practitioners. While the proposed change is unnecessary, it will create confusion due to a change to long-standing terms, and impose significant hardship on many segments of the electrical community including manufacturers, engineers, and developers of product and installation standards. Probably, every document dealing with installation and construction of electrical equipment or premises wiring will require revision. This will create significant problems and mismatches between installation documents, user manuals, product standards and the NEC.”

Another Panel 5 member said in his negative statement, “there was no technical substantiation provided by the submitter. The reasoning provided by the submitter is insufficient substantiation to make a change of this magnitude. The term ‘equipment grounding conductor’ [EGC] is well known throughout the industry. If this term is to be replaced, it should be replaced with a unique term that will not be confused as to its purpose. The term ‘bonding conductor’ is more confusing than the present language and would not make the code clearer. The term ‘bonding’ is regularly used in association with the grounding electrode system. It is also used in association with the grounded or neutral conductor. Changing the name of the grounding conductor will only confuse the industry … Before such a major change in terminology, of the magnitude proposed, can be accepted, we must be assured that all issues have been addressed and that any change will add significant clarification of usage and improvement over the present language in the NEC, to warrant the initial cost and confusion this may cause, I even question if we have the right to initiate such a far reaching, costly and potentially hazardous change to such universally accepted terms. If the panel action on this proposal remains as an ‘accept’, it will have ramifications that will impact almost every segment of the electrical industry.”

Next month’s article will explain the major rewrite that occurred for grounding and bonding throughout the NEC with a further clarification of the meaning of both equipment grounding and equipment bonding conductors.