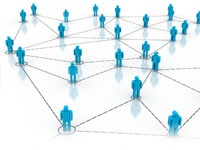 A network more powerful than the Internet, while perhaps inconceivable right now, is just one of many potentially life-changing applications for wireless sensor networks (WSN) highlighted in a special issue about Sensor Networks and Applications in Proceedings of the IEEE. Proceedings is a general interest journal in electrical engineering and computer science published by the Institute of Electrical and Electronic Engineers (IEEE).

Additional topics in that issue of Proceedings include a look at forward-thinking healthcare applications for WSN that could greatly improve electronic triage at large disasters by monitoring the injured and medical personnel; a conservation approach for using sensor networks to conserve natural resources, such as electricity, gas and water; and the emerging trend of publishing real-time sensor data on the Internet that opens up a wide variety of novel application scenarios.

“Sensor network research has grown dramatically in the seven years since Proceedings of the IEEE first published a special research issue on ‘Sensor Networks and Applications’ in August 2003,” said Neal Patwari, guest editor for the issue. “The visions for sensor networks and their applications have changed as research perspectives have shifted, so as we move forward, it is important to pause at this crossroad and look both ways to better understand how these perspectives came to be and have evolved over time.”

Sensor network research of the past decade is enabling a new tier of the Internet to emerge. As presented in “IPv6 [Internet protocol version 6] in Low-Power Wireless Networks,” by Jonathan Hui and David Culler, developments of the past decade in low-power networking technology and in Internet protocol will allow the Internet to extend into the physical world.

“A decade ago, the sensor networking community eschewed the use of IP for low-power networking because of a perception that IP was too resource-intensive and ill-suited to the needs of sensor network applications,” said Jonathan Hui of Cisco Systems. “Not being bound to particular network architecture allowed significant developments in low-power wireless networking, but it was difficult to incorporate such networks into an existing IP-based network infrastructure.”

The paper demonstrates that it is possible to take the developments in low-power wireless networking and incorporate them into IP-based network architecture.

“IPv6, the next version of the Internet protocol, designed to supersede IPv4, provides the necessary scaling and autoconfiguration properties needed to handle the expected growth of the Internet,” Hui said. “IPv6 also provides the flexibility to include sensor networking advancements in low-power communication and mesh routing within the IP framework.”

With various standards bodies—such as the Internet Engineering Task Force (IETF), Z-Wave and ZigBee—adopting IP within low-power wireless networking standards, the stage has been set for the next tier of the Internet.

“With physically embedded devices, the Internet will grow far beyond its current scale with new and unforeseen applications,” Hui said. “IP provides the necessary architecture and framework for continued innovation in the low-power wireless networking space.”

Medical care will be a major beneficiary of the research outlined in “Wireless Sensor Networks for Healthcare,” by JeongGil Ko, Chenyang Lu, Mani B. Srivastava, John A. Stankovic, Andreas Terzis and Matt Welsh, when these applications come to fruition. According to the authors, the increased portability, scalability and rapidly deployable nature of wireless-sensing systems can be used to automatically report triage levels of numerous victims and continuously track the health status of first responders at the disaster scene more effectively.

It won’t be long until smart buildings are helping us conserve both energy and money by employing WSNs that adjust instantly to optimum heating and cooling temperatures, according to a paper with environmental-research ramifications. “Circuit Design Advances for Wireless Sensing Applications,” by Dennis Sylvester, Gregory Chen, Scott Hanson and David Blaauw, provides a comprehensive review of recent work in ultra-low-power circuits with examples of specific applications for medical diagnosis, infrastructure monitoring and environmental sensing, among others.